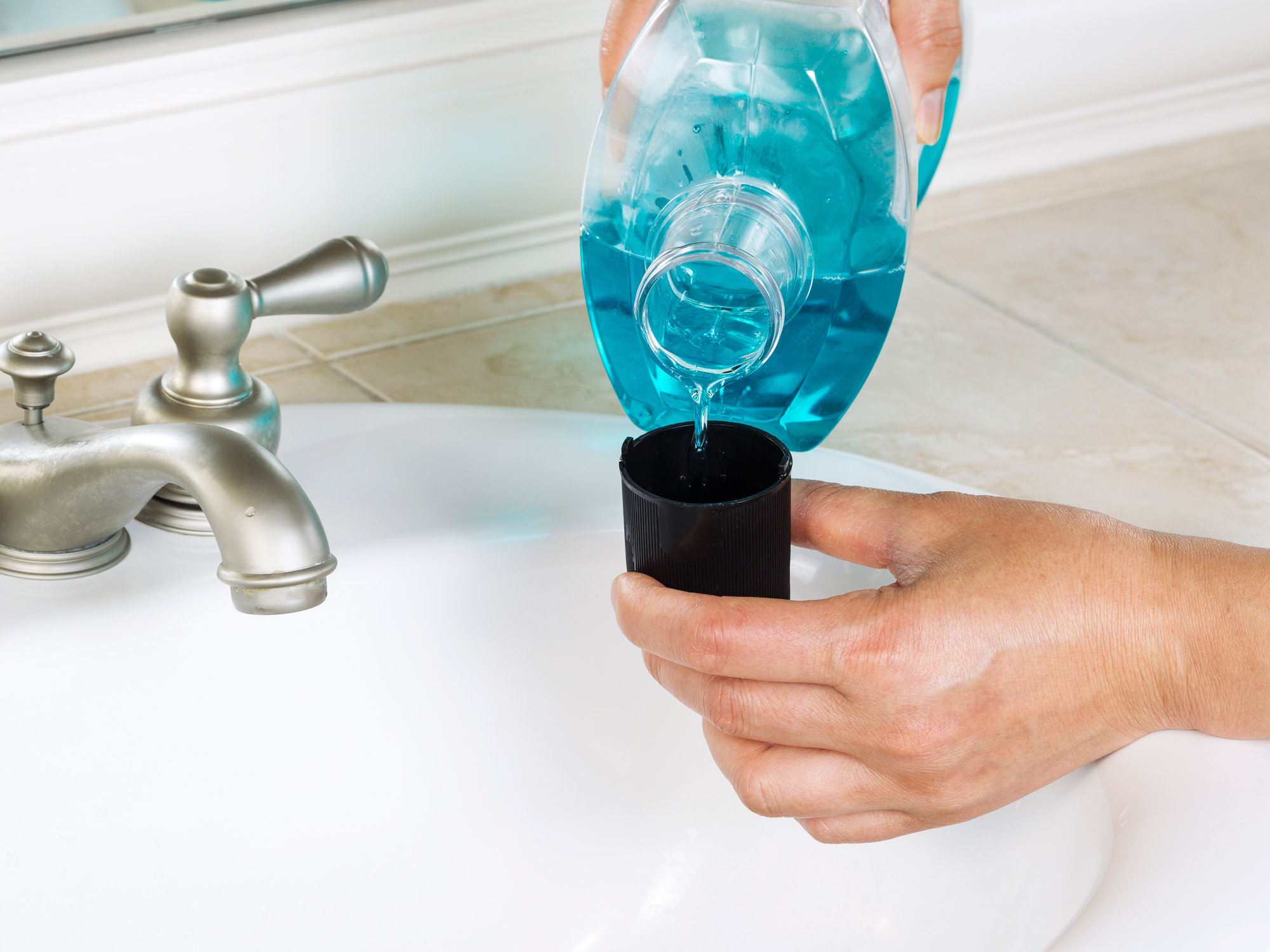 Bad breath is big business. In 1970, there were 15 brands of mouthwash…

Nobody wants to be the one who disgusts people with their foul-smelling breath, and companies like Johnson & Johnson, makers of Listerine, have been cashing in on this fear for decades.

But recent research is warning us that killing all those mouth bacteria that cause gum disease and bad breath may not be such a great idea after all. In fact, we’re learning that doing so could make us more susceptible to diabetes, cancer, and other health problems…

Increased diabetes risk with mouthwash use

Last year, researchers at the University of Alabama in Birmingham analyzed data from 1,206 overweight or obese adults who were part of the San Juan Overweight Adults Longitudinal Study.

The findings were startling. Those who reported using mouthwash at least twice daily were 55 percent more likely to develop prediabetes or diabetes over a three-year period.

Two other studies, in 2013 and 2017, support this suspicion. The 2013 study found that using mouthwash for seven days could decrease oral nitrite production by 90 percent.

Mouthwashes are full of chemicals whose risks far outweigh the benefit of having sweet breath or whiter teeth. Depending on the type you choose, you’re gargling and swishing with one or more of the following compounds:

It’s easy to avoid the harmful compounds found in mouthwash. Here are a few steps you can take…

Germ expert Dr. Phillip Tierno of New York University tells us that the most frequent cause for bad breath is poor dental care. When food stays stuck between teeth, and bacteria accumulate on the tongue and in the throat, the result is a foul odor.

Dr. Tierno also warns that mouthwashes containing alcohol actually make the problem worse. They dry your mouth out, making saliva glands unable to wash away bacteria. Babies, he points out, have sweet breath because they make a lot of saliva… they’re always drooling!

So, here are some things you can do to avoid the problematic effects of mouthwash.

Super-simple mouthwash: Combine a cup of filtered water with 4 teaspoons baking soda and 4 drops each of tea tree and peppermint essential oils. Shake well in a Mason jar, and use 2 Tbsps. after each meal.

Cinnamon and honey mouthwash: You might be surprised to learn that honey has dental health-promoting properties. In fact, a study published in Perspectives in Clinical Research found it to be as effective as chlorhexidine (listed above) at reducing dental plaque.

To make this sweet mouthwash, combine a cup of warm water (warm enough to melt the honey) with the juice of 2 lemons, ½ Tbsp. cinnamon powder, 1 tsp. baking soda, and 1 ½ tsp. raw honey. Shake in a Mason jar for one minute. Refrigerate, and use 2 Tbsps. after each meal.


Editor’s note: The truth is the medical establishment doesn’t want you to know the proven, simple tricks that can turn type 2 diabetes around. But you can find them in Dr. Michael Cutler’s guide, Forbidden Secrets From Nature’s Pharmacy to Reverse Diabetes and Blood Sugar Problems! To get your copy today, plus 3 FREE gifts, click here!