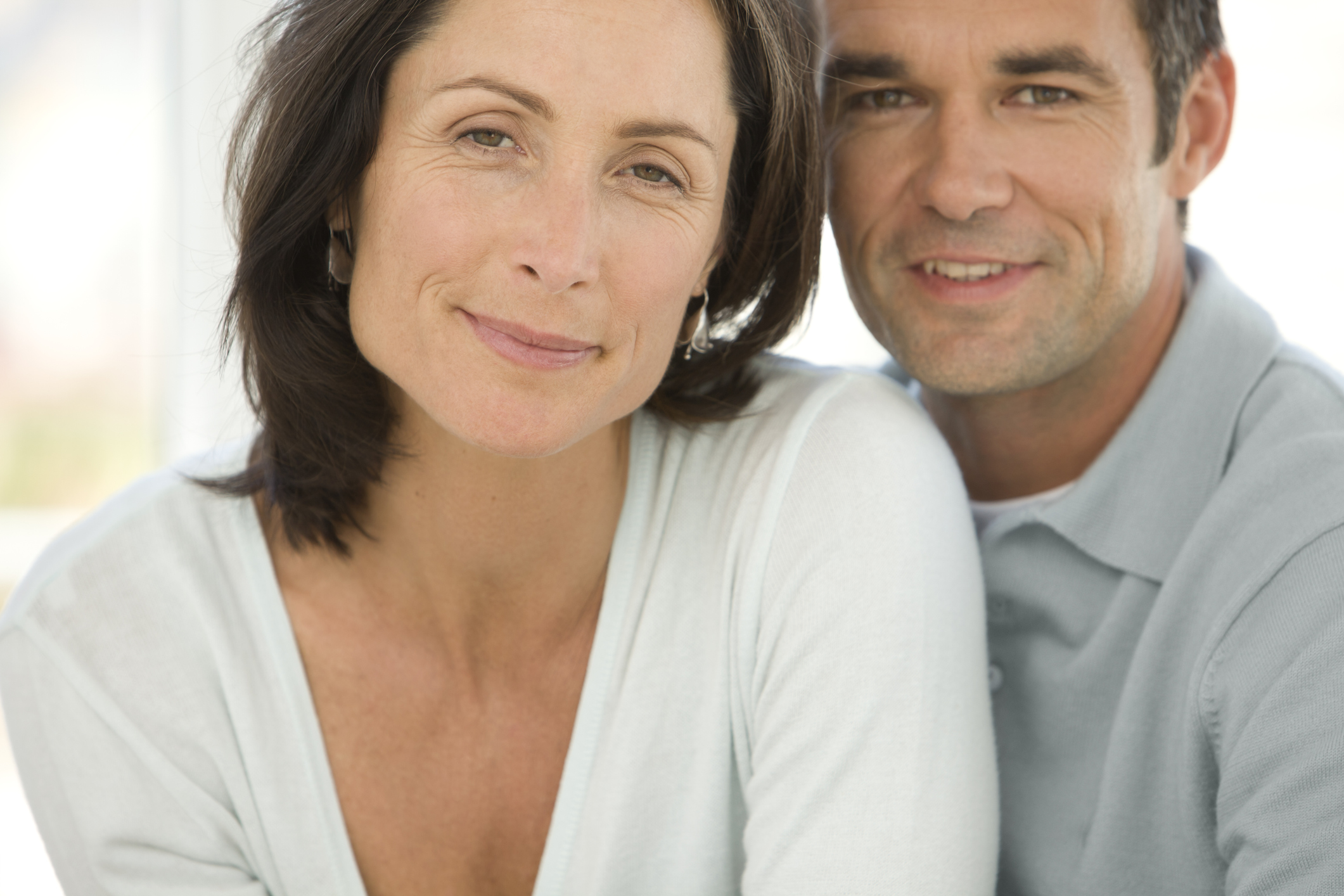 For years, chemists at the Pfizer pharmaceutical company had been working diligently on finding a solution to treat hypertension and angina pectoris (a symptom of coronary artery disease). They’d focused on an experimental drug called sildenafil.

But in their testing, something unexpected happened…

Men who took this drug experienced a big improvement — in their ability to get and maintain erections. Even more exciting was this happened within 30 to 60 minutes after use!

Knowing a marketable drug when they see dollar signs, Pfizer patented sildenafil in 1996. Just two short years later, the drug was approved by the FDA for treating erectile dysfunction and marketed to the world as Viagra.

What makes this story so important isn’t so much about what that “little blue pill” is famous for. As significant as that is, there’s a much bigger story to tell…

That’s because the mechanism behind Viagra just happens to be a key biological signaling molecule in the cardiovascular system so important, that its discovery earned a Nobel Prize…

The magic behind how Nitric Oxide helps the body

The same year Viagra got the thumbs up from the FDA, three pharmacologists won the Nobel Prize for work that had started decades earlier.

Fred Murad, Robert Furchgott and Louis Ignarro all produced compelling scientific work that identified nitric oxide (NO), a gas the body produces that acts as a signaling molecule telling blood vessels to relax, expand and open wide for one very important purpose: healthy blood flow to every nook and cranny of the body.

NO was found in the endothelial cells that lined artery walls — where its chief function was as a powerful vasodilator. It was also found that NO was how nitroglycerin and many other vasodilating compounds worked.

But not only did this “gas” regulate important cellular functions, they speculated it also regulated some hormones.

Problems with erectile dysfunction are vascular and hormonal. And NO is needed to help the muscles in the penis to relax so chambers inside the penis can fill with blood — and, yes, stand tall.

Even though harnessing NO put an end to erectile dysfunction for many men — and made Viagra one of the top-selling drugs in the world — natural support for blood pressure, blood flow and blood vessels is where NO truly shines.

And you don’t have to take a drug to help your body produce the NO it needs. I’ll explain how, but first, let’s review what science shows NO can do…

The lining of your blood vessels performs important functions that affect your blood flow and blood pressure. But the lining of the arteries, known as the endothelium, loses much of its flexibility with age and in people with heart problems.

That loss of pliability can restrict the heart’s ability to supply adequate blood to your muscles, the heart and the brain. Plus, the resulting stiffness can lead to serious increases in blood pressure.

A study in the American Journal of Hypertension found that participants who struggled with hypertension experienced significant improvement after following a diet rich in the amino acid L-Arginine — a building block of NO. They also found that L-Arginine was responsible for a blood-pressure decrease, as well as a fall in fasting glucose, and the lowering of total cholesterol and triglycerides.

In 2013, researchers at Kansas State University tested a beetroot-based drink for its NO-boosting abilities. They discovered the nitrates in beetroot juice concentrate increased blood flow to skeletal muscles by as much as 10 percent.

More importantly, according to the lead researcher, those who struggle with heart issues or who have suffered from heart failure in the past received the biggest benefit from this oxygen increase.

Researchers investigated a theory that providing a sustained supply of NO may be an efficient way of treating cardiometabolic syndrome. That’s because reduced NO absorption is a hallmark of the disorder.

And they were right. In experiments using mice, those that had their nitric oxide levels boosted had better glucose tolerance, lower fasting insulin and lower fasting leptin levels. And compared to a control group that was not supplemented with NO, the NO mice gained 17 percent less body weight.

When the blood vessels in the penis can dilate sufficiently, it helps to maintain pressure in the corpus cavernosum (the penis’ sponge-like erectile tissue) and allows a man to sustain an erection.

Beets help the body produce NO, which has been shown to be vital to penile erectile function (remember Viagra?).

That’s because beets are naturally high in nitrates, which are converted to nitrites in your mouth when you eat them. The stomach converts the nitrates to NO, which dilates blood vessels and blood flow.

In one blind study, 24 men, averaging in their mid-50s received a placebo for one month followed by 1.5 grams of l-citrulline (a precursor to nitric oxide) each day for a month. During the placebo phase, only two of the 24 men reported an improvement in erection hardness score from 3 (mild erectile dysfunction) to 4 (normal erectile function). In contrast, half of the men reported similar improvement when taking citrulline, with no noted side effects.

Women can also experience the sexual health benefits of NO and better blood flow, including an increase in sensitivity and satisfaction.

You may have read that beetroot juice, which contains NO precursors, has become popular among athletes. That’s because people drinking beet juice require less oxygen to walk, run or exercise.

A study at Leeds Beckett University indicates that supplements from red beets can significantly improve athletic performance by allowing the body to perform well even in environments with thin air.

In fact, producing NO with the help of beets has also been shown to alleviate symptoms of altitude sickness. A study recently published in Nitric Oxide: Biology and Chemistry showed that consumption of organic nitrate-rich beet juice restored reduced blood vessel function at high altitudes.

How to naturally generate nitric oxide for your body

As we age, we tend to produce lower levels of NO. So, when NO production goes down, your chances of experiencing problems due to reduced blood flow go up.

But when it comes to helping your body produce NO, you have a couple of choices. Let’s start with the amino acids l-arginine and l-citrulline.

Research shows that when either is consumed, they are broken down in the body and used to produce NO.

Food sources high in L-arginine include:

L-citrulline, another nitric oxide building block, has been shown in some cases to provide more on-demand NO when compared to l-arginine.

Sources of l-citrulline include:

As effective as l-arginine and l-citrulline are, they can’t compete with increasing nitric oxide levels via the nitrate–nitrite–nitric oxide pathway.

Research claims it’s the most bioavailable, sustainable and fastest route for raising NO levels. Here’s how it works…

When we eat foods containing dietary nitrate, like spinach or beets (don’t confuse this with sodium nitrite and sodium nitrate food preservatives used in lunch meats and hot dogs), a chemical reaction occurs with good bacteria or microflora on the tongue. The result is that the nitrates are converted to nitrites and then nitric oxide in the gut, bloodstream and various organs.

And the effect is almost immediate. It starts working much quicker since there isn’t a digestive process to slow things down.

Although a select list of vegetables contain inorganic nitrate, like lettuce, spinach and celery — beetroot is a jam-packed nitrate powerhouse, as the researchers at the University of Exeter found when it dropped study participants’ systolic blood pressure (the top number in your blood pressure reading) by an average of five points (mmHg).

Don’t cheat yourself of NO

One way to totally interfere with the nitrate–nitrite–nitric oxide pathway is by using mouthwash. As it kills bacteria that can cause tooth decay and bad breath, it also kills the beneficial bacteria that help convert dietary nitrates to NO.

It’s also a good idea to avoid much salt in your diet. In mice experiments, it was found that salt decreases nitric oxide production in the brain. Conversely, healthy levels of nitric oxide kept tau (the protein that collects on the brain and leads to Alzheimer’s) in check.