Home » The great heart bypass scam and other travesties 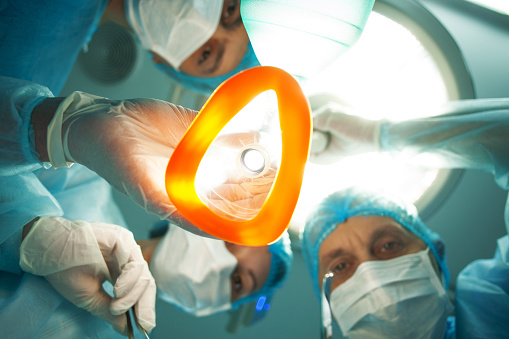 According to this, published in the Journal of the American Medical Association, millions of medical diagnoses, procedures and treatments are based on questionable scientific evidence, and in some cases, the “risk of harm exceeds its potential for benefit.”

I’m not surprised. I’ve read more reports than I care to remember that implied up to 85 percent of coronary bypasses are unnecessary — and done on patients who likely WON’T benefit. What’s worse is that these patients are actually placed in harm’s way when the research shows that they could have benefited more from drug therapy.

Why the great heart bypass scam? Because a coronary bypass graft costs over $60,000 a pop — and that’s a quick way for a heart surgeon to get a new Lexus or a new boat.

It’s being called “medical overuse.” A too-forgiving term for overdiagnosis and overtreatment. It can also be defined as a health care practice that patients wouldn’t get if they knew what was in it for them — which for most procedures is potentially nothing.

Are doctors intentionally lying to patients? In this case, you have to look beyond individual doctors. Look at medical researchers, pharmaceutical companies and the medical landscape at large.

Sadly, market forces (think money) not science, are currently used to determine the standard of care.

Peer-reviewed clinical research is the main source of information used in conventional medicine today. But another study found that up to 90 percent of this research is either exaggerated or completely false.

One overdiagnosed problem is a blocked artery in the neck. Surgeons rush to put stents in, costing thousands of dollars.

Stenting is often done as a “precautionary measure.” But a review showed that there is no data confirming that these procedures reduce the risk of stroke, which is the stated reason for the surgery and the stent in the first place. In fact, carotid stenosis screenings often lead to false-positives, which lead to unnecessary procedures, which lead to people dying unnecessarily.

And what about statins? There are the studies they want you to see that make it out to be a miracle drug. But other studies show that for every 10,000 people on statins, there were:

Another scientific review found that statins were even worse for women, actually increasing their risk for cardiac disease.

Patients on statins also often have a side effect known as myalgia, which is a muscle pain, or myonecrosis, which is the death of muscle cells.

This happens because the so-called experts are determining what drugs and surgeries should be used based on bad intel.

On the other hand, these medical mistakes and fraud also determine what treatments aren’t be used. That includes nutrients, herbs and other natural treatments you can read about here which are proven healers but are shunned by mainstream medicine… alternative treatments like: