There are over 100 known cancers. Just the word causes most of us to pause and take a deep breath… and none of them are to be taken lightly.

But some strike more fear than others. Breast cancer is one such cancer, because it’s among the top five with the shortest survival rates.

That doesn’t mean a breast cancer diagnosis translates to no hope. What it does mean is that looking outside the realm of mainstream medicine’s antiquated cancer advice just might increase your odds…

The first way a natural approach can help is in finding preventative measures that can help you avoid a cancer diagnosis in the first place. And it seems the Japanese have held a cancer prevention secret in their hands for thousands of years — the everyday consumption of green tea.

Green tea contains powerful polyphenols that have proven to play a role in resisting a variety of cancers — liver, breast, prostate, lung and skin cancers, among others.

To give you an example of the strength of these compounds, the phenolic compounds in black tea are only five percent, while in green tea they are 30-42 percent of the dry weight.

These cancer-fighting polyphenols are known as catechins. The most beneficial one is epigallocatechin-3-gallate, more commonly known as EGCG, but it’s not the only one… 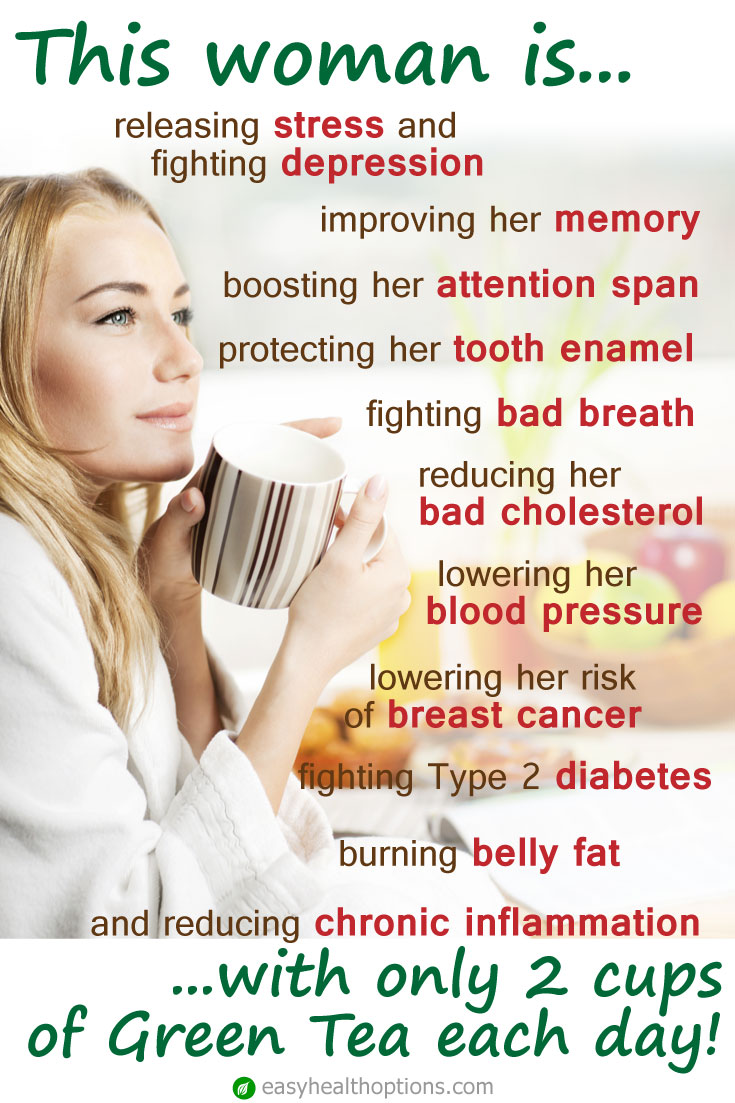 Benefits of green tea for cancer

The efficacy of green tea has been respected in eastern medicine for thousands of years. But when it comes to the west, we tend to rely on what the studies show. Here’s a quick rundown on some of the benefits of green tea shown in studies:

And specifically for breast cancer…

The studies used small Japanese cup sizes of 120mL, which equates to around 40 ounces, or five average American-size cups per day. So you don’t really have to drink as much as you’d think, but it certainly wouldn’t hurt.

How does green tea help cancer?

It’s really quite astounding that a simple beverage can endow such powerful health benefits.

Drink at least one cup of green tea a day and if you can drink five, that’s even better! Try Kellye Martin’s delicious peachy green tea cooler recipe!

Editor’s Note: Natural cancer cures exist in nature. But the sad truth about the medical establishment’s biggest money maker is that most will never leave the research lab. Dr. Michael Cutler reveals how to escape outdated and useless conventional treatments and drug therapies — and lists dozens of the best vitamins, supplements and alternative therapies to prevent and treat cancer in his comprehensive guide, Surviving Cancer! To get your copy today — plus 3 FREE reports — click here!