Home » How a gout flare-up signals a countdown to stroke 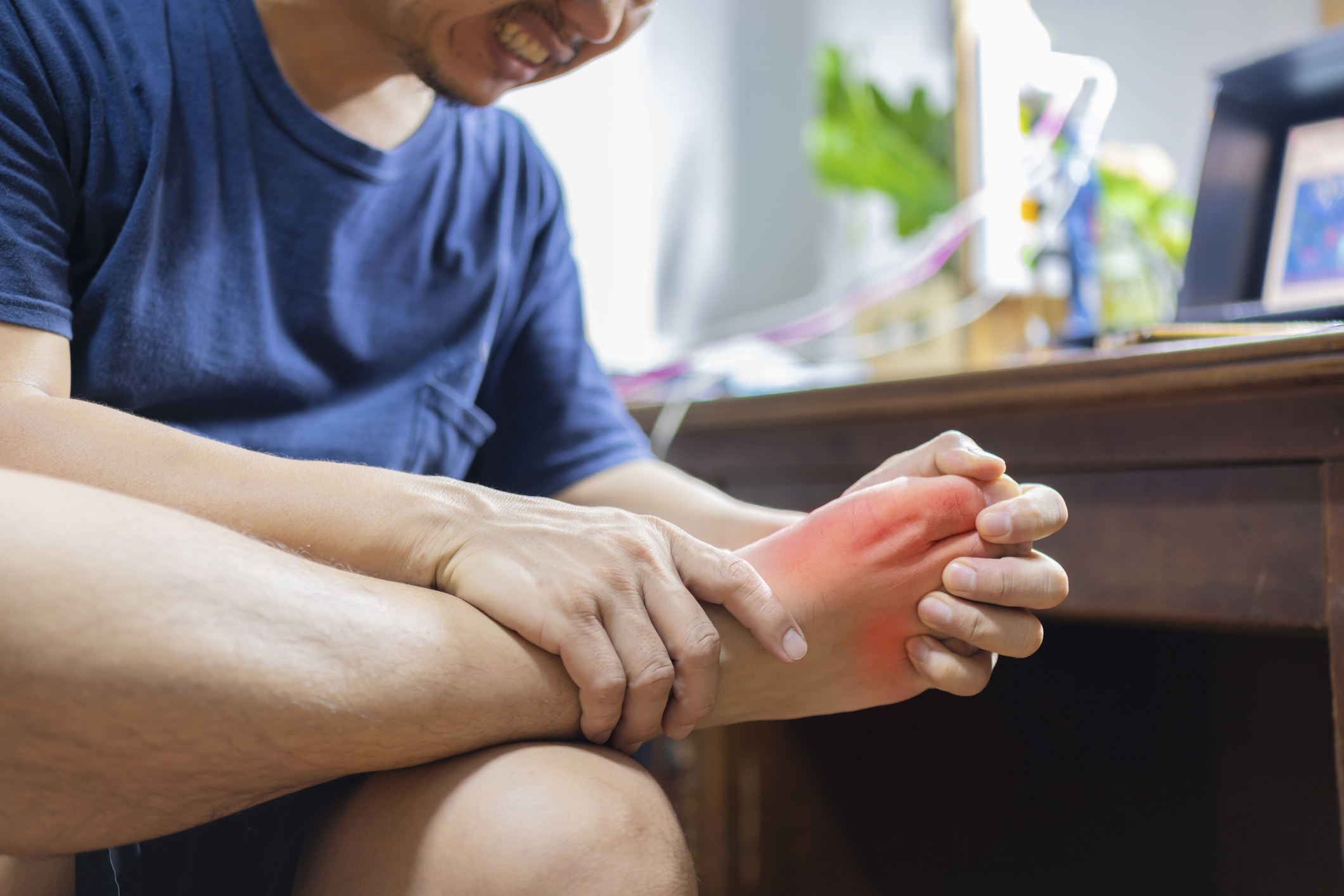 Gout is a fairly common but rather odd condition.

Even though it’s painful, it’s not always something that’s taken very seriously… probably because gout brings to mind images of a red, swollen and painful big toe.

How much trouble could that cause?

Odds are if you’re troubled with gout and experience a flare-up, the connection is so strong, a countdown to when you might suffer a stroke or heart attack signals an event within months…

Gout is a form of arthritis, and though it usually starts in the big toe, it may move up and affect other joints.

Gout is caused by high levels of uric acid, a chemical that’s produced by the breakdown of tissues in the body.

The reason it first shows up in the big toe is that digits furthest from the heart, like a toe, tend to have poor circulation. The uric acid in the bloodstream tends to build up and form crystals in these joints where the circulation isn’t as strong as in other areas nearer to the heart.

These crystals cause severe inflammation that results in joint pain, swelling, redness and tenderness that can last for one to two weeks. These episodes are called gout flares and can often recur.

In addition, gout can leave people open to cardiovascular issues. Previous studies have found that high levels of uric acid can increase the risk of coronary artery disease and heart-associated death. Some research has also theorized that the inflammation associated with gout could be connected with cardiovascular problems like heart failure, heart attack and stroke.

Given that the nature of gout is to “flare up,” researchers in the U.K. decided to investigate whether there was a temporary increase in the risk of experiencing a dangerous heart-related event after a gout flare.

Not only have they made that connection, but they have managed to identify a specific window of time when this risk spikes….

Cardio risks increase within months of a gout flare

In a recent study, the researchers used anonymized data from 62,574 patients with gout treated in the U.K.’s National Health Service. Of these patients, 10,475 had a heart attack or stroke after their gout diagnosis, while others of similar age, sex and duration of gout, did not experience such events.

Researchers then evaluated the connection between heart attacks or strokes and recent gout flares and adjusted these results for factors like comorbidities, socioeconomic deprivation, lifestyle factors and prescribed medications, among other things.

“The results show that among patients with gout, patients who experienced a heart attack or stroke had significantly increased odds of a gout flare during the preceding 120 days compared with patients who did not experience such events,” says Dr. Abhishek Abhishek, a professor at the University of Nottingham and lead author on the study. “These findings suggest that gout flares are associated with a transient increase in cardiovascular events following flares.”

When excluding people with pre-existing heart disease or stroke before their gout diagnosis, the increased odds and rates persisted. These odds and rates also were unaffected when considering shorter exposure periods, such as 0-15 and 16-30 days before heart attack or stroke.

Abhishek also recommends people with gout be encouraged to adopt a healthy lifestyle and receive appropriate treatment for conditions such as high blood pressure, high cholesterol, obesity and diabetes. Doing so will help minimize their background risk of heart attack and stroke, he notes.

If you suffer from gout flares, you may have been warned to lay off certain foods and drinks, including red meat, seafood, alcohol and sugary sodas that can raise uric acid levels.

Conversely, some foods can help…

For instance, eating a small handful of almonds every day can help lower uric acid levels as well as reduce your risk of heart attack and stroke. Cherries and coffee also have been associated with a reduction in gout attacks, as has vitamin C.

But instead of “cherry” picking remedies, one big diet change has been found to hold significant benefits for gout victims…

The effects of the DASH diet were most dramatic for people with the highest uric acid levels.

Flare-ups of gout are linked to heart attack and stroke, says new study — University of Nottingham

What Is Gout? — JAMA Patient Page