Home » How fortified foods and the breakfast myth make us sick 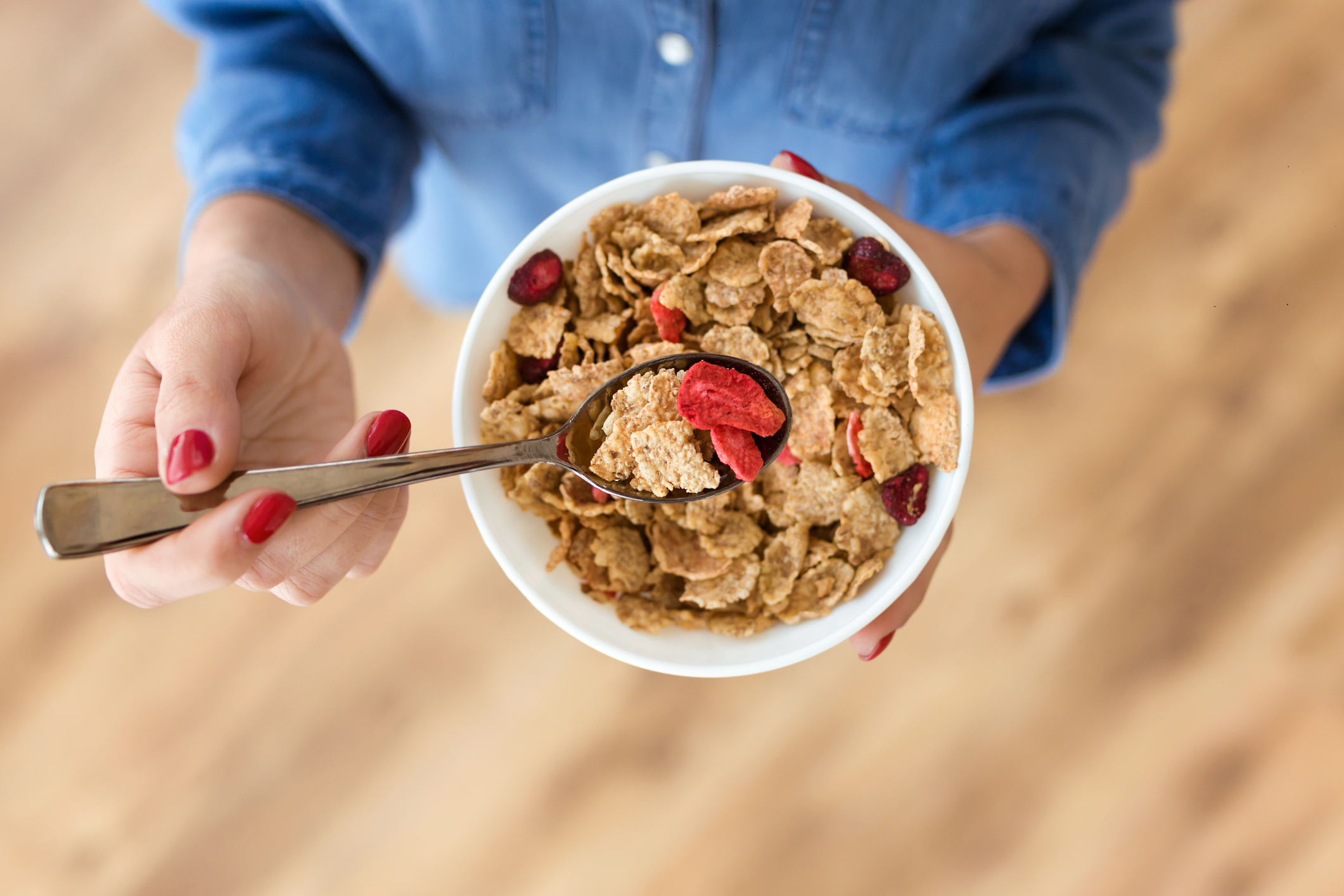 The National Dairy Association Mideast is concerned about your vitamin intake.

They sponsored a study that performed an analysis of data on over 30,000 American adults and found that those who skip breakfast are missing out on valuable nutrition they aren’t able to make up for with other foods they eat throughout the day.

Do you skip breakfast? You should be concerned then, but not for the reasons they bring forward…

They cite the fact that, according to the U.S. Department of Agriculture’s latest dietary guidelines, calcium, potassium, fiber and vitamin D are considered “dietary components of public health concern” for the general U.S. population.

This is true, despite the conflicting reports you’ll see, like this one from the U.S. Preventative Services Task Force, suggesting that evidence is inconclusive for the use of most vitamins and minerals supplements to help prevent disease.

But it’s nothing new to see two government agencies talking out of both sides of their mouth. Or anyone connected to the food industry trying to convince you that your health is in their best interest, so you’ll buy more cereal to drown with their milk.

The problem with relying on fortified foods

Altogether the study found that people who skipped breakfast were falling short on fiber, copper, magnesium and zinc. But for folate, calcium, iron and vitamins A, B1, B2, B3, C and D, the loss of nutrients was more pronounced and breakfast skippers were nowhere near even the bottom threshold of what they needed.

That’s a real problem — but it’s a problem that can be compounded by relying on common fortified breakfast foods for vitally important nutrition.

Why? Refined grains and sugar.

Cereals, breakfast bars, flavored quick oats and other common processed breakfast foods not only contain loads of sugar but because they are processed foods, the grains in them are refined grains — not whole grains.

The Prospective Urban Rural Epidemiology (PURE) study, has been analyzing the diets of 137,130 participants in 21 countries. Over 16 years of analysis of this data, the researchers found intake of refined grains and added sugars has increased significantly.

Fortified with vitamins or not, they found eating refined grains was associated with:

But whole grains are a totally different story. Tufts researchers found that study participants who replaced refined grains with whole grains increased their metabolic rate, had a surge in healthy gut bacteria, saw a modest boost in their T-cells and had more frequent and efficient bowel movements.

All this may explain why whole grains have been found in previous studies to reduce the risk of heart disease and type 2 diabetes.

You can’t cut corners in food processing, use cheap ingredients, extract the nutritious parts of foods and expect that throwing in a few synthetic vitamins and minerals will make up for the damage. Because the effects of refined grains and sugar in these foods can bring your health down as fast as any vitamin deficiency.

I get that the idea of fortifying foods was meant to reduce nutritional deficiencies. But it also leaves out an entire swath of us… me included.

Wheat flour has become the holy grail of food fortification and it fits perfectly with the food industry’s breakfast model. But if you are gluten-sensitive like me, you’d be left out anyway — not to mention those suffering from celiac.

So don’t be fooled by these kinds of reports — and the influence behind them… starting with the idea that breakfast is the most important meal of the day.

That saying actually originated from a marketing campaign for Grape Nuts. It was so successful that cereals — and that phrase — are forever ingrained into our health ideal.

Ditch the cereals and instead try whole-grain toast, eggs and your favorite fruit, or oatmeal sweetened with fresh fruit. My favorite way to start the day is with a powdered greens smoothie with lots of my favorite berries thrown in — and a banana for good measure.

But striving for good nutrition shouldn’t stop there. Make it a part of every meal.

Do not be fooled by reports that want to steer you away from supplementing your vitamins, minerals and other compounds that we’re learning can improve health and longevity. The one thing that is of merit from the breakfast study, and many other studies on the state of nutrition, is that an awful lot of us are not getting adequate nutrition from the foods we eat.

So why do organizations keep funding studies that tell you that supplementing nutrition isn’t necessary? For starters, the pharmaceutical companies would make much less money. If vitamin D and krill oil ease your knee pain, you won’t need a prescription pain reliever. And you’ll get added health benefits from those supplements you won’t get from that medication. Always look to see where the financial funding for any study is coming from.

Only in rare cases can you over supplement. If you buy nutritional supplements, shop from a credible producer of quality products and follow the recommendations on the bottle. If you take any medications regularly, let your physician know what supplements you take.

And lastly, don’t be fooled by so-called health foods. They, too, are often made with refined grains and loads of sugar. Compare Honey Nut Cheerios (9 grams of sugar per serving) to a well-known organic cereal that contains 14 grams per serving).

Remember, if it comes in a box, it’s not going to give you the benefits of real, whole foods whether you eat it at breakfast, lunch or dinner.

Those breakfast foods are fortified for a reason — EurekAlert