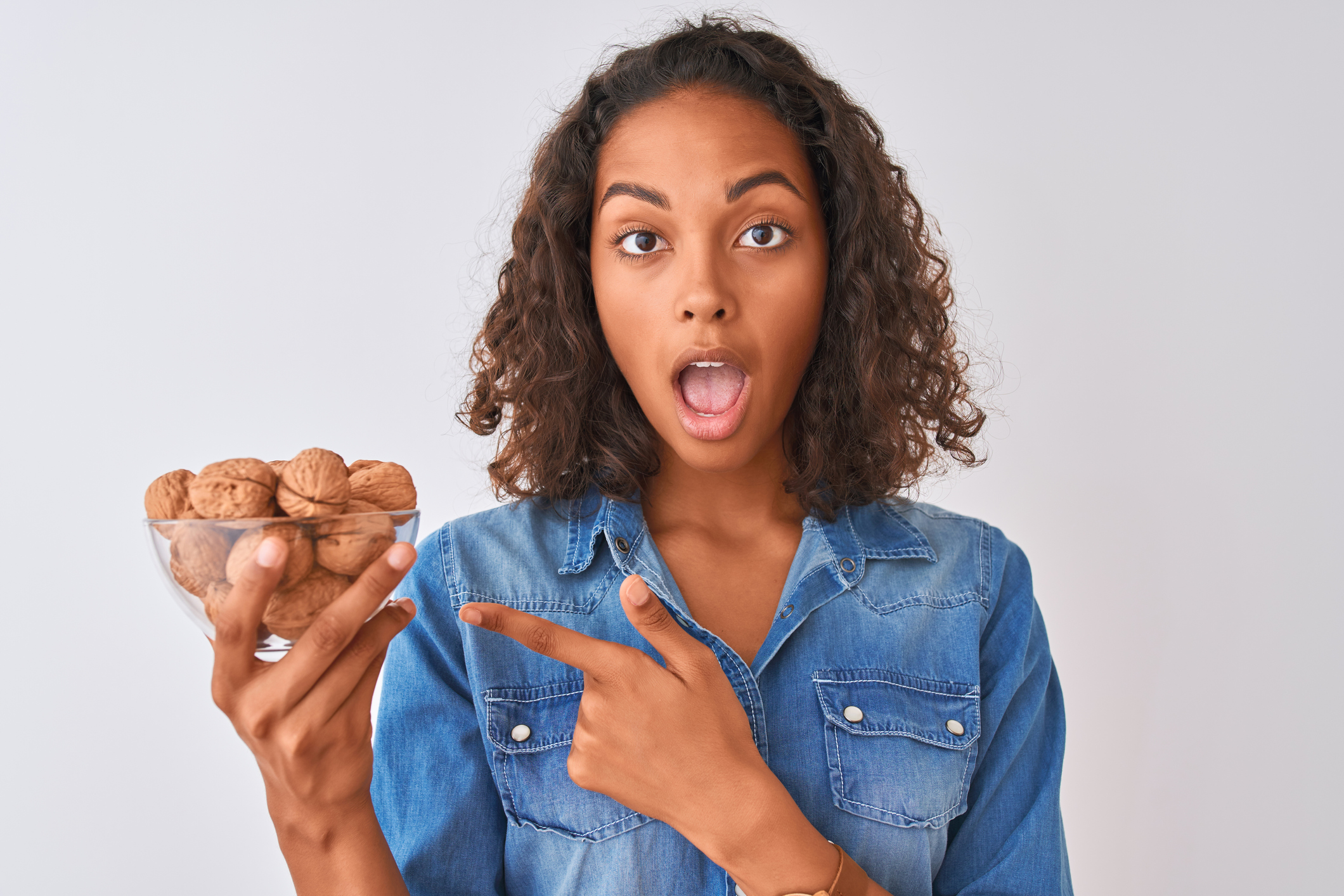 You probably already know that walnuts are an incredibly healthy snack. We’ve talked in an earlier issue about how walnuts contain neuroprotective compounds that support brain health and motor function.

They also have demonstrated the ability to lower fasting insulin levels in overweight adults with type 2 diabetes. And the antioxidants in walnuts can fight the free radicals that can cause cell damage and potentially lead to cancer.

Now, a recent study has uncovered another powerful heart-health upside to adding walnuts to your daily diet…

According to research from the Walnuts and Healthy Aging (WAHA) study, people in their 60s and 70s who regularly eat walnuts may have lower levels of inflammation compared with those who don’t eat walnuts. Reduced inflammation is a marker associated with lower heart disease risk.

Findings from WAHA, the largest and longest study to date exploring the health benefits of walnuts, show regular consumption in older adults may reduce the risk of heart disease by reducing the concentration of certain inflammatory biomarkers.

In the study, more than 600 healthy older adults either consumed 30 to 60 grams of walnuts per day as part of their diet or followed their usual diet without walnuts for two years. Those who ate walnuts daily showed a reduction of up to 11.5 percent in known inflammatory markers in the blood. The mean age of the participants was 69 years, 66 percent were women, and 32 percent were treated with statins.

The study concludes that the anti-inflammatory effects of walnut consumption explains how they reduce cardiovascular disease beyond their proven ability to lower cholesterol.

“Short-term inflammation helps us heal wounds and fight infections, but inflammation that persists over time (chronic), caused by factors such as poor diet, obesity, stress and high blood pressure, is damaging instead of healing, particularly when it comes to cardiovascular health,” says Dr. Emilio Ros, a lead researcher in the study. “The findings of this study suggest walnuts are one food that may lessen chronic inflammation, which could help to reduce the risk for heart disease — a condition we become more susceptible to as we age.”

Studies of walnuts will continue

Researchers continue to investigate the how and why behind the heart-healthy characteristics of walnuts. Dr. Ros cites a mix of essential nutrients like ALA and other bioactive compounds like polyphenols that likely play a role in walnuts’ anti-inflammatory effect and other benefits.

Researchers note that while these results are promising, they do have limitations. Study participants were older adults who were healthy and free-living, meaning they had the option to include a variety of foods in their diets in addition to walnuts. Also, they say further investigation is needed in more diverse and disadvantaged populations.

Adding walnuts to your diet

The 30-to-60-gram portion of walnuts consumed daily by the study participants amounts to roughly between a quarter-cup and a half-cup. A quarter-cup is easy to consume as a snack, but a half-cup may be a bit on the large side for one sitting.

You could split the half-cup portion of walnuts into two snacks, or you could try incorporating it into your meals. For instance, you could add walnuts to your breakfast cereal or oatmeal, scatter them over a lunchtime salad, or use them in place of pine nuts for homemade pesto and pour it over pasta, chicken or fish for dinner. Walnuts are also delicious baked into sweet breads or muffins.

Most walnuts found on the market in the United States are English walnuts, characterized by their size and the light brown color of their shells. But there’s another variety, the black walnut, that grows in the eastern and central parts of the U.S. and gives an extra health boost.

Both black and English walnuts contain phytosterols, which research has identified as helping to prevent obesity, diabetes and heart disease. However, studies have found that black walnuts actually contain more of the disease-fighting compound than English walnuts.

Study shows older adults could reduce their risk of heart disease by eating walnuts, which have an anti-inflammatory effect on the body — PR Newswire