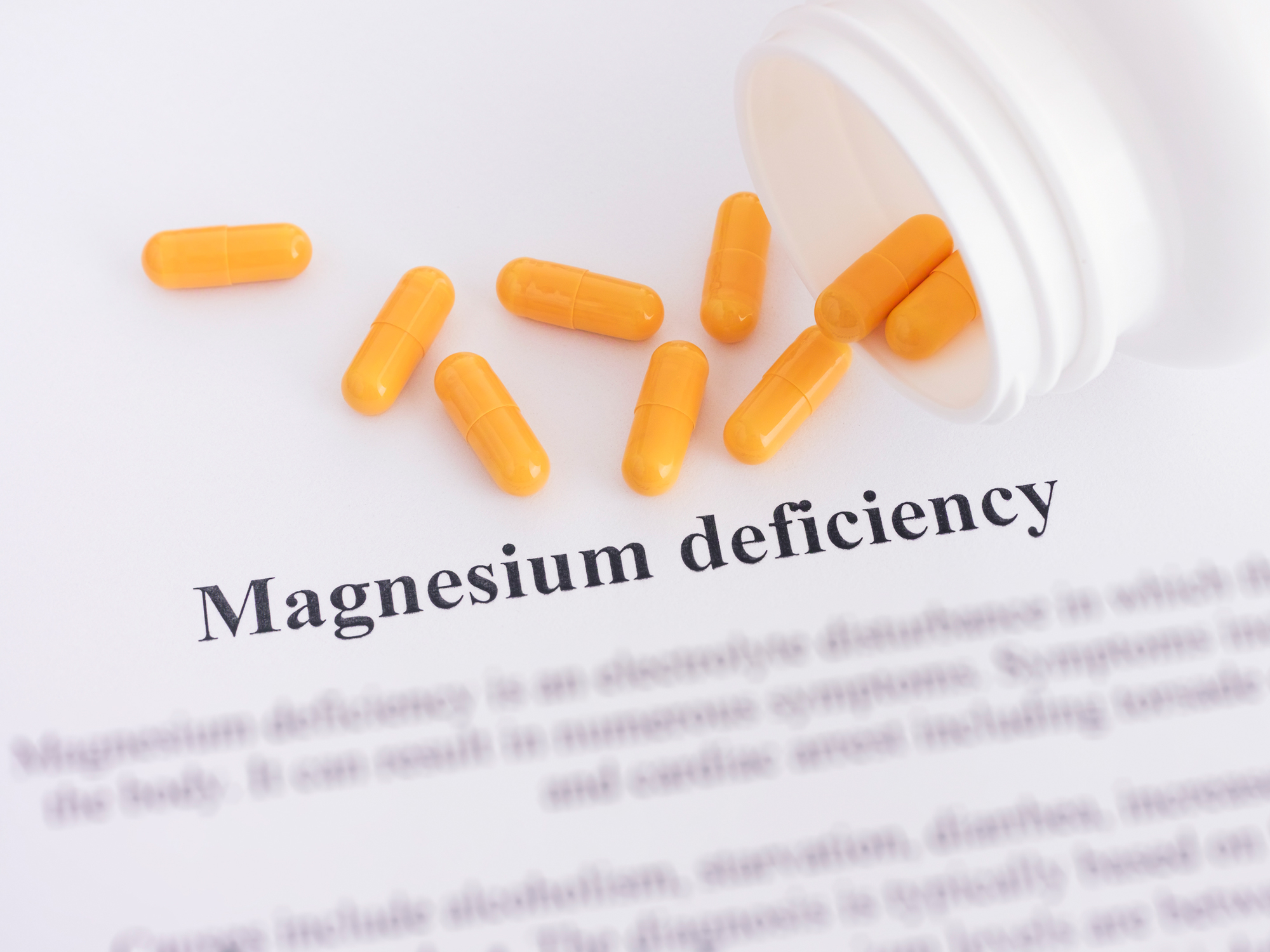 It took Andrew McVagh three doctors and many tests before he figured out what was wrong with him.

Andrew’s strange symptoms began with dizziness, “brain fog,” a racing heart, and feeling cold all the time, and progressed to anxiety and depression. His dizziness left him unable to drive or even to walk any distance.

Andrew saw three doctors and was diagnosed with both an inner ear disorder and migraines before he found out what was really causing his symptoms.

It was an easy fix. Within two days, all Andrew’s symptoms were gone, and he felt like himself for the first time in months.

Miracle cure? Nope. Andrew was actually deficient in a crucial mineral. Once he started supplementing and eating the right foods, his health returned to normal.

So, what is this mineral that, when it’s missing, can wreak this kind of havoc with your health?

While a magnesium deficiency manifests symptoms and can lead to dire health consequences, it can be very hard to detect.

Routine blood tests don’t often look for levels of magnesium. And, even when they do, it’s not a foolproof test. That’s because most of your magnesium is stored in your bones, not your blood.

If you are generally healthy, you could have a magnesium deficiency but not have any symptoms.

The kidneys control the amount of magnesium your body excretes, leaving you just enough to remain asymptomatic, but still having insufficient stores of the mineral.

People with gastrointestinal disease and diabetes are more prone to magnesium deficiency.

Older adults are more at risk

For several reasons, the older we get, the more likely we are to be magnesium deficient.

Older adults often take multiple medications, many of which interfere with the absorption of magnesium. And, as we get older, our gut absorbs magnesium less efficiently, while our kidneys excrete more of it.

Not surprisingly, then, a lack of magnesium is associated with diseases that often show up as we age.

Type 2 diabetes. Magnesium plays an important role in glucose metabolism, so it makes sense that a deficiency could lead to diabetes.

However, this is also a bit of a case of “chicken-and-egg.” Low magnesium can lead to diabetes, but having type 2 diabetes is also a risk factor for this deficiency. High levels of glucose in the kidneys can cause the body to release more magnesium.

Osteoporosis. Magnesium deficiency appears to affect the bones in two ways. It weakens bones by lowering total bone mineral density, and also affects the secretion of parathyroid hormone, which regulates calcium and its release from your bones into your bloodstream.

For example, data from the long-term Framingham Heart Study showed a correlation between low magnesium intake and atherosclerosis (hardened arteries) in people with no prior heart trouble.

And, even a minor deficiency in magnesium can cause hardened arteries and arrhythmia (irregular heartbeat).

Other things that lower magnesium

Other factors can deplete magnesium, including:

Fortunatley, many of these issues can be controlled.

In addition, if you have intestinal conditions such as Crohn’s disease or colitis, know that these could hinder your body’s absorption of magnesium.

How to get enough magnesium

The good news is that magnesium is easy to come by in the foods we eat.

Here’s a partial list of magnesium-rich foods to keep in your diet:

Eating organic produce helps, too. A lot of commercial produce is grown in soil depleted of minerals like magnesium.

Bathing in Epsom salts (magnesium sulfate), is a safe and relaxing way to increase your magnesium intake. The mineral is absorbed right through your skin.

If you are going to take a magnesium supplement, read the label and choose the right form. Magnesium citrate, orotate, glycinate, malate, taurate, aspartate, or arginate are most easily absorbed by the body.

And finally, make sure you also get enough of Vitamins D3, B6, and E, as well as thiamine and selenium. All of these support your body’s use of magnesium.

Editor’s note: Hi friend, if you’re visiting from Facebook, could you do us a favor and share this post? We feel most people could benefit from this information. But for whatever reason, Facebook will only allow our posts to reach a small fraction of our more than 440,000 Facebook followers. Seems like censorship but they call it algorithms. Thank you!