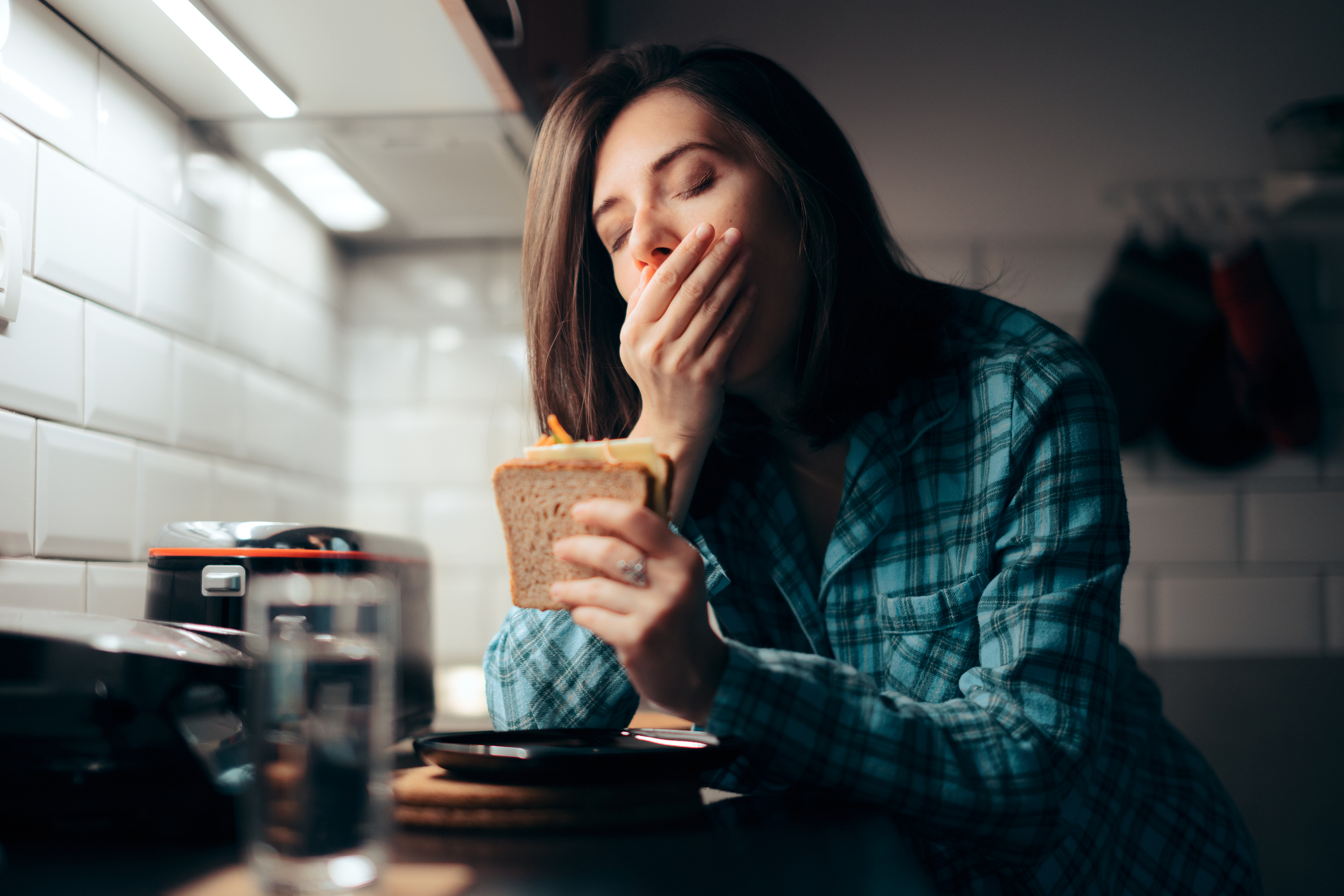 For years doctors have warned us that numerous factors can raise the risk of blood sugar problems.

From chowing down on sugary or high carb foods to lack of exercise and poor weight management. The things we do or don’t do, each day play a big role in whether or not we end up with diabetes.

Another factor that could increase the chances of developing blood sugar problems is late-night snacking.

Health experts have warned previously that it can lead to weight gain or high blood sugar levels in the morning, especially if your late evening snacks are foods with carbohydrates.

But now, there’s another kink in that mix…

A connection between food intake, melatonin levels and genetics may make the timing of your last evening meal especially important if you want to escape the clutches of diabetes.

Are you a late eater?

Researchers across two hospitals and one international university have now discovered one more lifestyle choice (along with a genetic kicker) that ups your odds of losing control of your blood sugar – one more choice, that if you make the right one, that could keep those problems at bay.

But it appears that if you carry a certain gene variant melatonin can work against your health — when you eat late.

The researchers studied almost 850 adults, asking them to fast for eight hours and then for the next two evenings to have first an early meal and then a late meal relative to their typical bedtime. And to get an even clearer picture of the risks each of us may live with, they also analyzed each participant’s genetic code, checking their melatonin receptor-1b gene (MTNR1B) since previous research has linked a variant in the gene with an elevated risk of type 2 diabetes.

Eating a late meal can skyrocket melatonin levels, raising it to levels 3.5 times higher than if you simply ate earlier. And to top it off, late dinner sends your insulin levels plummeting, while your blood sugar rises in tandem with your melatonin.

And if you happen to have the gene variant we talked about that affects melatonin, your problems only get worse from there…

Study participants with the MTNR1B G-allele that ate late meals had even higher blood sugar levels than those without this genetic variant.

So how likely are you to carry that additional genetic risk that takes the diabetes risk of late eating and puts it into overdrive?

Well, in the random sampling of adults chosen for the study, the odds were a whopping 50 percent.

Eating at the right time for diabetes prevention

So if you want to keep your blood sugar in the green zone, or you already suffer from diabetes and are looking to get it under control, avoiding eating for at least a couple of hours before bedtime could be the puzzle piece you’ve been missing.

For additional diabetes protection, another good option is intermittent fasting, which helps to reduce fat in your pancreas to control both the development and progression of the disease.