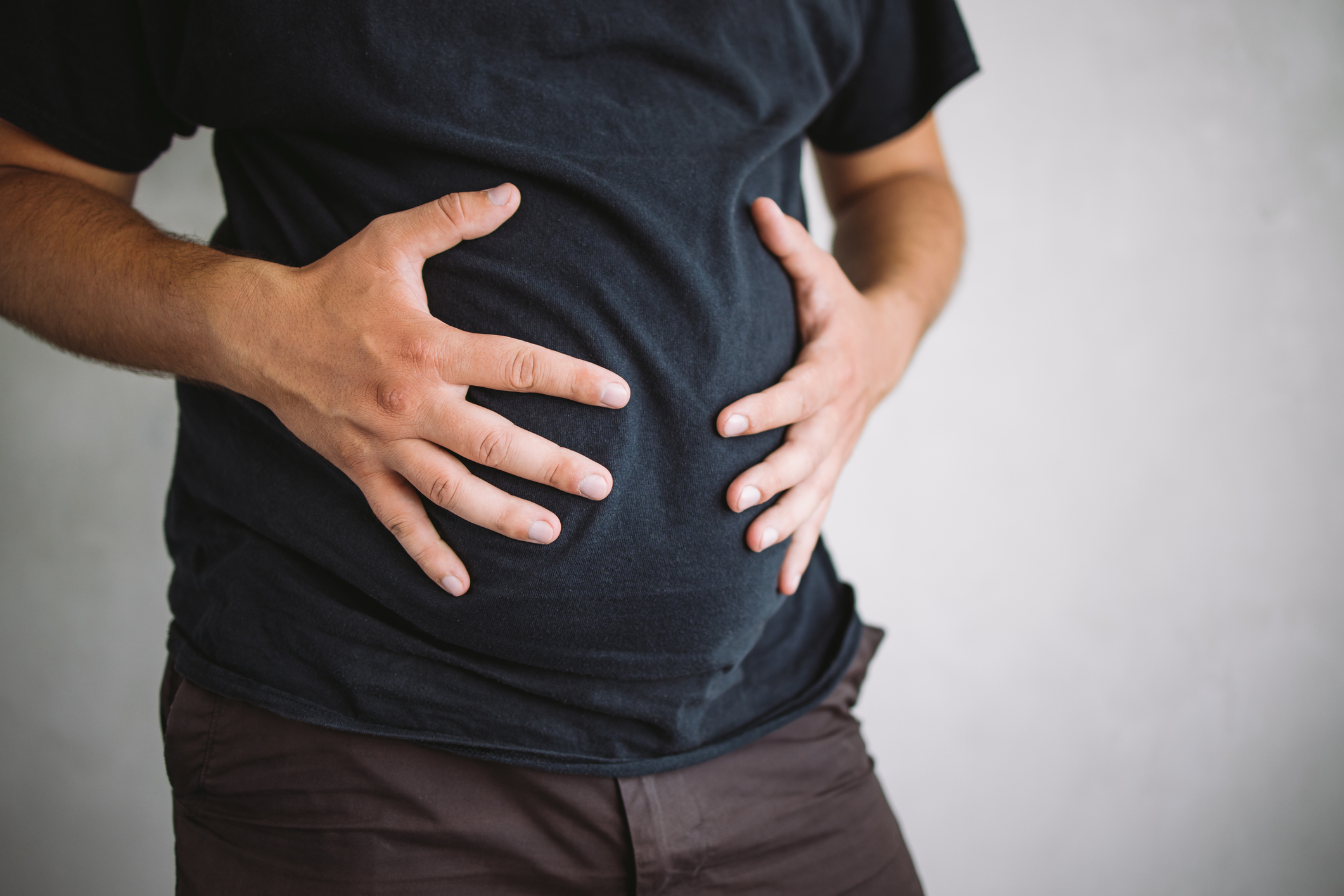 Visceral fat. Belly fat. “Spare tire.” They all mean the same thing, and they’re all deadly.

While the reason for this connection is still unclear, the numbers don’t lie. The more visceral fat a man carries around his midsection, the greater the chance he will die of prostate cancer.

But before we get into the research, there’s one important concept you need to understand.

The difference between visceral fat and other body fat

That “spare tire” fat is different from other body fat in some very important ways that may partially explain its connection with cancer.

Subcutaneous fat is deposited under the surface of the skin. It’s the fat you can “pinch an inch” of. It insulates internal organs and protects them from extremes in temperature. We accumulate subcutaneous fat by eating fatty foods.

Visceral fat, on the other hand, is deposited deep inside, around the viscera, or internal organs, when we eat carbohydrate-rich foods and do not get enough physical activity. Even a relatively lean person can carry visceral fat in the midsection.

This visceral fat wreaks havoc with your hormones and produces inflammatory cytokines that raise your blood pressure and put you at risk of coronary heart disease and stroke.

One long-term study showed that visceral fat secretes a substance known as retinol-binding protein 4 (RBP4), which is also associated with a higher risk of cardiovascular disease.

Between 2002 and 2006, 1,832 men were tested to determine the exact location of their body fat, as well as their body mass index (BMI) and waist circumference. The men were then followed for over a decade.

Of these men, 172 developed prostate cancer, with 43 of those cases considered aggressive cancers (very likely to spread). 41 had advanced cancer when they were diagnosed, and 31 men had died of prostate cancer by 2015.

And for every standard deviation increase in visceral fat, the likelihood of dying of prostate cancer rose by 37 percent.

A second study, published in September 2020, confirms this link between carrying visceral fat in the midsection and the risk of death from prostate cancer.

In this study, scientists from the University of Oxford followed the health of 218,225 men for almost 11 years. All were cancer-free when they entered the study.

Eating and exercising to control belly fat and live longer

In the Oxford University study, body mass index (a weight-to-height ratio) was not found to be predictive of fatal prostate cancer.

However, Dr. Aurora Perez-Cornago, lead author of the University of Oxford study, has this to say:

“A high BMI increases the risk of other diseases, including other types of cancer, so people should consider the implications of excess body fat wherever it is found in the body.”

To that end, here are some recommendations:

As far as exercise goes, make sure you’re including both aerobic exercise and strength training in your exercise routine.