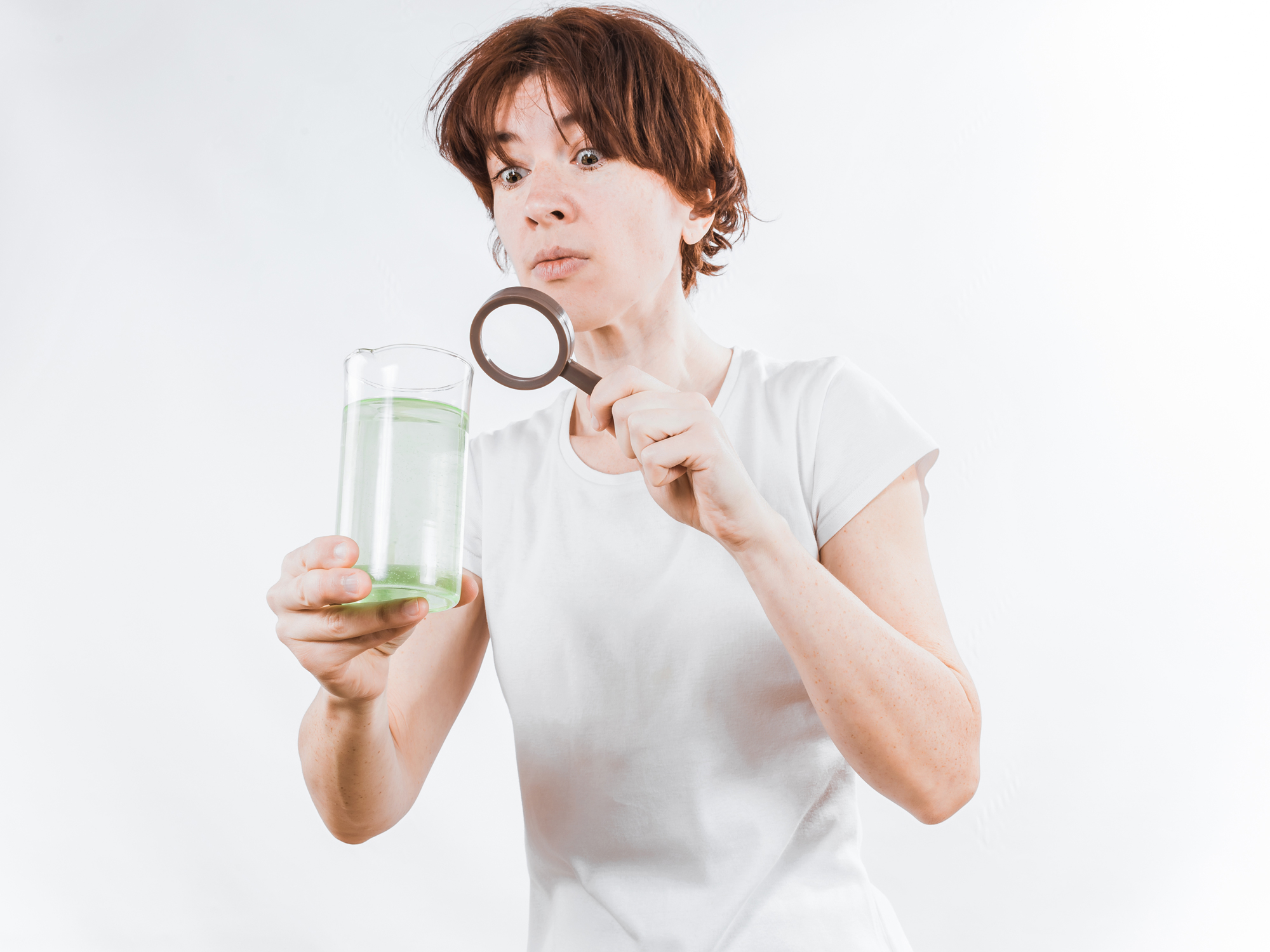 My husband says he’s never seen anyone who drinks as much water as I do each day — and he’s probably right.

My goal each day isn’t that eight, eight ounce glasses you hear about.

Instead, my goal is a gallon of fresh, clean water each and every day… Something I’ve done since I was 16 years old.

Well, it may sound silly but at the time, I listened to an interview with a movie star who was known for looking far, far younger than her years.

And, do you know what she said when they asked what her secret was?

Water — a gallon a day no matter what.

Since then, I’ve followed her advice.

And, maybe it’s working since people regularly guess my age at about a decade younger than my actual years — so I’m not about to stop anytime soon.

But, is any old tap water okay?

The answer is No!

Everything from fecal matter to arsenic

According to a new study, tens of millions of Americans each year are exposed to contaminated drinking water — consuming everything from fecal bacteria to lead and arsenic.

Yep, you read that right…

In fact, according to the study, in 2015 alone, nearly 21 million people relied on community water systems that violated health-based quality standards.

And, in some years, the violations affected as many as 45 million people or over a quarter of the U.S. population.

What were the chances that you were one of them?

Is one water filter better than another?

Clearly, you need water but drinking right out of the tap is a bad idea. So you must invest in a water filter.

But, which one should you choose and is one really better than the rest?

Although the best system is a reverse osmosis one that is installed under your sink, it’s also the most expensive. And, for many, the cost of the system puts it out of reach.

This makes water filter pitchers a more common choice and they can work great — if you pick the right one.

You see, according to a study by a team of researchers at Ohio State University, all water filter pitchers are not created equal.

The scientists tested different types of filters against a toxin known as microcystins, which are from harmful algal blooms (HABs) and have become a global threat to drinking water. Risks to your health if you drink water containing microcystins range from a mild skin rash to serious illness or even death resulting from damage to your liver or kidneys.

After testing the effectiveness of the different types of pitchers against the toxins, here’s what they found…

The purifier that filtered water fastest was made entirely of coconut-based activated carbon.

But, even though it was fast, it only removed 50 percent or less of the microcystins from the water. Not a good gamble, right?

On the other hand, the purifier that filtered water slowest (the one that was made from a blend of active carbon) rendered the microcystins undetectable in the drinking water. In other words, it made the water, 100 percent safe.

So, when you’re looking for a water pitcher, here’s what to look for….

You want one that uses an active carbon filter — not a one that’s coconut-based. And you want one that has a slow filter time. That’s because the longer the water is in contact with the carbon, the more thoroughly it can eliminate all the toxins from the water that you’re going to be putting into your body.

Drinking enough water each day is absolutely vital to your health. But, you have to make sure that the water you’re consuming is as healthy as possible. If a reverse osmosis system is just too expensive, choose a water filter pitcher instead. That way you can grab all of the benefits that water brings your body while protecting yourself from the toxins that are pervading the community water systems in our country today.

Editor’s note: Some folks may debate the benefits of detoxing by cleaning out the digestive tract, but almost no one denies the necessity of defending yourself against toxic chemicals. Firstly, follow Adria’s advice and make sure you’re not taking in toxins from your water. But on occasion you might want to consider a salt-water detox. To learn how, click here.