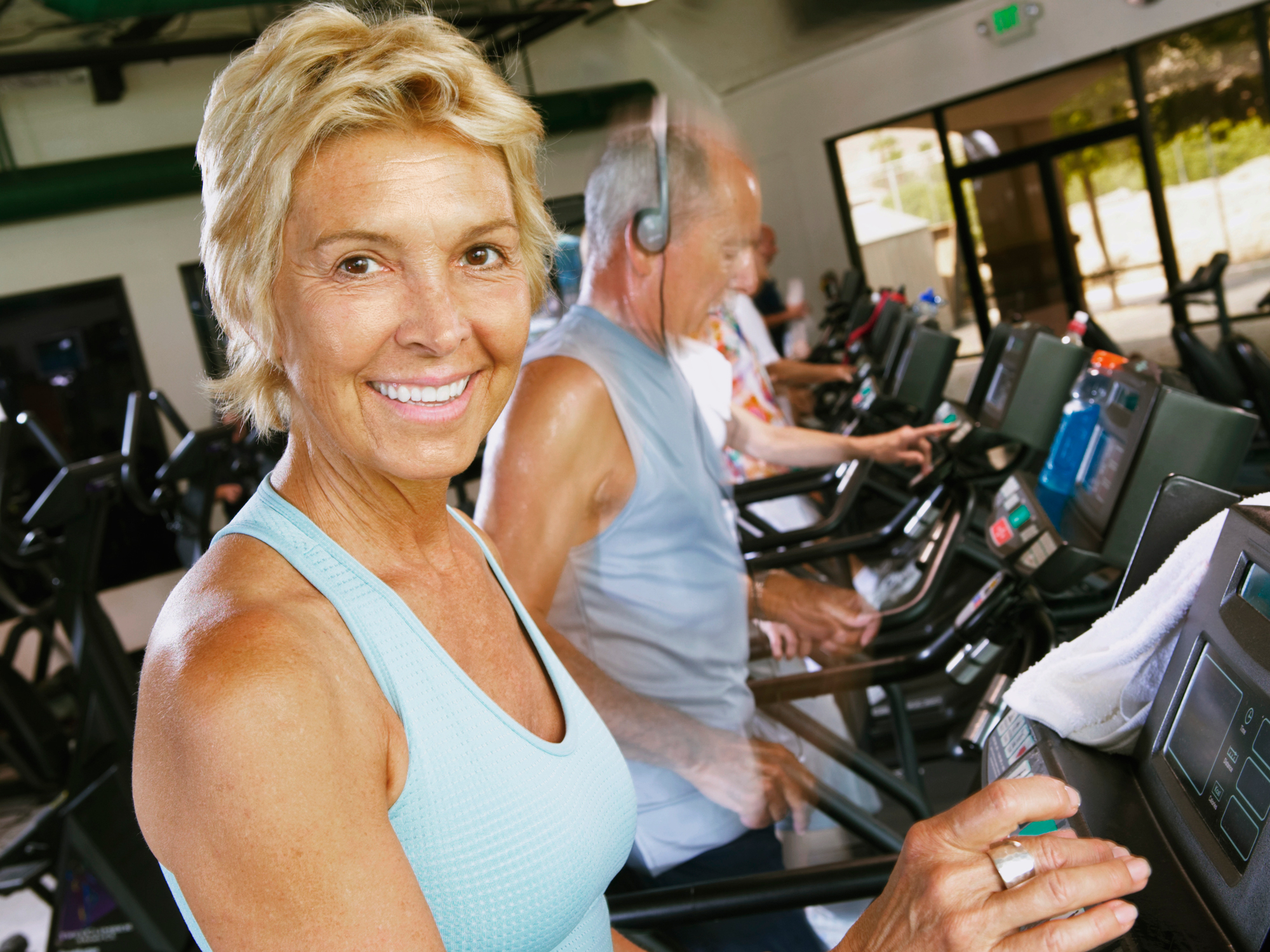 Like most people who are hit with a diagnosis of Stage 4 cancer, Nicole Cooper felt things spiraling out of her control.

Fortunately, she was under the care of a forward-thinking oncologist who, in addition to prescribing a regimen of chemotherapy, recommended a non-pharmaceutical treatment with connections to cancer that have become undeniable…

Rather than being daunted at the prospect of exercising while undergoing chemo, Nicole says she found it quite energizing. “The idea that I had something that was within my control that I could own, that was for me to look after in terms of my treatment plan. There’s so many unknowns with cancer but that was my project to work on.”

Plenty of studies have proven the positive effects of exercise in cancer patients, not only in their mental health but in actually slowing the growth of the cancer itself.

In August 2017, the Clinical Oncology Society of Australia (COSA) issued a position paper on exercise in cancer care. Prue Cormie, Principal Research Fellow and Exercise Physiologist at Australian Catholic University, headed the team who drew up the paper.

And, according to Cormie, Nicole Cooper’s present state of remission has everything to do with the exercise prescription given by her doctor.

“The level of evidence is really indisputable”

The COSA statement outlines a level of exercise that matches recommendations from the World Health Organization: at least 150 minutes of moderate-intensity physical activity a week or 75 minutes of vigorous-intensity exercise weekly (walking, jogging, cycling or swimming).

Endorsed by twenty groups of oncology professionals, the COSA statement doesn’t make these recommendations arbitrarily. It draws on years of research linking exercise with positive outcomes for preventing and slowing cancer.

Let’s take a look at the evidence…

A New York University study showed that fat cells actually release hormones that fuel the growth of breast cancer, increasing risk by as much as 60 percent in overweight post-menopausal women.

French researchers got even more specific: they showed that walking at least four times per week can reduce the risk of invasive breast cancer.

Around the same time as the COSA statement was released, a large study at the University of Sydney examined the health implications of following the WHO exercise guidelines.

They found strength training reduces your risk of death from all causes by 23 percent and from cancer by almost a third. Aerobic activity by itself did not reduce risk.

Don’t give up on aerobics just yet

That isn’t to say that aerobic activity has no value in controlling cancer. Remember, the WHO prescription calls for both aerobic and strength training.

In fact, one researcher discovered the powerful effect aerobic exercise can have on shrinking tumors.

While this sounds like a bad thing, the opposite is actually true.

Behnke explains: “When a tumor lacks oxygen, it releases just about every growth factor you can think of, which… results in metastasis. Simply speaking, the tumor says, ‘I can’t breathe here, so let’s pick up and move somewhere else in the body.’ “

Long-term moderate exercise can bathe existing tumors in oxygen, causing them to “stay put” and not metastasize.

What does this mean for you?

If you are the proverbial couch potato, it’s time to get moving.

Just a short walk a day to start. Work with your doctor to develop a gradually increasing regimen of exercise.

If you are living with cancer, there is no down side to exercising, and there’s every likelihood that it will have a positive effect on your outcome.

And if you’re fortunate enough to be cancer-free, exercise is the simplest, cleanest, most affordable way to up your game as far as prevention.

Get together with a loved one or friend. Exercising with someone else is often more motivating than doing it alone.

According the National Cancer Institute, the year 2018 will bring almost 2 million new cases of cancer in the United States.

You have more control than you think over whether you become one of them.