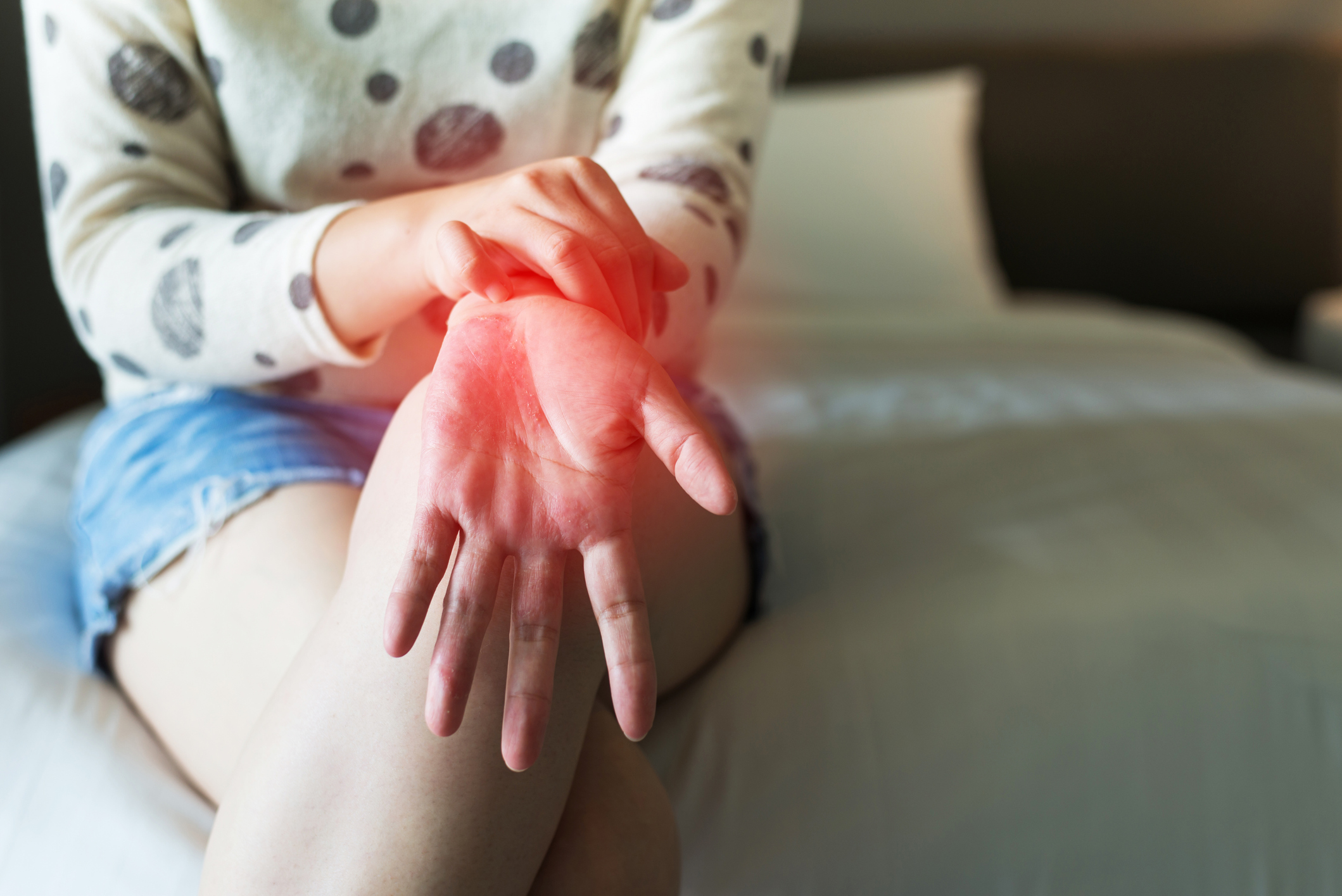 Psoriasis is an incredibly difficult autoimmune disease to manage. Not only can it result in thick, red, itchy skin plaques that not only feel uncomfortable — but can make someone suffering from the condition uncomfortable about showing their skin. It can also cause misery below the skin including joint pain and inflamed tendons.

Sadly, side effects of the drugs often used to treat plaque psoriasis can also lead to feelings of unwellness, if only in a different way. The biologics commonly used to treat the disease can lead to upper respiratory infections, headaches, skin rash or flu-like symptoms.

And while the effect of diet on disease has been a hot topic of research for other conditions, for psoriasis, it’s largely been overlooked. This has left patients to wait, wonder, and live with painful and sometimes unsightly plaques for years.

Now though, a new study has finally delved into the effects of changing how and when you eat on psoriasis. And the results could have you embracing a brand new way of eating to reduce your psoriasis skin symptoms.

The study, by researchers at Ghent University, Belgium, set out to find a link between psoriasis symptoms and gut health.

So they decided to turn to a diet known as modified intermittent fasting or the 5:2 diet.

The team followed a total of 24 subjects. One group of 12 participants was instructed to modify their diet using the 5:2 intermittent fasting program for 12 weeks. On the other hand, the rest of the participants simply continued eating their regular diet.

The researchers then used a tool known as PASI to measure the severity and extent of each participant’s psoriasis. And they asked patients to report on measures such as plaque thickness, scaling and itching.

They even followed up on weight, since obesity has been linked to worsening psoriasis symptoms.

Although PASI didn’t differ significantly between the fasting and regular diet groups, modified intermittent fasters did grab some big benefits, including:

How to do intermittent fasting

So if you live with psoriasis and want to reduce your skin issues, intermittent fasting could be for you.

In the study, the researchers used the 5:2 method — where you eat regularly for five days and limit yourself to 500 calories on two non-consecutive days.

This requires keeping your eating window to just eight hours per day and fasting for the other 16. It can also be easier for some since it basically only means skipping a single meal a day with no calorie counting.

The choice is yours. But making it could mean suffering fewer skin symptoms.