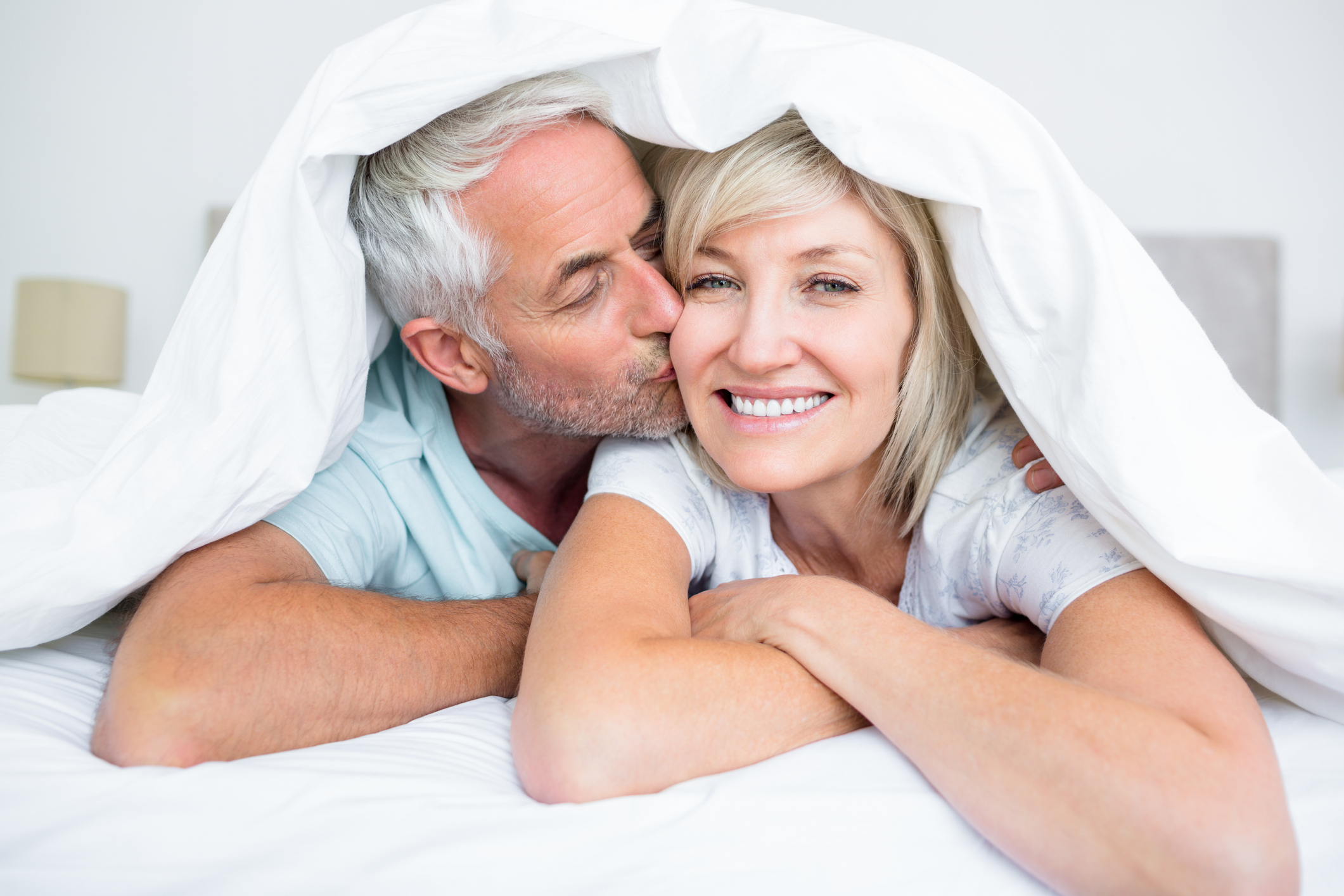 Unless you’re among them, you might be surprised to learn that forty percent of seniors between the ages of 65 and 80 have got it going on…

By that I mean they’re having sex and enjoying it.

And, even those who are not sexually active, say they’re interested. How do I know? According to the National Poll on Healthy Aging, nearly two-thirds of senior adults admitted they are interested in sex… and more than half say sex is important to their quality of life.

They couldn’t be more right.

If you’re missing out on sex because you’ve convinced yourself you’re too old, too unfit or you’re just not as interested as you once were, you should know you’re doing your health a real disservice… from your head to your toes.

But let’s start at the top…

Based on a recent study from researchers at Coventry and Oxford Universities, a satisfying sex life offers powerful protection to an aging brain.

In a group of mature individuals ranging in age from 50 to 83, researchers found that those who got frisky more often than not had a better working memory and executive function than the adults who were less sexually active.

And guess what? This test confirms the results of a 2016 study that also found older people who had more sex scored better on cognitive tests.

Men really benefit big from an active sex life… In fact, according to my colleague and male health expert, Craig Cooper:

Better blood pressure for you and your partner

Studies have shown that both men and women who engage in regular sexual activity can enjoy better blood pressure, according to Dr. Michael Cutler.

In a 2002, German researchers reported in Biological Psychology that frequent intercourse among couples living together was associated with lower diastolic blood pressure. The same journal reported a study that showed a more favorable blood pressure response to stressful events in those who routinely had sexual intercourse compared to those who had only other types of sexual activity or abstained. Maybe these cardiovascular benefits also derive from the fact that sex burns calories and can be considered exercise. It is estimated that sexual intercourse burns about as many calories as walking slowly (at about 2 mph).

How to bring sexy back

The average man’s sex life ends around age 70. For women, it’s usually over at age 66. But, says a study at the University of Chicago, published in the British Medical Journal, if you keep yourself in really good health and physical shape, you can squeeze out up to an extra seven years of sex.

But there’s really no reason to settle for just 7 more years. In fact, it’s probably better not to put a number on your sex life and just go with what feels right.

But maybe you’ve lost that loving feeling. How can you get it back?

Start with your attitude. If you feel old, you act old. And the closer you feel to your actual age, the less likely you are to be satisfied with your sex life. Scientists at the University of Waterloo found this out when they followed a group of 1,170 adults from their mid-40s to their mid-70s over a 10-year period and reported that the closer people felt to their chronological age, the lower the quality of their sex life.

Work at being more active. Having sex takes a little work. So if you can get a few minutes of exercise in daily, even if it’s just brisk walking, you’ll be better prepared to have sex… which is sort of like exercise too, but more fun.

Control your hormones. Don’t let them control you. This especially concerns women. Bioidentical hormone replacement therapy is not your mother’s HRT — the synthetic hormones responsible for the big cancer scare that came out of the 1995 Nurse’s Health Study. There are at least eight well-designed studies showing with clear clinical significance that the use of natural (bioidentical) progesterone lowers the risk of breast cancer. You can read more from Dr. Cutler on this subject in his article Natural Ways To Deal With Menopause Part II.

Older men may see a decline in testosterone levels. Craig Cooper suggests 5 natural ways to increase your T-levels that should help get you going in the right direction.

Take supplements. Three important supplements to boost your sex life are omega fatty acids, l-arginine and vitamin D. Surprised? Find out how these supplements help couples get some excitement in the bedroom.

Don’t be embarrassed to talk about sex

Something else learned from the National Poll on Healthy Aging was that 62 percent of the older adults polled said that if they were having a problem with their sexual health, they would talk with their health provider about it, yet only 17 percent had actually done so in the past two years.

That means there are an awful lot of seniors out there letting the idea that your sex life is taboo keep them from having an open and frank discussion about it. And that can prematurely age you, set you up for sickness, make you feel old and depressed — and basically ruin your health and quality of life.

So let’s talk about it… with your doctor… a trusted friend… and most importantly with the one you love.

Editor’s note: Blue zones are seemingly miraculous places tucked around the globe where inhabitants live well past 90 — often to 100 — and are relatively free of chronic disease and frailty. And numerous studies have sought to discover their age-defying secrets. The secret may come down to this master hormone… To read more, click here!