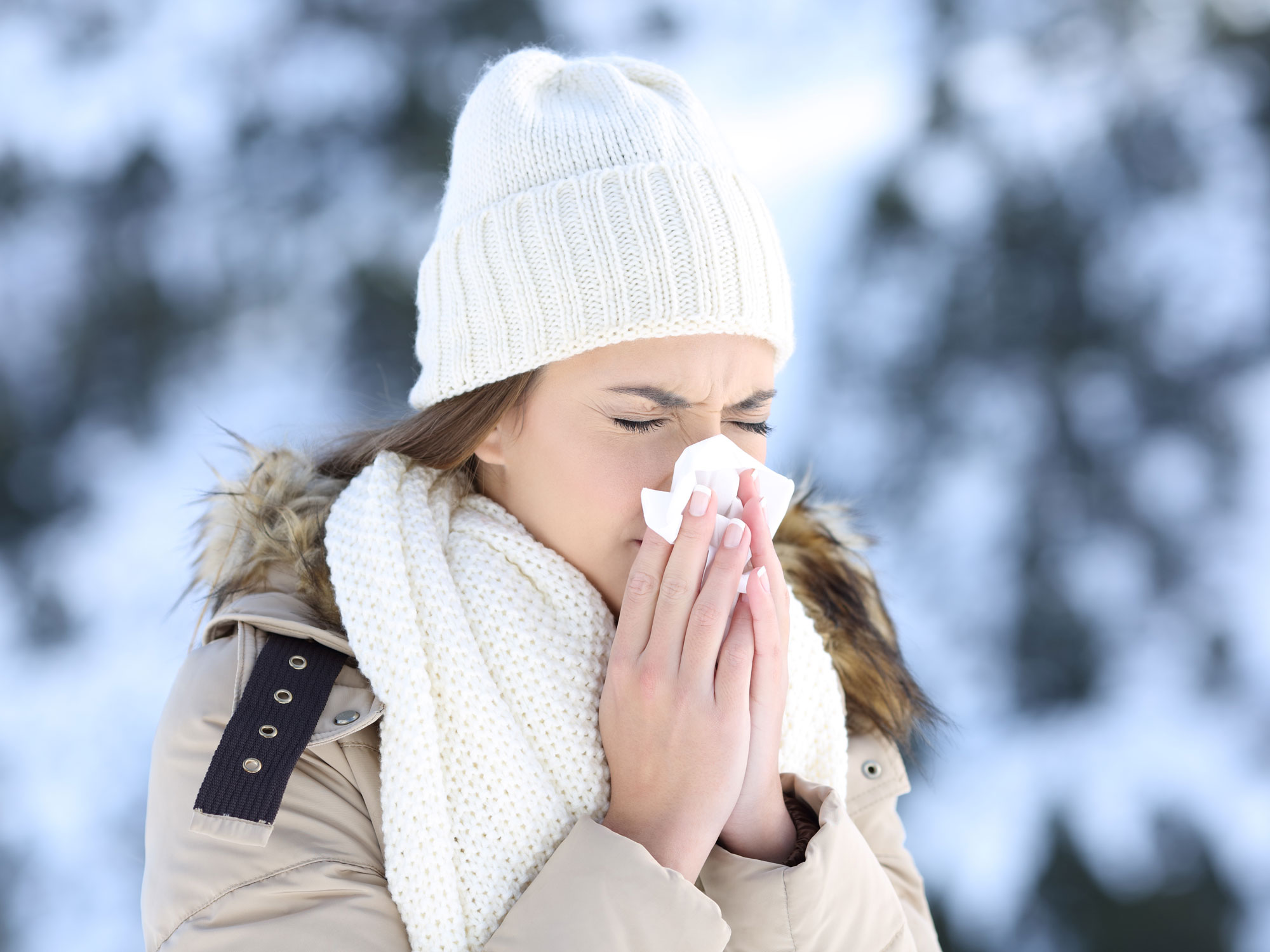 Flu season is in full swing and this year it’s a doozy.

As more and more people fall victim to the virus each day, some hospitals are even facing what they’re now calling a war zone — erecting tents in their parking lots to triage the hordes of new flu patients.

Others are being forced to send away ambulances, unable to care for the vast patient load and refusing to let children visit their loved ones, fearing they too will become another statistic.

And, while you may think that you’re safe because you keep the surfaces around you clean, wash your hands all the time and avoid people who are coughing, a new study says otherwise…

Researchers at the University of Maryland set out to discover whether the flu was really only passed by exposure to droplets from an infected person’s coughs or sneezes or by touching contaminated surfaces.

The team captured the exhaled breath of patients with confirmed cases of the flu during natural breathing, talking, coughing and sneezing and analyzed it for infectious flu particles for the first three days of their flu symptoms.

These samples not only showed that flu patients constantly shed infectious particles that put others at risk of exposure to the illness but also that they contaminate the air around them with the infectious virus just by breathing!

In fact, the researchers found LARGE quantities of infectious virus in the exhaled breath from people suffering from flu — especially during the first days of illness.

That means that just being in the same room with someone who has the flu, passing them in the aisle at the grocery store or sitting near them in church puts you at risk for the virus just by breathing the same air.

In this same study, researchers reported that they observed 6.3 times more aerosol (breath) shedding among those who received repeated vaccinations.

In other words, people who got the flu vaccine regularly appeared to shed more virus than those who had not been vaccinated. This association between vaccinations and increased shedding was significant for influenza A, but not for influenza B.

What does this mean for the flu vaccine? “If confirmed, this observation, together with recent literature suggesting reduced protection with annual vaccination, would have implications for influenza vaccination recommendations and policies,” the study concluded.

This means that protecting yourself from the flu should be number one on your priority list right now! And the best way to do that is by boosting your immune system so that it can fight off the virus.

Here are four of the best immune boosters you can find:

And anyone who thinks they may have the flu already? STAY HOME (at least after you see your doctor for care or to see him for worsening symptoms — don’t wait until it’s too late!).

The flu is out there waiting, possibly in the next breath you take. Protect yourself by boosting your immune system with the supplements above and avoid the fever, coughing, aching, sneezing misery (and danger) the virus brings.