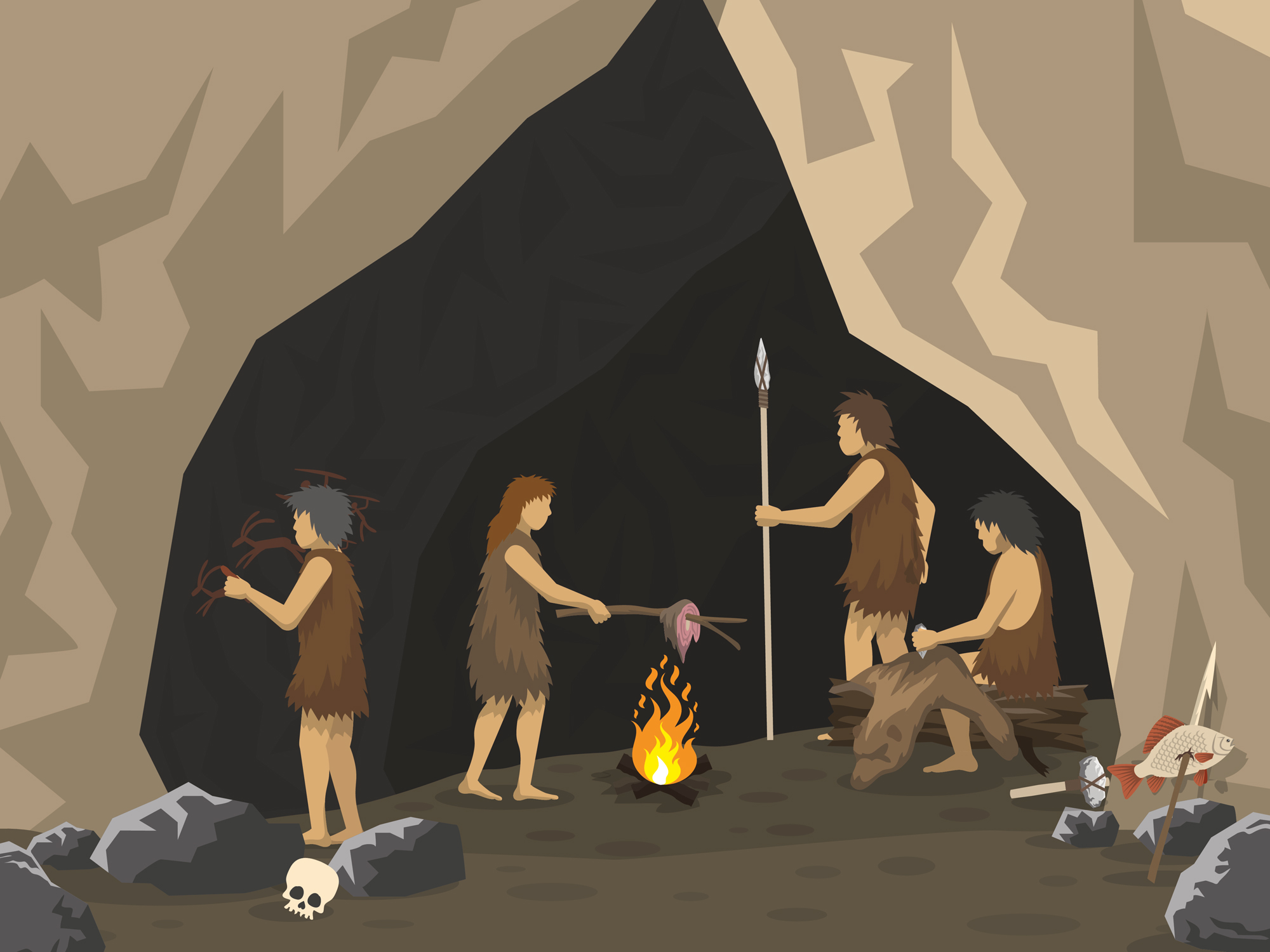 “Paleo eating” is a good idea in theory, and it’s based on an argument that appears compelling at first. It goes something like this: For millions of years, we evolved eating foods found in nature. Meat… vegetables… nuts.

Then we started farming, and in so doing we began consuming foods that had to undergo processing before we could eat them — grains like wheat, barley, and hops, and dairy products like milk and cheese.

From that point forward, according to the theory, we were off track. If we just got back to eating the way we did in pre-agrarian days, we’d all sport rippling deltoids and six- packs, just like our ancestors did (didn’t they?).

I have no beef with the basic premise that cutting highly refined, ultra-processed foods from our diet is a great idea. And I fully agree that vegetables and good-quality proteins should form the bulk of what we eat. But let’s not romanticize the cavemen: They lived incredibly difficult, short, arduous lives, and they basically ate anything they could get their grubby hands on — including, as some anthropologists have pointed out (to the consternation of the Paleo crowd), grains of various kinds.

Also, there never was a unified “Paleo” diet. Some Paleolithic cavemen survived mostly on seal blubber. Others on chia seeds. But whatever they ate, it bore little resemblance to anything you can get at Whole Foods today. Ancient broccoli, among other Paleo-friendly foods, looked nothing like the broccoli you see in your local produce department.

Finally, cavemen weren’t ripped: the chiseled abs and twenty-inch arms we see today are pretty much an invention of twentieth-century exercise, medicine, and pharmaceutical science. Our close genetic cousins the Neanderthals carried significantly more bulk than we do — but they needed to choke down about five thousand calories a day (about what you probably eat on your most gluttonous days) just to survive, and probably died off because of it. Eating for them was a full-time job — and when food got scarce, they did too.

So though I agree with some of the basic principles of Paleo eating, I’m not down with it as a whole. That much meat, and that many animal products generally — especially of the inorganic, readily available kind most of us are unwittingly consuming — just aren’t good for you. And, conversely, grains like oats and wheat just aren’t that bad for you (unless you have been clinically diagnosed with a gluten intolerance).

The one good thing about the Paleo concept? It’s a convenient reminder of the “clean eating” idea: If it doesn’t come from nature, don’t eat it.

You can read more about my nutrition secrets in my book: Your NewPrime: 30 Days to Better Sex,Eternal Strength, and a Kick-Ass Life After 40