Home » Could SIBO be causing all your stomach problems? 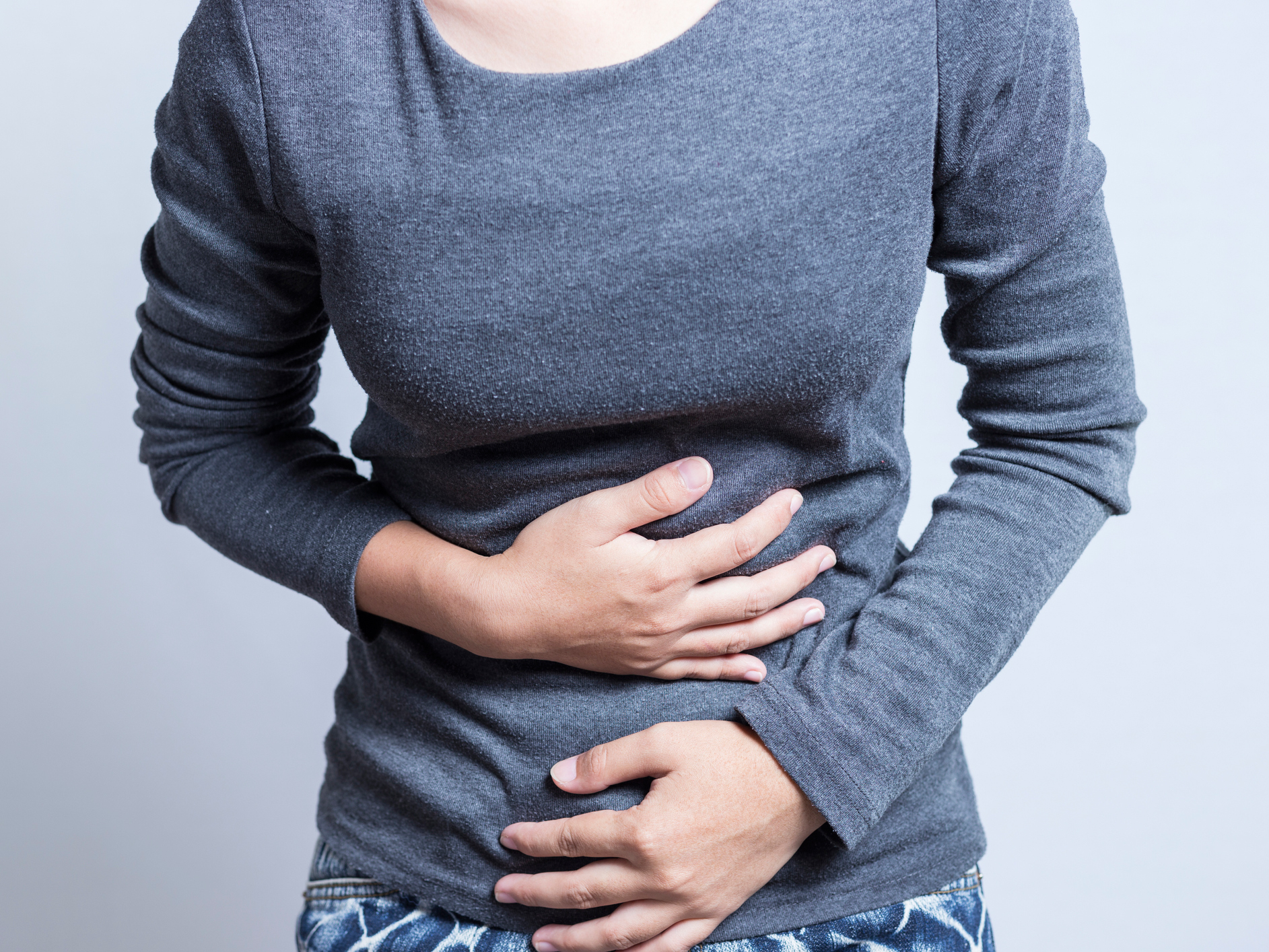 And most people have heard of inflammatory bowel diseases such as Crohn’s disease and ulcerative colitis.

But SIBO is a condition that most don’t know about.

It’s related to IBS and IBD but isn’t the same thing.

The symptoms can be just as painful, though.

It’s important to understand this little-known bowel and stomach condition so that if it is the cause of your stomach issues, you can get the proper treatment…

Small intestinal bacterial overgrowth, or SIBO, is just what it sounds like: an overgrowth of bacteria in the small intestine, where they don’t belong.

It occurs when the small intestine doesn’t move food along well enough. The mechanism of peristalsis (intestinal contractions that move food down into the large intestine) is impaired or not working at full capacity.

Risk factors for SIBO include:

Anything that slows the movement of the small intestine, or small bowel, can be a setup for SIBO, including:

Which came first, the chicken or the egg, and why is this so important?

It’s hard enough dealing with IBS, IBD or SIBO, without trying to understand what all the acronyms mean, and how they relate to each other.

Here’s how the three are connected.

SIBO is often (but not always) the cause of irritable bowel syndrome. In fact, it’s estimated that 84 percent of people with IBS also have SIBO.

On the other hand, inflammatory bowel disease can cause SIBO.

The inflammation of Crohn’s disease or ulcerative colitis can cause the digestive system to either slow down (constipation) or speed up (diarrhea). Either of these scenarios gives bacteria a chance to overgrow in the small intestine.

Irritable bowel disease can also interfere with the function of the migrating motor complex, a reflexive action of the gut which is responsible for moving food through the digestive system.

It’s kind of like a broom that “sweeps” food through the digestive system. When this action is interrupted, the bacterial overgrowth of SIBO can occur.

How is SIBO diagnosed?

“The gold-standard test for SIBO is a small bowel aspirate, but it’s invasive and expensive,” says Hazel Veloso, a gastroenterologist at Johns Hopkins Health Care and Surgery Center in Lutherville, Md.

This test uses an endoscope to sample fluid from the small intestine, which is then tested for the presence of bacteria indicating SIBO.

A less invasive way to test for SIBO is a lactulose breath test.

During the test, a person will drink a sugar lactulose beverage and then breathe into a balloon or a set of test tubes every 20 minutes, for several hours. The breath test measures the concentration of hydrogen and methane in a person’s breath.

The test works because bacteria produce these two gases when they break down carbs in the gut. The hydrogen and methane molecules enter the bloodstream, travel to the lungs and leave the body through the breath.

Treatment and prevention of SIBO

The main objective of SIBO treatment is to get your gut bacteria back in balance. This can be done with antibiotics.

But in order to avoid taking more antibiotics, which can potentially backfire and cause more problems, a dietary approach can be taken.

A low FODMAP diet may also help. It restricts foods that are difficult for the body to digest, such as beans and apples.

If you are experiencing pain, bloating, gas and digestive trouble on a regular basis, the best thing you can do is consult your doctor, who can help you pinpoint what’s causing the problem.

Then, you can create a treatment program involving diet, exercise and/or medication that will treat your condition successfully.