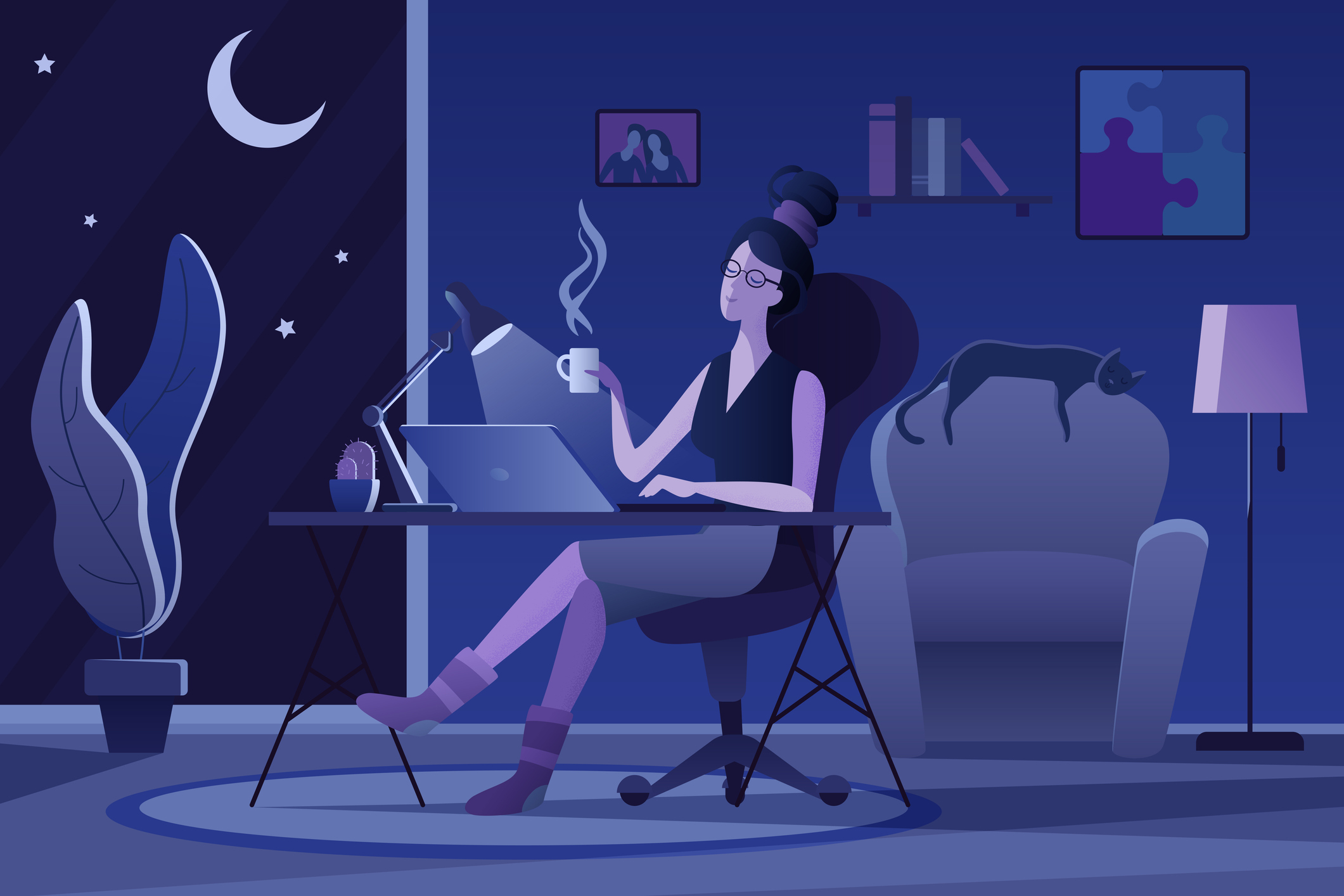 Some people tend to thrive and do their best work late at night. We call them night owls

But others, like myself, are at our best early in the day. I’m up with the sun and asleep by 10 pm. By around 2 pm, my working brain is ready to shut down for the day. That makes me a morning person.

There’s a word for this tendency to sleep at certain times and be alert at other times.

Observational studies have indicated that night owls are as much as twice as likely to suffer from depression as early risers, regardless of how long they sleep.

But if you’re a night owl, don’t worry.

A new study shows that, by making just a small adjustment toward the “morning person” end of the spectrum, you can cut your depression risk by double digits.

Believe it or not, your genetic makeup plays a big role in determining your chronotype.

Variations in the so-called “clock gene,” or PER2, can explain a lot about your sleeping time preference — almost 42 percent, in fact.

In 2018, Celine Vetter, assistant professor of integrative physiology at CU Boulder, published a large, long-term study of 32,000 nurses. The study showed that genetically programmed “early risers” were up to 27 percent less likely to develop depression over the course of four years.

But what if you’re not an early riser? Can you change your sleep habits to avoid depression? And, exactly how much of a change do you need to make?

You can re-program your sleep habits to avoid depression

A new study by scientists from Harvard, MIT and the University of Colorado has proven that, by going to sleep and waking up just one hour earlier than usual, night owls can decrease their risk of developing a depressive disorder by 23 percent.

The researchers reviewed data from over 800,000 subjects from 23andMe, a DNA testing service, and the UK Biobank, a large-scale biomedical database and research resource containing in-depth genetic and health information from half a million participants.

Those with chronotypes that made them “morning people” were 23 percent less likely to develop depression.

The same study found that by moving back one’s bedtime by only an hour and sleeping the same amount, night owls could knock 23 percent off their risk for depression.

For example, if you normally go to bed at midnight and get up at 7, try going to bed at 11 and rising at 6 a.m.

One thing that’s unclear from this research is whether people who are already chronotyped as early risers can also benefit from pushing things back an hour.

Why a regular sleep schedule is important to your health

When it comes to your overall health, whether you go to bed early and rise with the sun, or burn the midnight oil, is less important than sticking to a regular sleep schedule.

Researchers at Duke University found that going to bed and getting up at approximately the same time each day lowers your risk for obesity, heart disease, hypertension and stroke, even if your total sleep time is less than optimal.

It’s also crucial that you get a night of uninterrupted sleep. That’s because disrupted sleep can lead to higher concentrations of inflammatory factors in the blood.

Specifically, disrupted sleep has been shown to increase the number of white blood cells known as monocytes and neutrophils in the blood, and these are known to contribute to the development of fatty plaque build-up inside your arteries and put you at risk for heart problems and strokes.