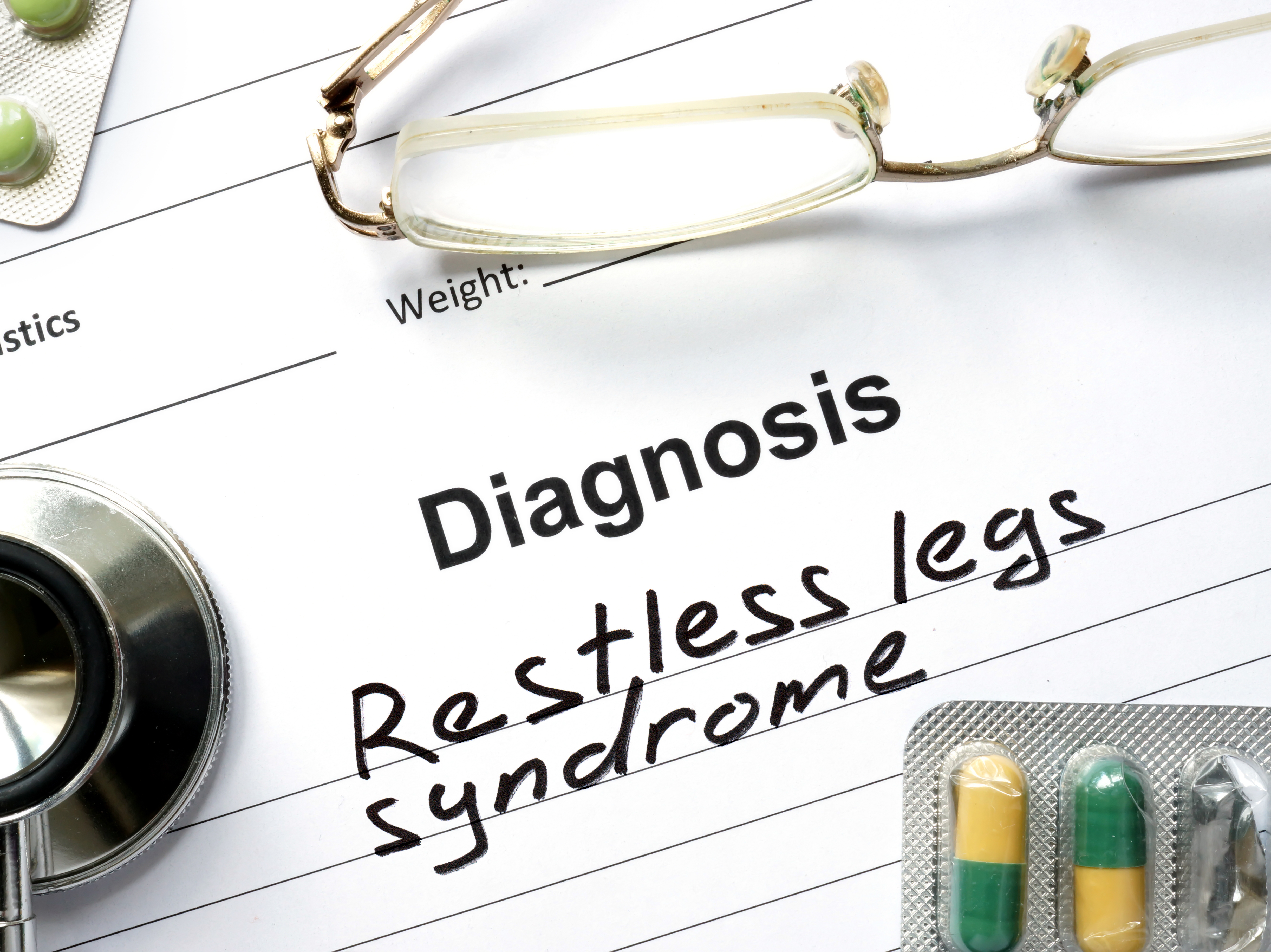 The symptoms often come at the worst possible time: at night, when you’re trying to sleep. It starts with a throbbing, itching or uncomfortable sensation in the legs and an overwhelming need to move them. Shifting the legs relieves the discomfort temporarily, but the symptoms soon return and sleep is elusive.

This is restless legs syndrome (RLS), classified as a sensorimotor disorder that may affect as much as 10 percent of the U.S. population. The condition is more common in women, and may even affect a million school-aged children. People often experience RLS when they’re trying to sleep or just relax. It can also strike during a movie or a long flight. And for many people with RLS, symptoms are worse during the winter.

Researchers are not sure what causes RLS, though it’s suspected that genetics play a significant role. There’s also evidence that RLS is caused by problems with the neurotransmitter dopamine, which helps govern muscle movements. Reduced dopamine is also an issue for Parkinson’s patients, resulting in numerous neuromuscular symptoms. Some women also experience worsening RLS during pregnancy or with other hormonal changes.

At present, there are few treatments for RLS. Medications that boost dopamine have shown some relief; however, they can be problematic and cause multiple side effects with long-term use. There are also treatments to lessen symptoms, such as pain killers to manage the discomfort and sedatives to help patients sleep. Again, a long list of potential side effects comes with these Band-Aid approaches.

While RLS is uncomfortable and cause for concern, it may not seem that bad on the surface. However, the condition can be associated with a number of far more serious health issues, such as kidney failure, diabetes and peripheral neuropathy. Other disorders associated with a high occurrence of RLS are attention deficit hyperactivity disorder (ADHD), and multiple sclerosis. Because RLS is often found in conjunction with other conditions, it is underdiagnosed and therefore frequently left untreated.

Does RLS cause these conditions? Probably not, but they seem to share underlying factors, such as poor circulation, nervous system imbalances and inflammation. From that standpoint, RLS may serve as an early warning sign, cluing us into more serious conditions.

One commonly recommended supplement for RLS is iron, as a deficiency can create imbalances in the brain’s dopamine system. Other minerals, such as potassium and magnesium, may also prove helpful, particularly for the nervous system. One study at the Mayo Clinic found that the RLS patients in their sample had donated blood several times, suggesting there may be link between blood donations and iron deficiency. With iron being a strong pro-oxidant however, it’s advisable to have your doctor check your iron and iron storage levels before starting any iron supplementation.

Be careful if you’re taking acid reducers, such as Prilosec or Prevacid, which can hamper the body’s ability to absorb iron and other nutrients. There is also a reported link between RLS and antidepressants, such as Prozac and Zoloft. It’s a good idea to limit caffeine and alcohol, and if you smoke cigarettes, plan a strategy for quitting.

There are a number of simple ways to boost circulation. Simply standing up and walking more frequently can work wonders. You can also stretch; touch your toes, practice deep breathing, etc. This is especially important for people in office jobs, as sitting for many hours is proven to be bad for your health on a number of levels, specifically cardiovascular.

We’re still learning about RLS, so I would encourage people to keep an eye on emerging research. However, by combining moderate exercise and minor lifestyle changes, together with circulation-boosting formulas and essential minerals, people struggling from RLS may find significant relief. Even better, by supporting circulation and cardiovascular health, they can help lower the risk of heart disease and other serious conditions.