Home » Spirulina may reduce severity of a COVID-19 infection 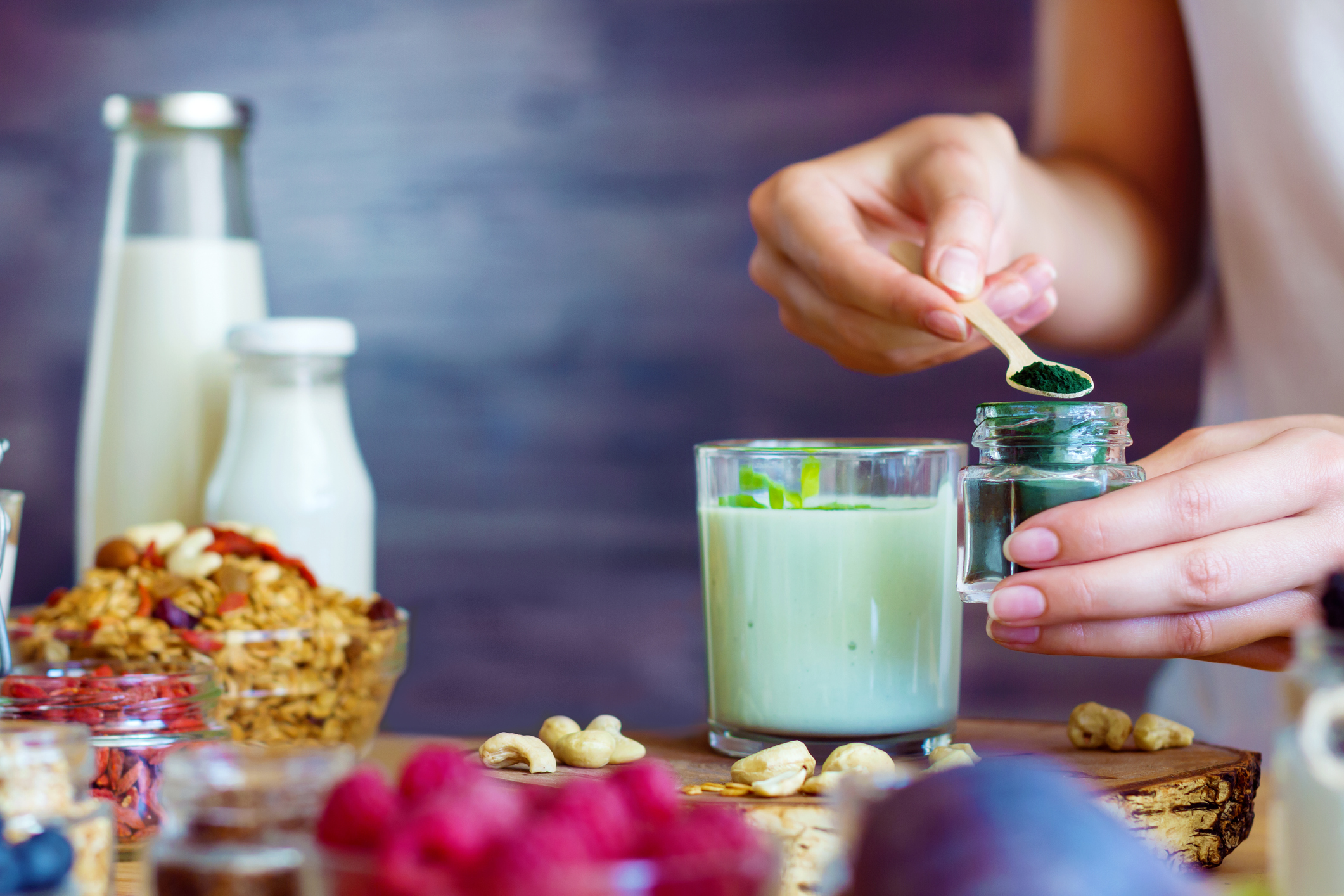 While we’re starting to see some good news in the pandemic battle, not everything is good news when it comes to COVID-19.

In fact, experts increasingly warn of new strains that could be more contagious and even make the vaccines that have been rolled out less effective.

And as someone who went through the original Covid strain (along with my entire family, husband and kids), I can personally say I never want to face that again.

That’s why brand new research from an international team of scientists from Israel and Iceland not only comes with such great importance, but also incredible hope.

Hyper-Inflammation and the cytokine storm phenomenon

You see, ending up with Covid itself isn’t necessarily a death sentence.

As you probably already know many people that test positive for the virus are asymptomatic. Others may end up with some miserable symptoms, including painful body aches, fever, headaches and as some members of my family can attest, that general feeling like you’ve been hit by a truck.

We’re also learning some people recover quickly and completely, while others known as long-haulers deal with fatigue, pain, brain fog, depression and intermittent fever for weeks to months.

But for those worst hit by the virus, the infection causes their immune system to go into overdrive. When this happens, their bodies release a massive number of TNF — “cytokines” or inflammatory molecules — resulting in a phenomenon known as a cytokine storm. It’s this cytokine storm that results in acute respiratory distress syndrome (ARDS) and extensive damage to other organs, like the heart, that experts say is the leading cause of death in COVID-19 patients.

Inhibiting the release of cytokines

But what if there was a way to block the release of those cytokines to stop the storm from kicking off in the first place?

Well, that’s what the Israeli and Icelandic scientists think they might have found — all wrapped up in a surprising source…

After testing an extract from spirulina algae — a blue-green algae that’s believed to be one of the oldest forms of life on Earth — the scientists think they may have found a key way to block the cytokine cascade, reduce the chances of COVID-19 patients developing a serious case of the disease and even lower mortality rates.

In fact, their research, published in the peer-reviewed journal Marine Biotechnology, found that the spirulina algae extract was an incredible 70 percent effective in inhibiting the release of the cytokine TNF-a, the key instigator responsible for the deadly storm.

“If you control or are able to mitigate the excessive release of TNF-a, you can eventually reduce mortality,” said Asaf Tzachor, a researcher from the IDC Herzliya School of Sustainability and the lead author of the study.

The findings of this latest study are especially exciting because it is yet one more way we can try to boost our chances of getting through this pandemic and maybe even future ones.

And it made me thankful that when my family and I were hit by Covid, we were already getting a daily dose of spirulina algae in the greens powder drink we enjoy regularly — Peak Alkalizing Greens™.

I’ve been a fan of spirulina for decades because of its high nutritional value. Its 60 percent protein content rivals some meat sources and certainly most vegetables. It’s also an excellent source of beta-carotene, various minerals and the essential fatty acid, gamma linolenic acid — which helps tamp down inflammation.

Spirulina has been shown to reduce histamine in the body — another component that if not controlled contributes to the inflammation that leads to a cytokine storm. And if that weren’t enough, spirulina is a source of vitamin B6 — a known anti-thrombosis and anti-inflammation nutrient that recent research believes may help dampen the cytokine storm phenomenon and reduce the blood clotting risk associated.

Covid-19 isn’t the first-time spirulina has been studied in relation to viruses. In animal studies, spirulina was found to reduce the severity of flu infection and cut the rate of death in half. One clinical study in humans testing spirulina noted significant reductions in viral load in those infected with HIV.

We owe a debt of gratitude to all the frontline workers who’ve tirelessly taken care of the sick, and to the scientists developing vaccines so that we can begin returning to some sense of normalcy. But during this crisis, it’s also been great to see research come out proving the power of nutrition on our health.

Spirulina: Are There Health Benefits? — Nourish by WebMD

What are the benefits of spirulina — Medical News Today