Home » Going after COVID-19 in the nose 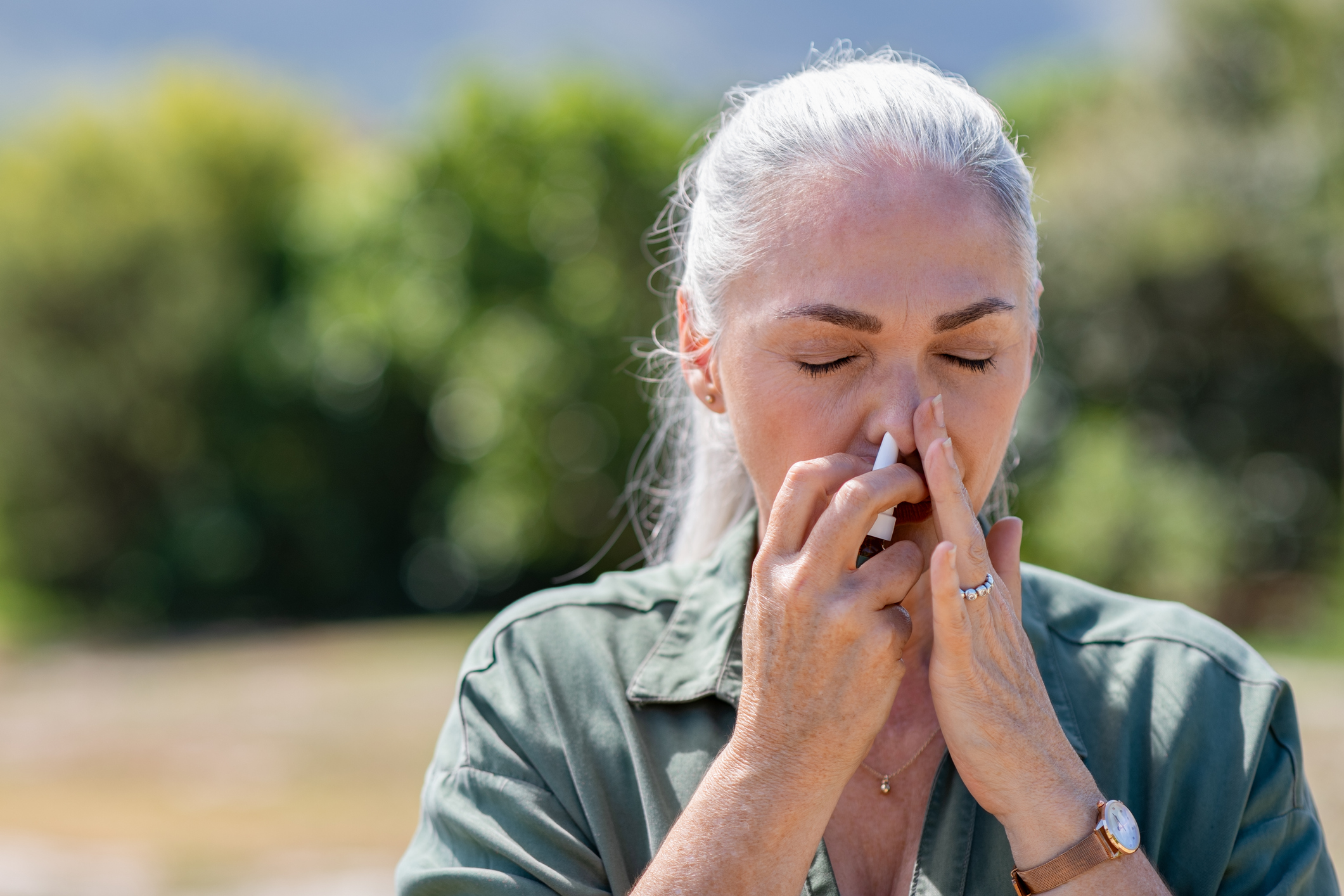 It makes a lot of sense to target the nose if you want to help prevent the spread of COVID-19. The virus enters the human body mainly through the nasal epithelial cells, which are meant to serve as a barrier — until faced with a virus that can permeate the mucosal membrane and make its way through the airways to attack the lungs. From there we’ve seen the devastation it can wreak, from blood clots to heart damage.

Luckily, a pair of scientists have just the right kind of experience battling those kinds of viruses. And even though some light is appearing at the end of the tunnel — with two vaccines available in the U.S. and a third poised for FDA emergency use designation — anything that can cut down on COVID-19 transmission is certainly welcomed.

Researchers at Columbia University Vagelos College of Physicians and Surgeons have created a nasal antiviral that blocked transmission of SARS-CoV-2 in ferrets. These animal studies suggest the nasal spray may prevent infection in people exposed to SARS-CoV-2, including recent variants.

The compound in the spray is a lipopeptide designed to prevent SARS-CoV-2 from entering host cells. It’s cheap to produce, does not need to be refrigerated and has a long shelf life. And because it is stable and easily transported, the nasal spray could get to more rural, low-income and hard-to-reach populations.

In the study of the Columbia antiviral, carried out in collaboration with scientists at Erasmus in the Netherlands, the ferrets were kept in cages to approximate a setting of close living conditions for people. Ferrets have lungs similar to humans and the virus spreads easily between them.

The lipopeptide was delivered into the noses of six ferrets. Then, a pair of treated ferrets were housed with two control ferrets that received a saline nasal spray and one ferret infected with SARS-CoV-2.

After 24 hours of intense direct contact among the ferrets, tests showed none of the ferrets treated with the lipopeptide caught the virus from their infected cagemate, and their viral load was zero. Meanwhile, all the control animals had become highly infected.

Columbia scientists Drs. Matteo Porotto and Anne Moscona, who created the lipopeptide being tested against SARS-CoV-2, have created similar molecules in the past to prevent infection of cells by other viruses such as measles, human parainfluenza virus and Nipah viruses. At the emergence of SARS-CoV-2, the researchers adapted their designs to the new coronavirus.

According to a paper published in mBio in October 2020, a first generation of the lipopeptide was studied in a 3D model of the human lung. There, it was able to eradicate an initial infection and prevent spread of the virus within the lung, all without being toxic to the airway cells.

There is growing concern among public health officials about the emergence of several SARS-CoV-2 variants that appear to be more easily spread and deadlier than the dominant SARS-CoV-2 strain. These variants could also be more able to evade the antibodies generated by the COVID-19 therapies and vaccines currently available.

In the Columbia study, the researchers tested the lipopeptide on cells infected with a range of SARS-CoV-2 variants, including the B.1.1.7 strain originating in the United Kingdom and the B.1.351 strain originating in South Africa. They discovered that the compound prevented all variants from fusing with the cell membrane as effectively as in the dominant SARS-CoV-2 strain.

The scientists say the lipopeptide could be used in a variety of settings where an uninfected person would be exposed to SARS-CoV-2, including households, schools or healthcare or community settings. The nasal spray is easy to administer, and protection would be immediate and last for at least 24 hours.

“Even in an ideal scenario with large segments of the population vaccinated — and with full trust in and compliance with vaccination procedures — these antivirals will form an important complement to protect individuals and control transmission,” Moscona and Porotto say. For instance, the nasal spray would be of particular benefit to people who cannot be vaccinated against or do not develop immunity to SARS-CoV-2.

The researchers hope to conduct human clinical trials soon. Their goal is to deploy the antiviral nasal spray to help contain transmission of the SARS-CoV-2 virus during the current pandemic, as well as to be prepared for future emerging strains and pandemics.

Vaccinations — Our World in Data