Home » Stressed? Why science says you should get ‘dirty’ 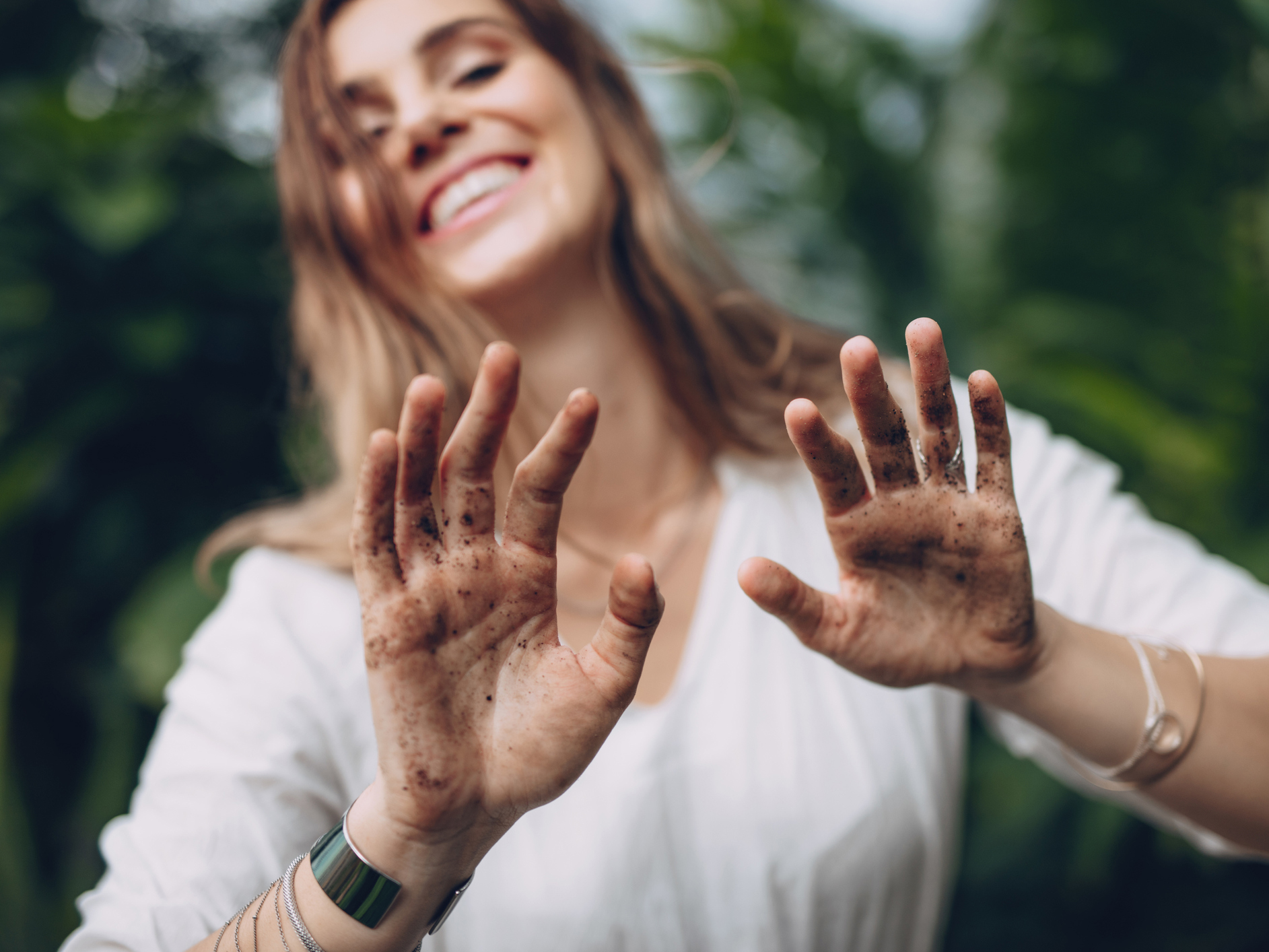 Inflammation and stress seem to be two of the most dangerous and rampant issues of our time.

And, of course, the stress we all now live with on a day-to-day basis can lead to anxiety disorders and depression, as well as headaches, high blood pressure, chest pain, and insomnia.

New research shows that the key to solving inflammation and stress might be one and the same. And, it could be found in a very surprising place — dirt. Yep, plain old dirty dirt.

Have you ever heard of the hygiene hypothesis? If not, here’s a quick crash course…

It’s a theory that was put forward by a British scientist, David Strachan, in 1989, suggesting that in our modern, sterile world, lack of exposure to microorganisms in childhood was leading to impaired immune systems and higher rates of allergies and asthma.

While it was pretty controversial at the time, researchers have since refined that theory to say that it’s not that we weren’t exposed to enough disease-causing germs that’s causing us to get sicker and sicker. Instead, it’s the fact that we’re not in enough contact with “old friends” — beneficial microbes in soil and the environment – that’s causing higher levels of inflammation and mental health problems.

Related: Why this ‘dirty’ hobby could help you live to 100

“The idea is that as humans have moved away from farms and an agricultural or hunter-gatherer existence into cities, we have lost contact with organisms that served to regulate our immune system and suppress inappropriate inflammation,” said senior author and Integrative Physiology Professor Christopher Lowry. “That has put us at higher risk for inflammatory disease and stress-related psychiatric disorders.”

The proof is in the dirt

And, while it might sound a little strange, it’s a theory that’s actually been proven multiple times, in multiple ways.

One study showed that children raised in a rural environment, surrounded by animals and bacteria-laden dust, grow up to have more stress-resilient immune systems and may be at lower risk of mental illness than pet-free city dwellers.

Related: Is the secret to beating superbug infections under your feet?

Another study found that when a bacterium found in the soil, Mycobacterium vaccae, is injected into rodents, it acts in the same way as antidepressants — and has long-lasting anti-inflammatory effects on the brain.

A third study even found that injecting that soil-based bacteria into mice prior to a stressful event could prevent a PTSD-like syndrome.

The stress-busting fat in dirt

And, now we finally know how it works…

Researchers at Colorado University Boulder have identified an anti-inflammatory fat in those bacteria found in the dirt, that’s behind all of the benefits.

“We think there is a special sauce driving the protective effects in this bacterium, and this fat is one of the main ingredients in that special sauce,” said Lowry.

According to researchers, this new discovery brings them one step closer to developing a microbe-based “stress vaccine.”

Yep, years from now, you may be able to go in and get a vaccine made from the microbes in dirt that will protect you from feeling stressed and even from the inflammation that leads to disease. This just shows how powerfully the microbes around us have evolved to keep us healthy.

Until then, you might want to do what I tell my children to do…

Go outside, walk around without your shoes on and play — or garden — in the dirt. Clearly, it’s not just for kids anymore.