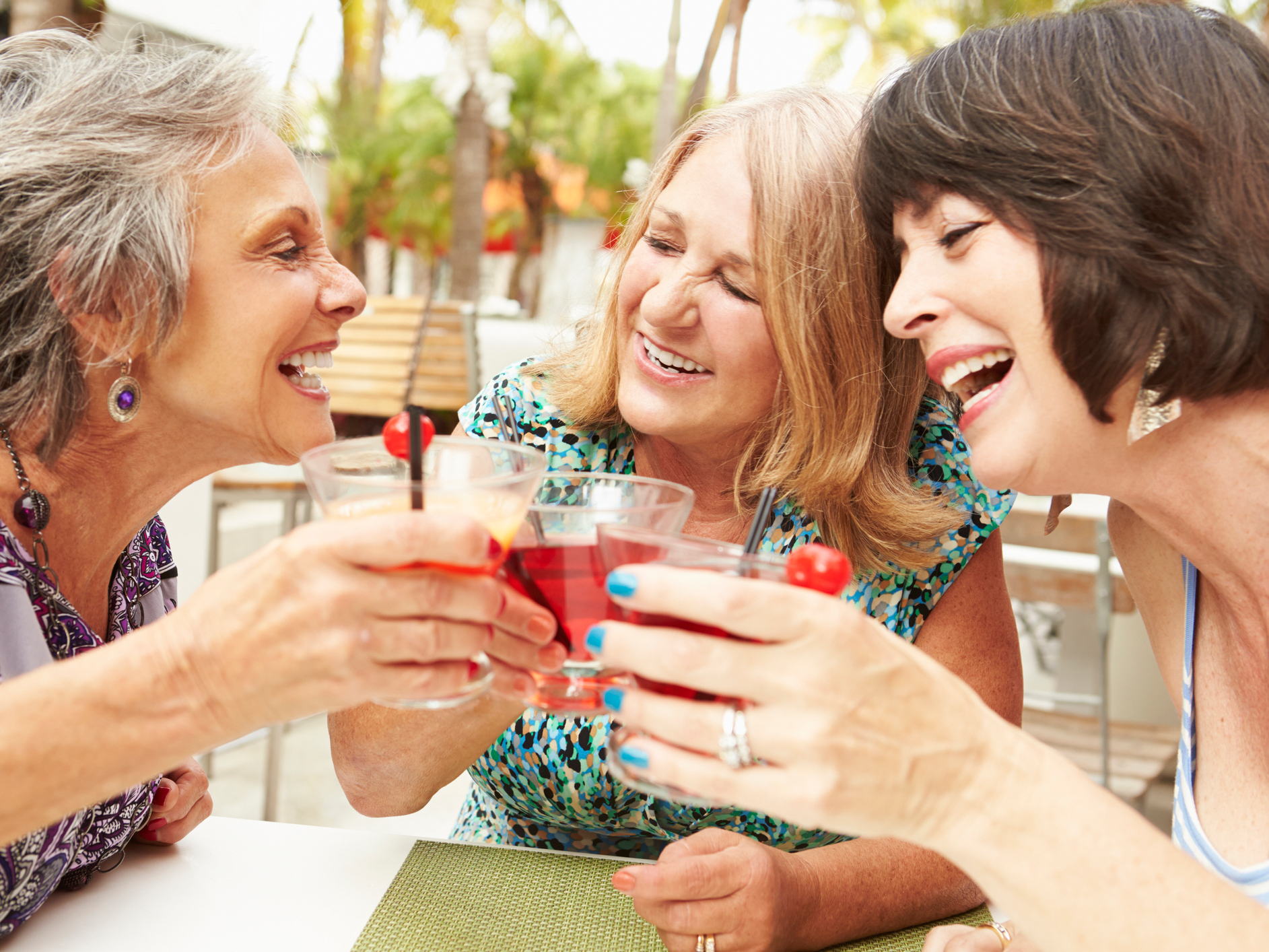 When Ellen was 74 years old, she was diagnosed with lung cancer.

The shock, and the anxiety of not knowing what would happen tomorrow, and the day after that, sent her into a tailspin.

“Am I cured? Or am I going to continue to have this battle?”

Like so many older adults, Ellen fell victim not only to cancer but to one of the major risk factors for becoming slowly addicted to alcohol, often without even realizing it’s happening.

Even without one of these “trigger” events, getting older means that alcohol affects your body in ways that it didn’t thirty, twenty, or even ten years ago.

Knowing these differences, as well as the early warning signs of a drinking problem and the “triggers” that can set things off, could help you or a loved one avoid going down that road, and instead find other, less risky ways of coping.

Alcohol and the aging body

Several normal changes that occur in our bodies as we age also change the way we react to alcohol, and what it does to us…

First, it takes longer to absorb alcohol than it used to, leaving a drink to circulate in your bloodstream and intoxicate you for longer than you’d imagine.

There are two reasons for this:

Second, the older we get, oftentimes, the more medications we’re on. And since alcohol remains in your system longer, it has more time to interact with those medications.

For example, drinking alcohol when you take aspirin can increase your chances of internal bleeding. And mixing alcohol with certain sleeping pills, pain medications or anxiety drugs can be life-threatening.

Also, as you might guess, alcohol use increases the risk of falls in older adults. Over time, alcohol can damage the cerebellum, the part of the brain that handles balance and coordination.

Dr. Mark Willenbring is an addiction psychiatrist and former director of the Division of Treatment and Recovery Research at the National Institute on Alcohol Abuse and Alcoholism (NIAAA).

Retirement. For someone who already enjoys a few drinks after work, it’s almost an invisible process to begin drinking more. After all, you’re not constrained by the time clock anymore, so why not just start drinking earlier in the day?

Disability. The feelings of depression and hopelessness that can come with finding yourself suddenly limited by a physical disability can easily trigger excessive use of alcohol.

Pain. With disability often comes pain. Reaching for a drink to try and deaden that pain, or distract oneself from it, is an easy and natural thing for most people to do.

Difficulty sleeping. As we get older, sleep patterns change and insomnia can be more common. Many people think that a “nightcap” will solve that problem when, in fact, it often makes it worse. And if you’re using sleeping pills, the results can be deadly.

Losing a spouse. It’s quite common for seniors who have lost a spouse to turn to alcohol as a way to deaden the pain of that grief. The trouble is that, unless they are coping in some other way as well, they very quickly become dependent on drinking to get through the day.

Signs of a problem

The NIAAA suggests that people 65 and older who don’t take any medications should average no more than one drink per day (seven in a week) and have no more than three drinks at one sitting.

According to these guidelines, a drink is one 12-ounce can or bottle of beer, one 5-ounce glass of wine, or one 1.5 ounce shot of an 80 proof or less liquor.

Of course, we know that an occasional glass of wine can actually be good for you, particularly if it’s red wine, rich in heart-healthy resveratrol.

But as with most things, it’s a good idea to talk with your doctor if you think you’re having a problem with drinking and to establish personal drinking guidelines that are best for your health.