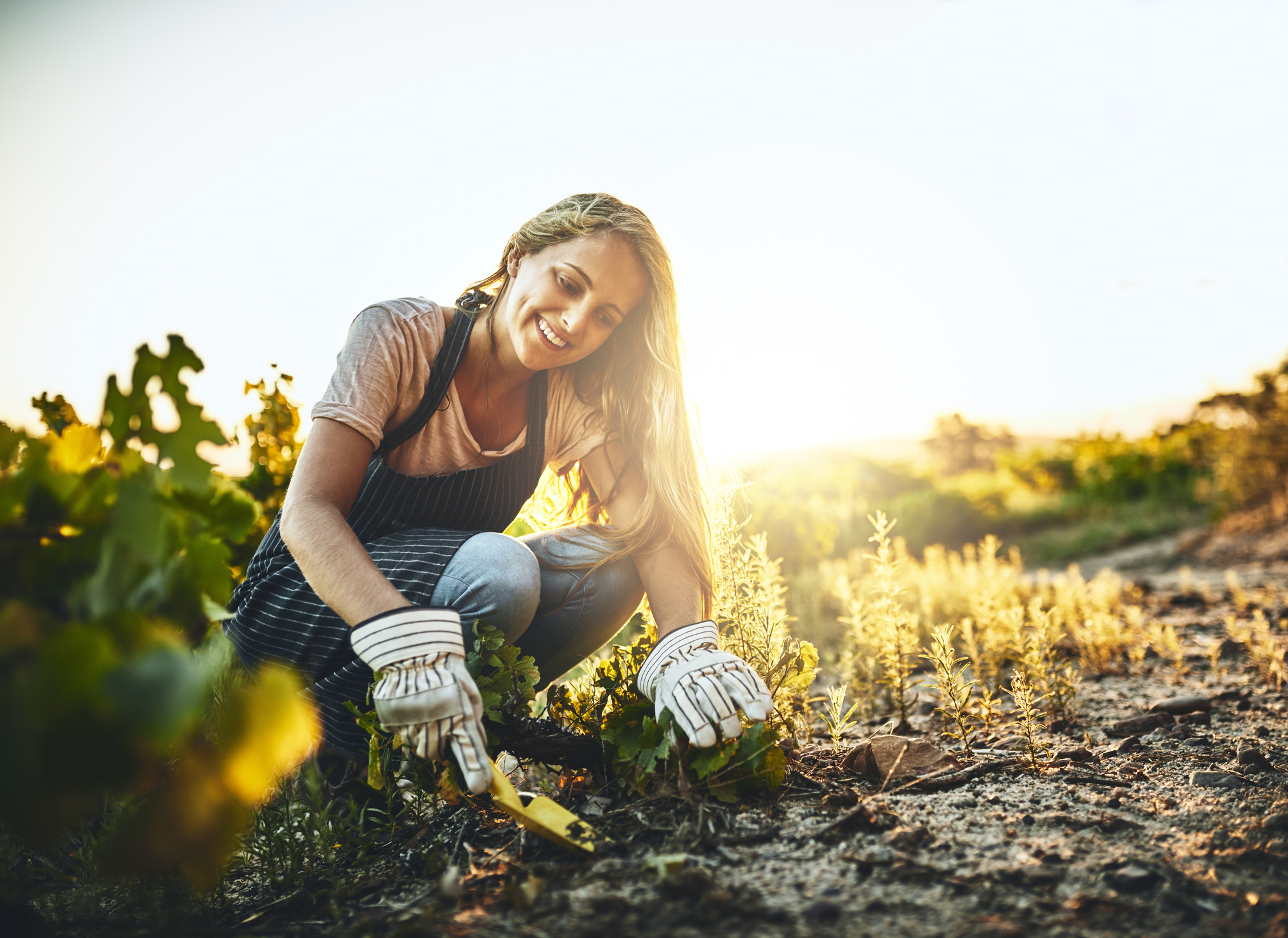 Gardening is good for you.

Growing your own fresh produce, free of the taint of pesticides or other contaminants, is considered an activity that could help head off Alzheimer’s disease and depression and boost the immune system.

On top of that, it now seems that if you want to live to be 100, you should definitely start planting.

And with spring knocking on your door, there’s no time like now to take up a new hobby. Maybe you want to grow flowers instead. Truth be told, the secret of gardening’s benefits may lie in just getting your hands dirty.

The Greek Island of Ikaria is a place where many people live to be 100 and beyond. The island is one of five “blue zones” around the world with exceptional longevity.

Experts have found that people in these places do have some things in common: a plant-based diet, a good social support network, and daily exercise.

And, they garden. Well into their 80s and 90s, these people are planting, pruning and fertilizing.

Not surprisingly, several studies have highlighted the connection between a green thumb and long life…

But are these benefits purely psychological — or is there something in the dirt that’s just this beneficial?

Dirt can make you happier and healthier

When you were a child, I’m sure your mother would have been horrified to find you out in the garden, eating dirt.

But there’s research telling us that encountering a little dirt along with our produce is not only harmless, it can also actually make us healthier.

However, she noticed that her patients appeared significantly happier, expressed more vitality, and showed better cognitive functioning. In other words, it improved their quality of life.

A few years later, a British neuroscientist injected the same bacterium into mice and put them through a stress test. The bacterium “lit up” neurons in the mouse brains that produced serotonin, our “feel-good” neurotransmitter, as well as neurons controlling their immune system.

Scottish researchers identified a new strain of bacteria in their native soil that kills four different strains of antibiotic-resistant superbugs.

And PQQ (pyrroloquinoline quinone), a vitamin-like nutrient that exists naturally in soil, supports mitochondria (cellular energy generators) and in research is tied to longevity. Some plants are able to uptake it through their roots.

So, if you pull up a home-grown veggie fresh from the ground, you shouldn’t fear giving it a brush and snacking on some raw goodness. Of course, that’s not something you’d want to do with the produce found at the grocery store. Besides herbicides or insecticide concerns, runoff from industrial farms is polluted with animal waste, antibiotics, hormones, and resistant bacteria.

Get your hands dirty and grow something

Some vegetables are better than others for indoor growing. You want things that don’t have a big “footprint” or require a lot of space.

A sunny windowsill or kitchen is fine, but bear in mind that winter sunlight is unpredictable, and lasts for fewer hours. For as little as $20.00, you can invest in some “grow lights” that will keep your plants happy.

Carrots, arugula, lettuce, and kale can grow well in an indoor container. So can basil and other herbs.

Microgreens are simply vegetable plants that you’ve sprouted from seeds. They are larger than sprouts but smaller than the leafy plant. Seeds can be purchased for individual vegetables like kale, radish, Swiss chard, cabbage, broccoli, beets, and others, individually or in a mix.

All you need is a plastic tray and some soil. Place your seeds between two layers of soil, and keep them damp. They will be ready in a week or two, depending on what you’ve planted.

And if you’d rather grow flowers, go for it, just be sure to get your hands deep in that soil.

Dirt has a microbiome, and it may double as an antidepressant — Quartz

How to Grow Microgreens — Garden Answer/YouTube