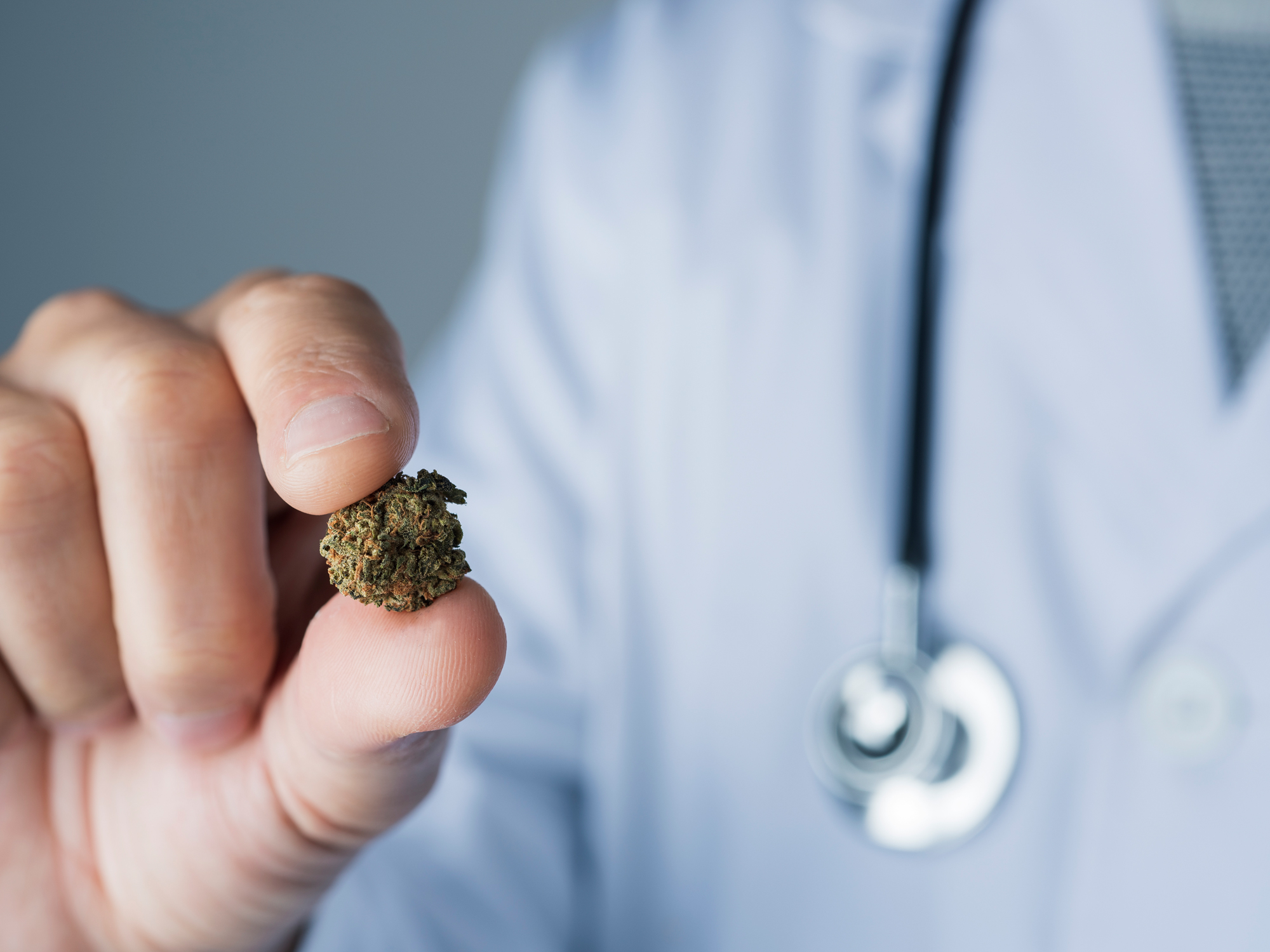 Your body has an entire system that runs on cannabinoids.

In 1988, two scientists in a laboratory at the St. Louis University School of Medicine proved without a doubt that the human body is wired for cannabis.

The discovery of the body’s cannabinoid receptors lead directly to another question: If the body has these dedicated neurological centers that respond to the chemicals in cannabis, wouldn’t it make sense that the body produces those chemicals itself? And if so, of what benefit are they to us?

Since then, all of these questions have been answered. We do, indeed, produce endocannabinoids (“endo” meaning “self”).

Not only that: It turns out that these chemicals are crucial to the day-to-day, steady function of just about every system in the human body.

In 1988, Allyn Howlett and William Devane, those two scientists from St. Louis University, proved the existence of cannabinoid receptors.

These are neurological centers throughout your body that are “assigned” to keep things stable within the body — as part of a larger endocannabinoid system (ECS).

We all come equipped with this system, which works like a bunch of locks and keys, in which endocannabinoids bind to receptors to control things like memory, digestion, pain, appetite, and digestion — with one common goal: to maintain homeostasis.

In other words, a stable inner environment regardless of what’s happening on the outside. And just like any other important body system, when it’s not functioning right, there are problems…

More and more research is leading us to harness the power of the endocannabinoid system to fight a host of diseases and conditions including multiple sclerosis, Parkinson’s and Huntington’s diseases, hypertension, glaucoma, schizophrenia, metabolic syndrome, osteoporosis, spinal cord injury and more.

But one thing we do know for sure it that when an imbalance occurs in the ECS, the body manufactures endocannabinoids to fix it. If it can’t produce enough, resulting in Clinical Endocannabinoid Deficiency, we need to look to outside nutrients for help…

“Superfoods” and herbs to keep the system healthy

Medical cannabis is not legal everywhere. Until it is, cannabimimetics, “superfoods” and other natural substances that mimic the activity of cannabinoids, can nourish and support the endocannabinoid system. Here are a few of them:

1. Essential oils.
The aroma molecules found in rosemary, lavender, clove, and cinnamon essential oils are known as terpenes. They bind to CB2 receptors (one of the two types of cannabinoid receptors) to boost the immune system. And terpenes have been studied for “transdermal drug delivery,” meaning they can penetrate the skin. So, consider mixing any of these essential oils with a carrier oil (like coconut oil) and apply.

2. Cacao.
Cacao nibs contain anandamide, an endocannabinoid produced in the brain that promotes relaxation of muscles and calming of mood.

3. Omega-3 fats.
Researchers are discovering that many of the known benefits of omega-3 fatty acids are available because the body converts the omega-3 in foods like salmon, walnuts, and spinach into endocannabinoids.

4. Holy basil.
Also known as tulsi, holy basil is an ancient Ayurvedic herb that is known to strengthen the immune system and prevent colds. It’s even been shown to have anti-cancer properties.

Holy basil also contains β-caryophyllene, a compound that mimics cannabis in its ability to reduce inflammation and pain.

5. Helichrysum.
Helichrysum italicum is a plant that ‘s been used for centuries in traditional medicine throughout the Mediterranean. Different parts of the plant are prepared in different ways to treat constipation, liver disease, coughs and colds, insomnia and joint inflammation.

The reason it can treat so many things is probably due to the wide range of cannabimimetics it produces.

Read: What cannabis can do for Crohn’s and colitis

6. Echinacea.
Again, here’s a plant whose healing abilities are well known to us, and are most likely due to the action of cannabinoids.

We know echinacea for its ability to control colds and respiratory ailments. It seems that it contains fatty acid compounds that bind to and activate cannabinoid receptors.

Before adding a new herb or supplement to your health regimen, it’s best to check with your doctor. But there’s every indication that these cannabinoid-rich foods, and others, by supporting your endocannabinoid system, may be an important key to controlling a host of diseases, without unwanted side effects.