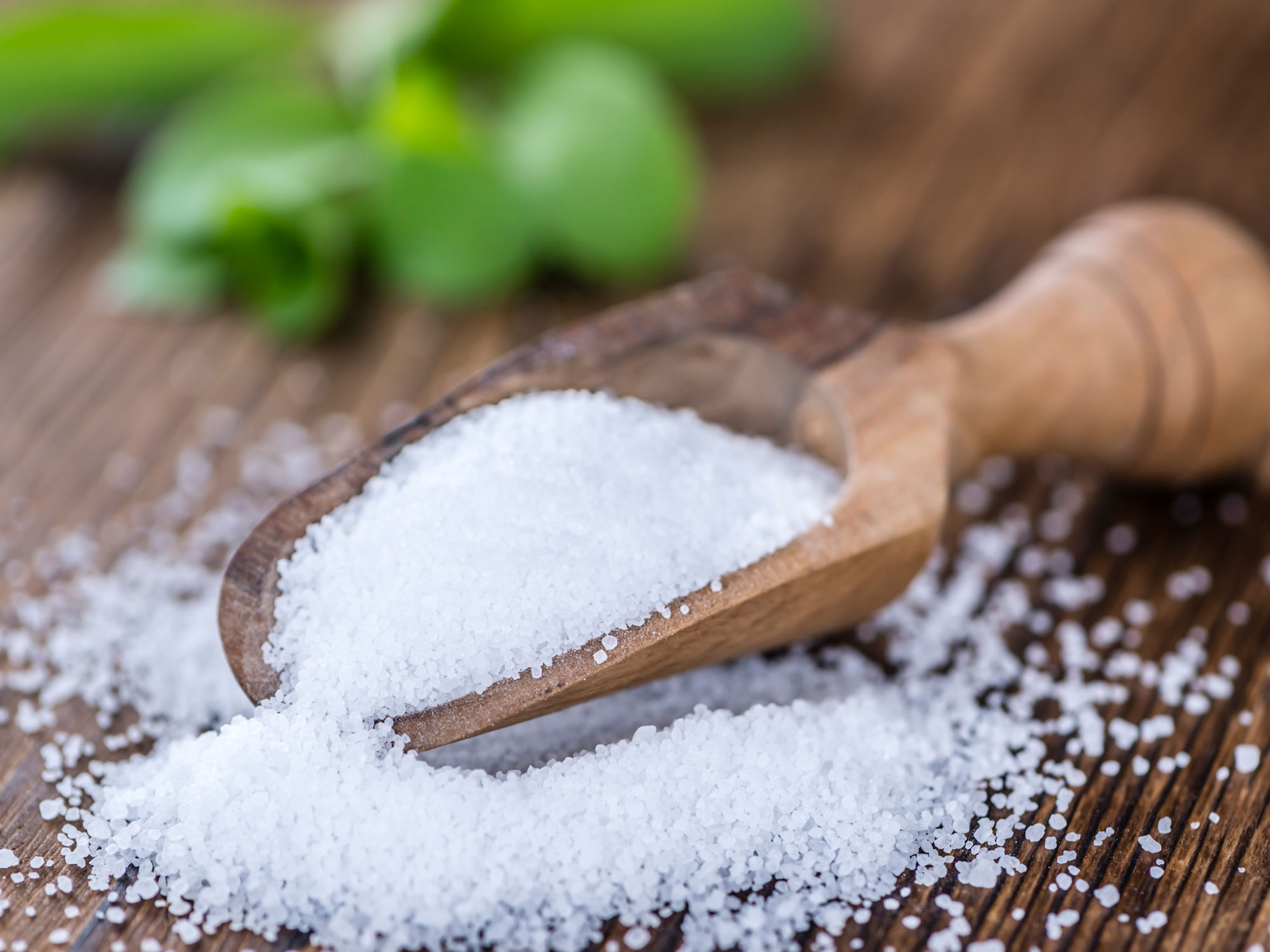 They’re so common that you may not even bat an eye if you or your spouse deals with a few of these conditions. Who doesn’t nowadays?

Even worse, you may not realize that when you have three or more of these conditions together, they become a dangerous “syndrome” known as metabolic syndrome. About 30 percent of adults in the U.S. have this syndrome.

And don’t fool yourself into thinking that just because metabolic syndrome is considered a “syndrome” and not a “disease” it’s no big deal. It’s a very big deal. It puts you at a higher risk for serious health issues like heart disease, stroke and diabetes.

So now that we’ve established the seriousness of the situation, the question is… what can you do about it?

Well, whether you’re already dealing with metabolic syndrome or you’re on the verge of developing it, the future of your health largely depends on what you’re eating… and what you’re not…

Sugar, for example, is enemy number one in the fight against metabolic syndrome.

If you can cut (or drastically reduce) sugar from your diet, you’ll tame the high blood pressure, high blood sugar, excess belly fat and high cholesterol that are putting you in danger of developing metabolic syndrome and possibly other serious diseases.

But don’t worry. Cutting back on sugar doesn’t mean life can’t be sweet. There’s a natural sugar alternative that could be a sweet yet simple solution to this very serious syndrome…

Researchers from the Autonomous University of Yucatan and the National Institute for Forest, Agronomic, and Livestock Research in Mexico found that the natural, calorie-free sweetener stevia could help prevent metabolic syndrome.

In their study, these researchers gave lab rats stevia in place of sugar for 10-days. This helped the rats reduce their calorie-intake and lose weight.

Researchers also closely examined several components of the stevia plant and determined that these compounds have the potential to fight and treat obesity, diabetes, hypertension and dyslipidemia (high cholesterol) — all conditions associated with metabolic syndrome.

On top of all that, researchers noted that stevia contains healthy phytochemicals like phenols and flavonoids, which are helpful in burning fat and fighting inflammation.

So stevia sounds like a pretty good alternative to sugar for people battling metabolic syndrome. But it gets even better…

Previous studies have proven that stevia helps control blood sugar in people. And a study that came out earlier this year helped explain why…

In this study, researchers from the University of Leuven, Belgium found that two active compounds in stevia, stevioside and steviol, impact an ion channel (a microscopic pathway in your cells) that ensures your pancreas releases enough insulin after every meal. In fact, researchers found that mice who ate an unhealthy diet never developed diabetes as long as they were also consuming stevioside.

Researchers believe stevia may be the inspiration for an effective diabetes drug down the line. But in the meantime, you can try this natural sweetener yourself to see what it can do for your metabolic syndrome.

Making the switch to stevia

Stevia is derived from a South American herb called Stevia rebaudiana Bertoni. It tastes 200 to 300 times sweeter than table sugar, but it does have a slightly bitter aftertaste that takes some getting used to.

Stevia doesn’t contain any calories, which is one of the many reasons it’s helpful for people trying to lose weight, battle metabolic syndrome or fight diabetes. It also doesn’t impact blood sugar. So you get the sweetness you crave without the blood sugar spikes.

Other studies show that compounds in stevia fight pancreatic cancer cells and kill the bacteria that causes Lyme disease. So why not give stevia a shot?

It’s easy to make the switch from sugar to stevia. Just head to the health food store and buy some. Once you have stevia on-hand, you can do a quick search for recipes that use stevia instead of sugar. There are plenty on Pinterest.

Or if you have a favorite recipe you’d like to try with stevia instead of sugar, just replace every cup of sugar with 1/3 to 1/2 teaspoon of undiluted stevia powder or 1 teaspoon of a liquid stevia extract.

If you’re curious how stevia stacks up to other healthy alternatives to sugar, check out this guide to the best sugar substitutes.