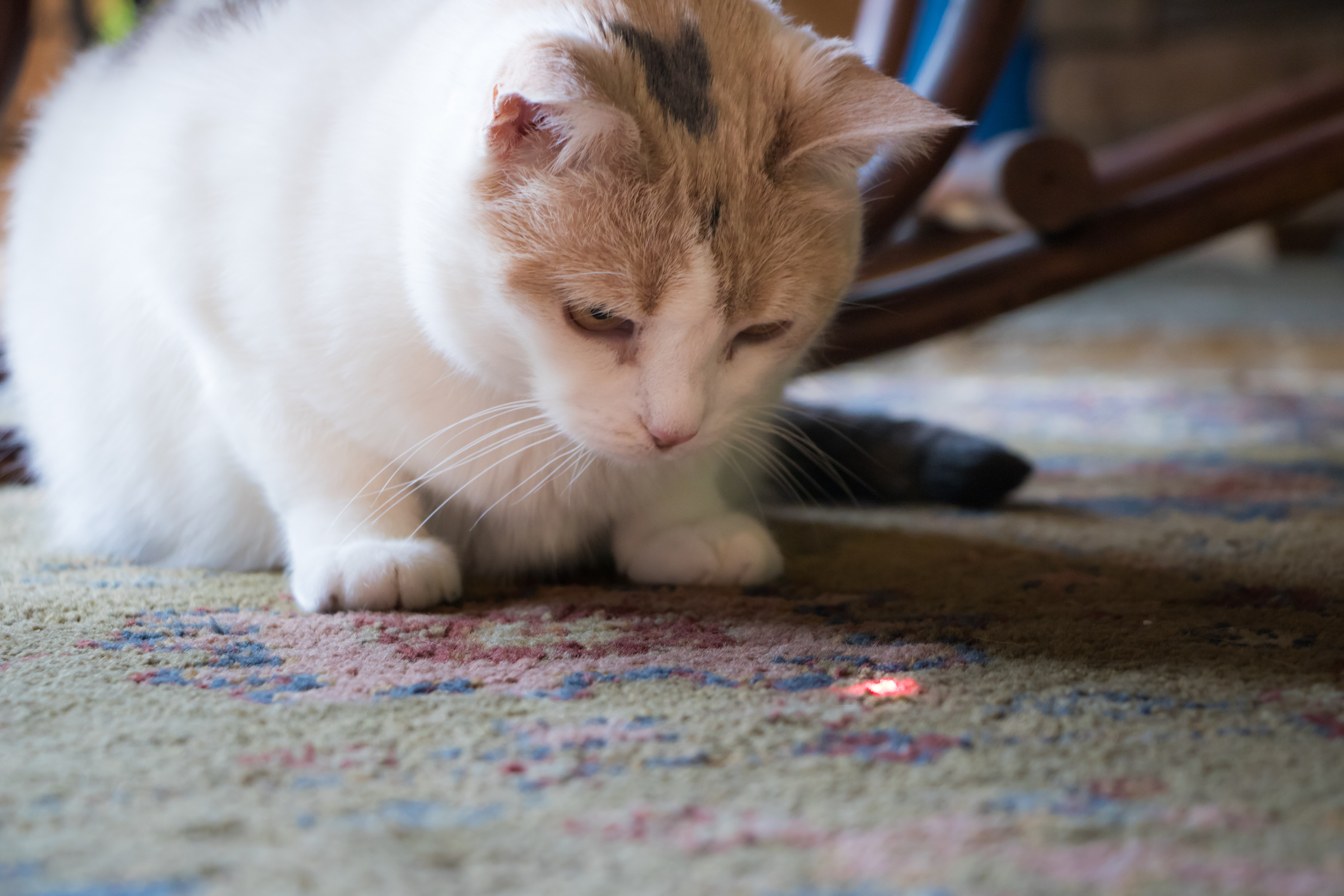 My cats love chasing laser pointers. And if you have cats, I’m guessing yours do too. I’ve never met a cat who doesn’t (although, I’m sure there are some strange, laser-pointer averse cats out there).

The good news is there are a lot of benefits to playing with your cat using a laser pointer… the biggest being that it gives your cat exercise and entertainment. I can’t think of too many other uses for them these days… but pocket laser pointers were once popular, and you could find them laying around offices, where they were handily used to direct attention during a presentation.

But if you do happen to have one of these laser pointers laying around the house, you should know they’re not completely harmless…

In fact, they could cause serious damage to your eyes.

A new scientific case study shows these popular pet toys have the power to “blast away” cells in the back of the eye within a few seconds. And those cells may never recover.

An Ohio teenager recently caused permanent damage to his eyes after looking at the beam of a pet laser pointer for too long.

The 14-year-old boy was playing with pet laser pointers with a friend when he stared at the laser for several seconds. Suddenly, he saw a bright light that limited his vision for several minutes. Later, he noticed that when he was looking at text with his left eye closed, one letter was missing. When he looked with both eyes, he didn’t notice a problem. But he decided to seek professional help anyway and here’s what they found…

By looking directly at the laser pointer for several seconds, he had created lesions in the retinas of both eyes. His ophthalmologist said the boy’s retinal cells were basically “blasted away” by the laser. He had two lesions in the right eye and one lesion in the left eye that looked like black gaps in a large grouping of eye cells.

Just to give you a little rundown of what the retina does, it’s an area of the eye that contains something called photoreceptors. These photoreceptors are light-sensitive cells that are also known as rods and cones. And they have a pretty important job… they enable us to see.

“There’s just nothing left there,” said Frederick Davidorf, the co-author of the paper describing the case. “The affected areas are devoid of cones.”

Doctors examined his eyes 11 months and 20 months after his initial injury. And although there was a slight decrease in his lesions, they say these lesions will never go away completely. Which means those few seconds of staring at a pet laser pointer gave this boy permanent eye damage. Yikes.

As someone who’s wielded a pet laser pointer many times without even thinking about its potential dangers, this case study is a little scary to me. Granted, I know not to look directly at a laser pointer, but accidents happen. And clearly based on this boy’s case, it doesn’t take long (only a few seconds) for permanent damage to occur. That’s why I thought it may be a good idea to go over some laser pointer safety tips that we all probably need a little refresher on…

The first thing to know is that laser pointers come in different classes: Class 2, Class 3R, Class 3B and Class 4. Class 2 is the least powerful laser and therefore the safest for your eyes. Try not to buy anything in a class higher than that if possible. Class 3R is relatively safe for the eyes, but a little stronger than Class 2. The other two classes are powerful lasers and are more dangerous to the eyes. Also, make sure to never buy a laser pointer that doesn’t say what class it is. Who knows what you’re getting? You should also:

Just as a point of reference, the energy a laser pointer shoots into the eye is significantly greater than the energy that enters the eye from staring at the sun. And you know how bad staring directly at the sun is for your eyes. So, take laser pointer safety seriously… and maybe find another toy for your cat. I think I’m going to.

Pet laser pointers have enough power to ‘blast away’ cells in the back of the eye — MedicalXpress.