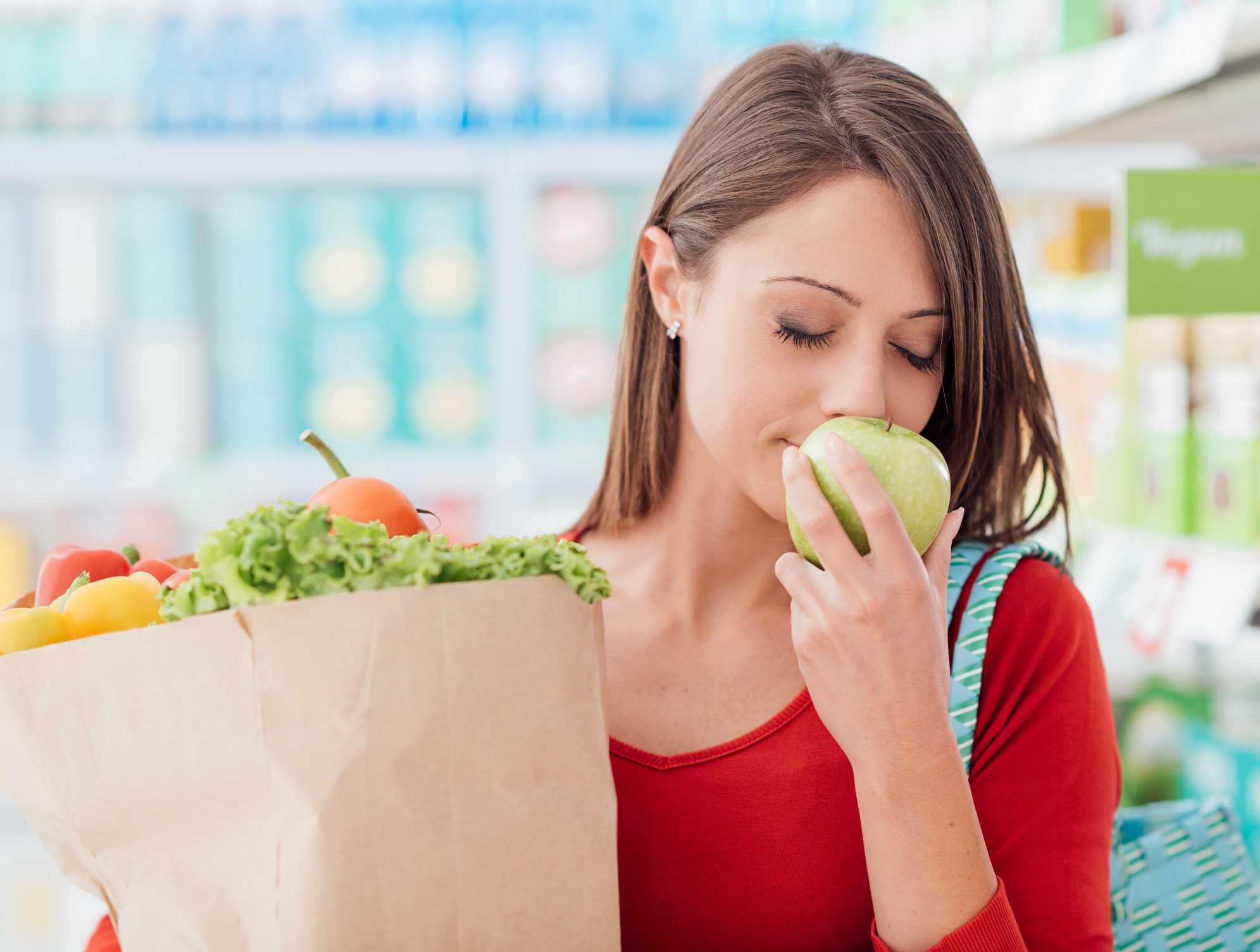 I buy a lot of my food organic… but not all of it. Sometimes, the price tag is so steep that I convince myself my body can handle a little dose of pesticides for the sake of my pocketbook. But based on all I’ve learned about pesticides and produce, I know I need to be strategic about which foods I buy organic and which ones I buy conventional.

Some foods contain far higher pesticide levels than others. And pesticide exposure from food is tied to everything from fertility issues to obesity to cancer risk. That’s why every spring I eagerly await The Environmental Working Group’s Dirty Dozen. In case you’re not familiar with it, the Dirty Dozen is a list that the Environmental Working Group assembles every year of the most pesticide-filled produce based on data released by the Department of Agriculture.

You should buy everything on that list organic if you can. These fruits and veggies contain some of the highest pesticide concentrations around. In fact, you could easily print out the Dirty Dozen and use it as your organic shopping list. So, what’s on the dirty dozen this year? A lot of familiar faces… and a few surprising ones:

After closely examining data released by the USDA, the Environmental Working Group reports that 70 percent of fresh produce sold in the U.S. contains residues from chemical pesticides. Here are the 12 items that contain the most:

The USDA’s data showed that over 90 percent of strawberry, apple, cherry, spinach, nectarine and kale samples they tested contained two or more pesticides. In fact, several kale samples contained a whopping 18 different types of pesticides. Spinach was packed with pesticides too. Both kale and spinach had 1.1 to 1.8 times more pesticide residue by weight than any other fruit or veggie.

This year, the USDA also released pesticide data on raisins for the first time since 2007. What that data revealed was alarming for all the raisin lovers out there. Raisins were the most pesticide-packed produce item of all. They’re not on the list because technically they’re not a fresh fruit or veggie. But EWG found that 99 percent of non-organic raisin samples contained two or more pesticides.

So, now you know at least 13 foods you should buy organic if possible. But what items can you get conventional to save cash?

According to the EWG, less than 2 percent of avocado and sweet corn samples contained pesticide residues. In fact, nearly 70 percent of samples tested for the Clean Fifteen were free of pesticide residues. So, if you’re not able to buy all organic produce, these are the items you can buy the commercially produced versions of without worry.

What if you can’t buy organic at all?

I know that buying organic produce isn’t financially possible for everyone. If that’s the case for you, don’t worry. Eating lots of fresh fruits and veggies is still good for your health, even if they contain pesticide residue. You could also practice produce cleaning methods that get a lot of the pesticide residue off, like soaking your veggies in a 10 percent saltwater solution for 20 minutes.

Another option is to grow some of your own fruits and veggies… or to visit a farmer’s market and buy from small, local farmers. Sometimes small, local farmers are unable to jump through all the hoops necessary to get the USDA organic certification, but they don’t use pesticides on their produce. Just ask about their pesticide use before you buy.