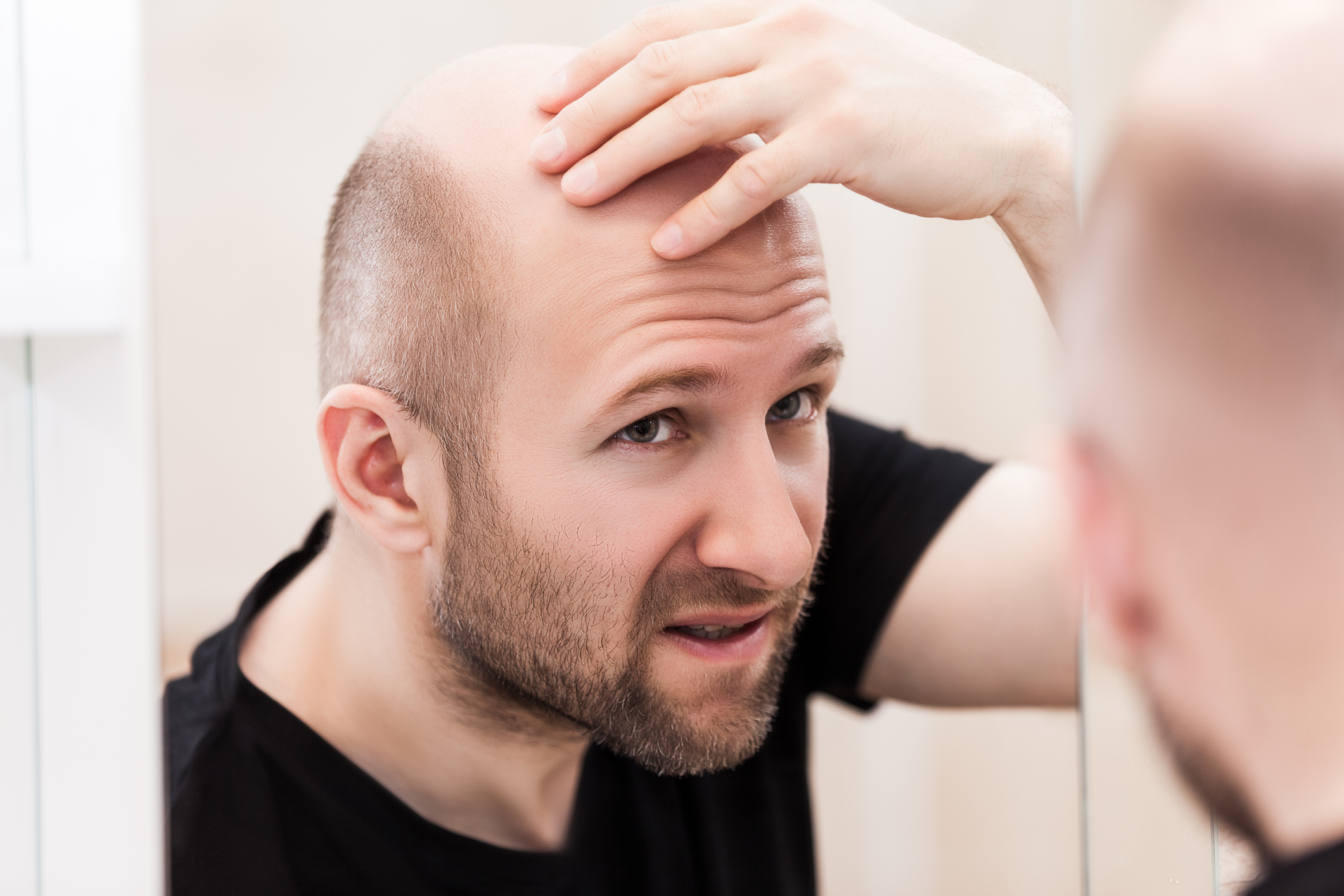 Obesity can lead to a laundry list of potential health problems. From heart disease and diabetes to sleep apnea, arthritis and stroke, carrying around those extra pounds can make your life more difficult or even dangerous.

And according to a study reported in the journal Nature, those might not be the only effects fat has on your body. In fact, researchers have found that both the fat in the food we eat — and the kind of that sticks to our bodies — could be to blame for thinning hair.

It’s been noticed among the scientific community that there are higher rates of androgenic alopecia among overweight people.

Androgenic alopecia is a common form of hair loss in both men and women. In men, it’s better known as male-pattern baldness (hair begins thinning over the temples and crown and can result in partial or complete hair loss). In women, the hair becomes thinner all over the head, but the hairline doesn’t recede.

A team of scientists at Tokyo Medical and Dental University set out to understand the connection between hair loss and weight, so they began by looking at how fat affects hair follicle stem cells — or HFSCs.

These stem cells are responsible for how our hair continues to grow back and get longer over time. When we’re healthy and youthful, HFSCs are capable of renewing themselves every hair follicle cycle.

But as time passes, as with everything, the renewal process doesn’t seem to work quite as well. And once they are unable to replenish themselves, your hair begins to thin and fall out.

So what does that have to do with fat?

According to the researchers, both high-fat diets and obesity caused by genetics can contribute to the depletion of HFSCs by instigating epidermal differentiation set off by oxidative stress and the activation of inflammatory cytokine signaling.

Their studies in mice found that even just four consecutive days of a high-fat diet caused a rise in oxidative stress that resulted in fewer stem cells.

Additionally, according to Emi K. Nishimura, senior author, “the gene expression in HFSCs from the high-fat–fed mice indicated the activation of inflammatory cytokine signaling within HFSCs.” These inflammatory signals block hair follicle regeneration, leading to a loss of follicles and eventually overall hair loss.

Is the advice simply to eat less fat and lose weight? That’s a good first step, but not the only one…

A healthier head of hair

Cutting down on fat in the diet is a win-win whether it’s to reduce hair loss or to protect your health in general. But while you are adjusting to a diet with less fat, you can also focus on reducing oxidative stress and inflammation via other means.

Easy Health Options editor, Virginia Tims-Lawson, has written an in-depth article on natural ways to lower inflammation levels, including five powerful supplements that can put out those fires.

But what about oxidative stress?

Well, let’s first look a just what oxidative stress is in order to understand how to defeat it.

Oxidative stress is considered “a disturbance in the balance between the production of reactive oxygen species (free radicals) and antioxidant defenses.”

In other words, it happens when the free radicals in your body that do damage outnumber the antioxidants that prevent that damage.

And since that’s the case, the answer to overcoming oxidative stress is to up your antioxidant levels.

You can do this through supplements such as:

Or you can get your antioxidants through foods and drinks like green tea, dark chocolate, blueberries, raspberries, red cabbage and grapes.

What is oxidative stress? — NIH

What Health Conditions Are Linked to Obesity? — WebMD

Eating Less Fat May Save Your Hair — TMDU