Home » The disturbing truth about blue light and aging 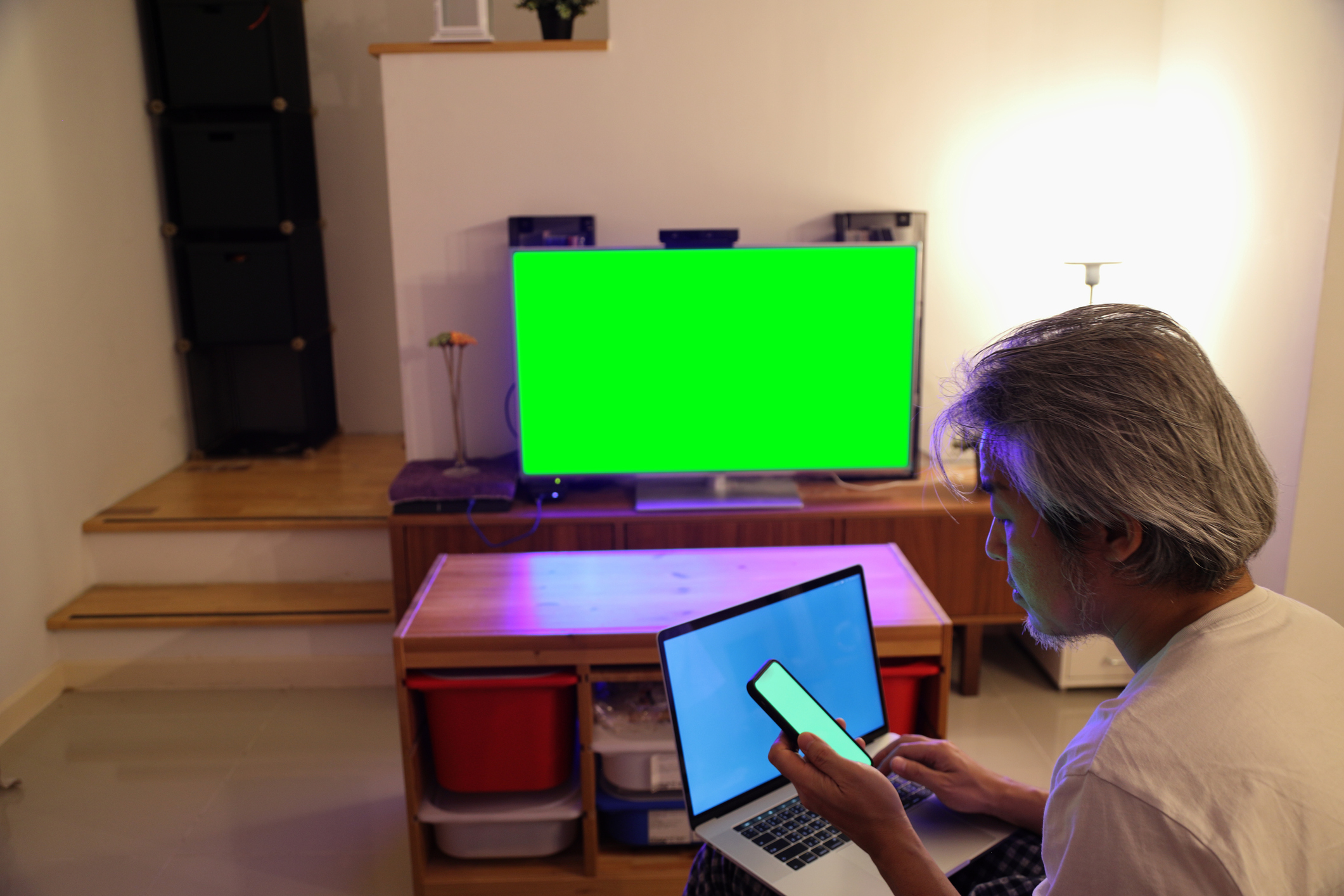 It’s essential for maintaining our circadian rhythm, the 24-hour cycle that regulates the body’s processes from brain wave activity, hormone production to cell regeneration — all of which are important factors in eating and sleeping patterns.

That means natural light and our good health go hand in hand.

But these days, we get less exposure to natural light, while our exposure to the blue light emanating from phones, computers and household fixtures has grown exponentially.

My daily smartphone usage alone runs into an embarrassing number of hours per day. Add in the time I spend at my computer working, watching my LED TV, and reading under the evening glow of my LED bulbs, and there’s barely an hour when I’m not bathed in blue light.

Unfortunately, evidence continues to build that all that artificial light is disruptive to the natural order of things, like our circadian rhythm. And more studies are starting to reveal the specific damage that blue light exposure causes, especially as we age…

Researchers at Oregon State University (OSU) and Oregon Health & Science University (OHSU) recently examined the effects of constant blue light exposure on the common fruit fly. Scientists often use the fruit fly as a model organism in studied because it shares cellular and developmental mechanisms with humans and other animals.

The flies in the study were kept in darkness and then moved at progressively older ages to an environment of constant blue light from light-emitting diodes (LEDs). The transitions occurred at the ages of two, 20, 40 and 60 days.

The researchers then examined the blue light’s effect on the mitochondria in the flies’ cells as well as its impact on the flies’ longevity. Mitochondria act as the cell’s “power plant” by generating the chemical adenosine triphosphate (ATP) for energy.

According to the results, blue light of the same intensity and duration reduced survival and increased neurodegeneration more significantly in old flies than in young flies. And these differences appeared to be caused at least in part by impaired mitochondrial function.

“We determined that specific reactions in mitochondria were dramatically reduced by blue light, while other reactions were decreased by age independent of blue light,” says Jaga Giebultowicz, a researcher at OSU who studies biological clocks. “You can think of it as blue light exposure adding insult to injury in aging flies.”

Giebultowicz adds that the study also showed chronic exposure to blue light can impair energy-producing pathways even in cells not specialized in sensing light.

These results are in line with those from a 2019 study that found fruit flies exposed to blue LED light for 12 hours a day experienced shorter lives, impaired locomotion and damage to their retinal cells and brain neurons. This damage occurred even in some mutant flies that didn’t develop eyes, suggesting flies didn’t have to see the light to be harmed by it.

Canceling out the blue

Clearly, it’s unrealistic to expect us to completely give up our light-emitting devices. But there are things we can do that will greatly reduce our exposure to harmful blue light.

First, check your phone, laptop and other devices. Most have a setting you can switch on that will block blue light emissions. It used to be suggested that this only be done at night, but it’s probably better for your health if you make this a permanent change.

If you have LED lights in your home or watch an LED TV, you can buy eyeglasses that filter out blue light and protect your retinas. Or you could switch out your LED screens for displays that use OLED, a type of polychromatic display that gives off a lot less blue light than standard LEDs. Blue light emitted from OLED is reportedly 50 percent less than the safety standard set by the International Electrotechnical Commission.

Daily exposure to blue light may accelerate aging, even if it doesn’t reach your eyes, study suggests — Oregon State University