Home » The nutty reason a calorie isn’t always a calorie 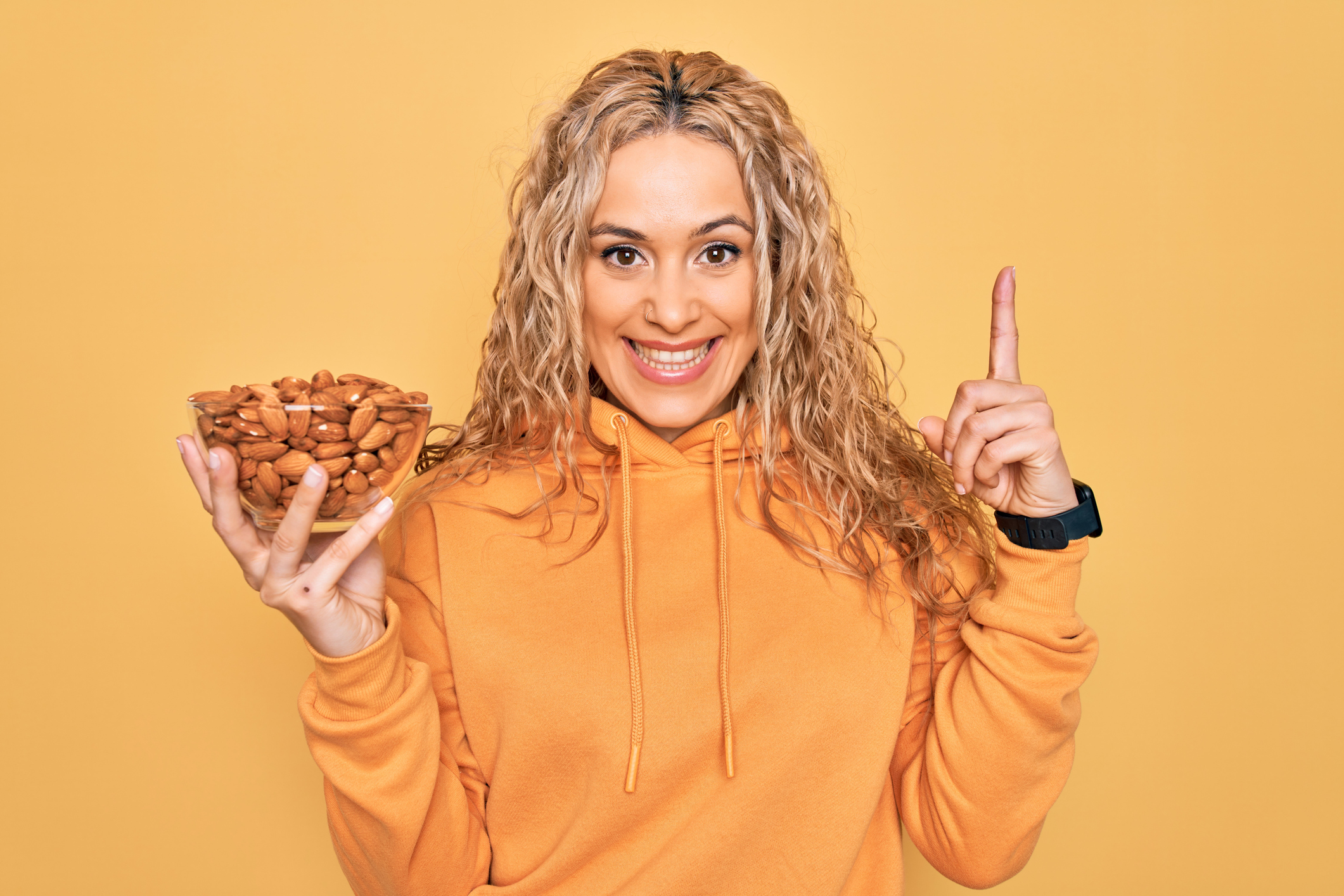 Almonds are great for your heart. Studies show that eating almonds increases the amount of HDL cholesterol in your body.

This is a good thing. HDL is the “good” cholesterol that acts like a cholesterol “garbage man,” collecting the cholesterol your body doesn’t use and bringing it back to your liver for disposal.

That’s why people with heart disease are advised to eat more nuts.

Yet, nuts like almonds still get “bad press.” You’ll often hear that snacking on nuts all the time can lead to weight gain, because of the calories that come from their fat content.

This, despite a study showing that people who ate almonds had a smaller waist circumference and a lower body mass index (BMI).

But what if I told you that when you eat that handful of almonds, you’re really not absorbing all those calories?

When a calorie isn’t a calorie

Dr. John Sievenpiper was the principal investigator of a University of Toronto study which showed thata calorie labeled is not the same as a calorie digested and absorbed when the food source is almonds.

Traditionally, the number of calories in a food is determined using something called Atwater factors, named after Wilbur Atwater, the scientist who developed the system in the late 19th century.

Atwater factors assign an estimated number of calories per gram of fat, protein and carbohydrate in a particular food.

But this method of calculating calories doesn’t account for the fact that not all calories from almonds are available to the body.

The University of Toronto researchers found that about 20 percent of calories from the fat in almonds remained unabsorbed because it’s so difficult for our teeth to penetrate the almond’s tough cell walls and release the fats inside.

This means that you’re getting about 50 fewer calories from that handful of almonds than you thought.

“One unique aspect of this study is that it assessed people with high cholesterol, who are at greater risk for cardiovascular disease,” says Stephanie Nishi, a doctoral student at the University of Toronto at the time of this study.

Besides being good for lowering cholesterol and protecting your heart, almonds are rich sources of vitamin E, magnesium, and inflammation-fighting antioxidants.

Whole almonds make a convenient, healthy snack. Natural almonds are even lower in absorbed calories than roasted almonds since they’re harder and more difficult to break down.

For other ways to incorporate more of this healthy nut into your diet, try these recipes:

In the kitchen with Kelley: Slow cooker honey-glazed nuts with cinnamon

In the Kitchen with Kelley: Wild rice, almond and mushroom stuffing

In the kitchen with Kelley: Raw Apple Crisp

Is a calorie always a calorie? Not when it comes to almonds, U of T researchers find – University of Toronto News

Almond Bioaccessibility in a Randomized Crossover Trial: Is a Calorie a Calorie? – Mayo Clinic Proceedings

Almonds: When is a Calorie Not a Calorie? – PR Newswire