Home » The vitamin that stands up to age-related muscle loss 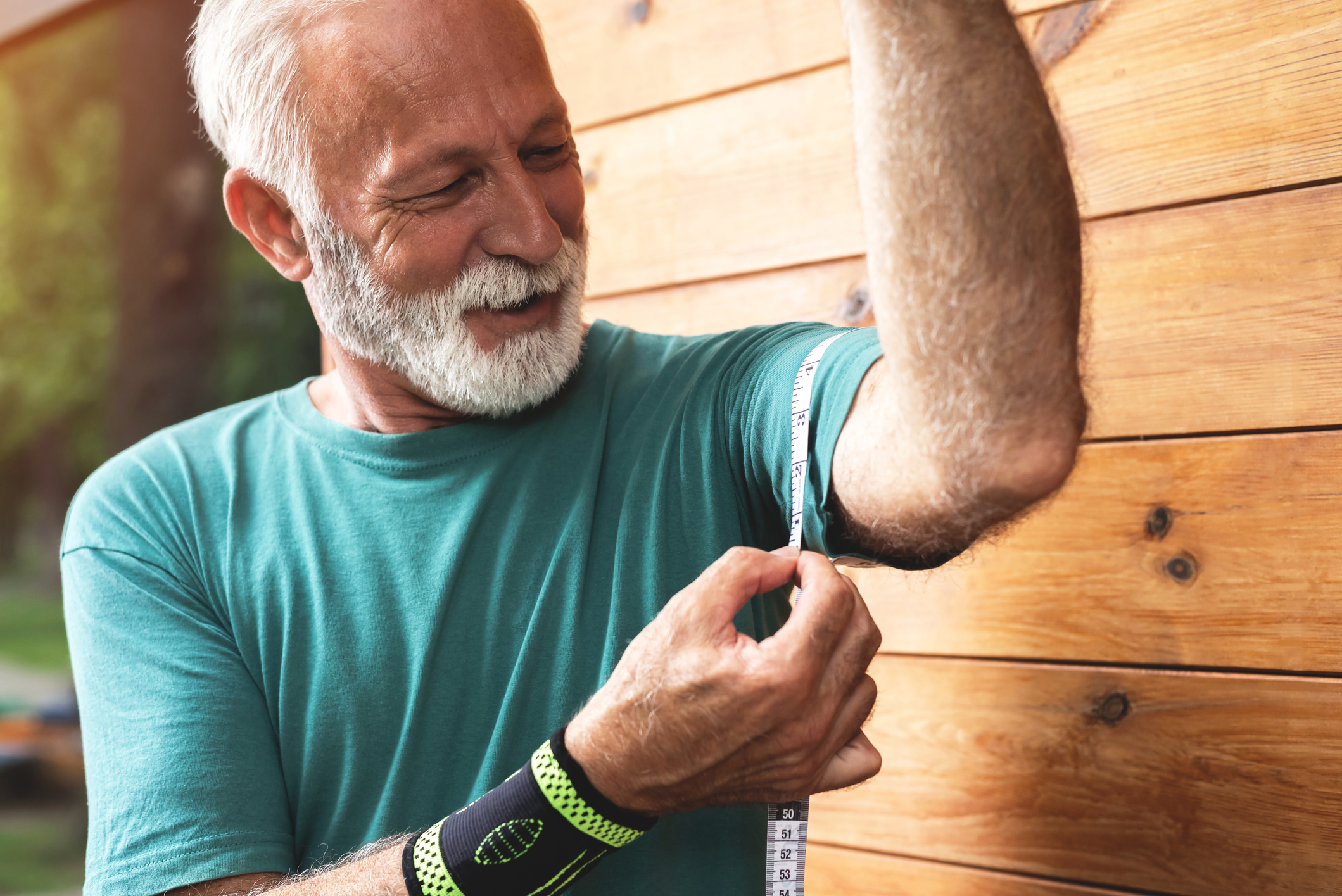 As we age, things happen to our bodies that are often chalked up to the natural progression of aging — like “age-related” muscle loss, also known as sarcopenia.

Sarcopenia can lead to physical disability and poor quality of life.

But sarcopenia is more than just getting weaker. It’s also associated with a higher risk of Alzheimer’s and dementia.

That’s because when muscle loss occurs, it can also cause the brain’s cortex to thin and shrink. This area of the brain is essential for memory, cognition and thoughts.

Fortunately, there’s a lot we can do to slow the progression of sarcopenia and retain our strength and cognitive abilities.

Strength training can help you maintain muscle mass and strength.

And now, there’s more evidence than ever that one vitamin, in particular, can help our muscles stay strong, healthy and functional with age…

In a study just published in the Journal of Endocrinology, scientists have found a way to reduce the risk of age-related muscle loss in older adults.

For this study, British and Australian researchers used mice to see whether a vitamin D deficiency would impair the function of mitochondria in skeletal muscle cells.

Mitochondria are the “energy factories” of our cells. They process the energy we take in from the food we eat and make it available for our bodies to use.

The researchers theorized that mitochondria need vitamin D in order to function optimally.

For three months, the mice were either fed a diet with normal amounts of vitamin D or with no vitamin D at all.

After three months, the mice with a vitamin D deficiency had about a 40 percent decline in mitochondrial function in their muscles, possibly impacting their ability to convert energy from food and limiting muscle performance and recovery, according to the researchers

“Our results show there is a clear link between vitamin D deficiency and oxidative capacity in skeletal muscle,” said study co-author Andrew Philp, who heads diabetes and metabolism research at the Garvan Institute of Medical Research in Darlinghurst, Australia.

“They suggest that vitamin D deficiency decreases mitochondrial function, as opposed to reducing the number of mitochondria in skeletal muscle.”

The National Institutes of Health estimates that up to 60 percent of adults in the United States may be deficient in vitamin D.

Not only does this increase chances that many of us could suffer from age-related muscle loss and cognitive decline, it potentially puts us at greater risk for a plethora of chronic diseases.

During the pandemic, scientists have been urging us to increase our intake of Vitamin D to at least 2000 IU per day. Taking 4000 IU a day is even better and perfectly safe. To correct a deficiency, 5000 IU and higher has been used without adverse reactions.

So, how can you be sure you’re getting enough Vitamin D in your diet?

You’d be wise to include one or more of the following foods in your daily diet:

If you follow a vegan diet, you’ll probably want to take a D supplement, as there are few plant sources that are rich in this vitamin.