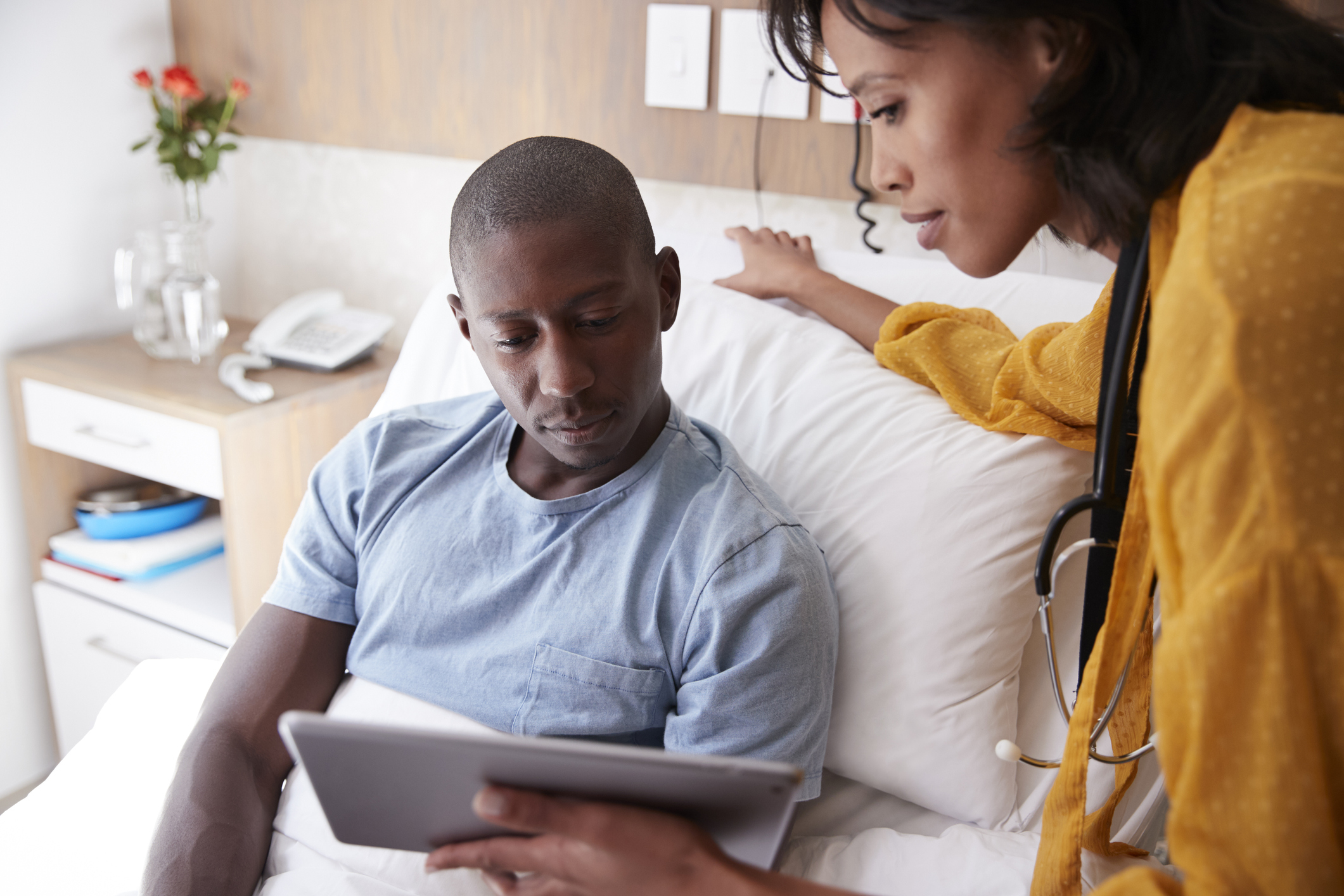 That has changed in recent years. Many were shocked when colon cancer claimed the life of 43-year-old Black Panther actor Chadwick Boseman after a four-year battle. His death highlights the fact that the rate of colon cancer in people under the age of 50 is on the rise even as it declines in older age groups. The American Cancer Society projects that in 2020, 12 percent of colorectal cancer cases will be diagnosed in individuals younger than age 50 — the equivalent of 49 new cases per day.

Out of all cancers, colorectal cancer is third in terms of both diagnosis and death in men and women in the United States. Increased screening by colonoscopy has helped drive down colorectal cancer rates in people 50 and older by identifying and removing precancerous polyps. But most health care plans don’t recommend colonoscopy screening until age 50, leaving younger people in the dark as to their status often until it’s too late.

It’s still not completely clear why the rate of colon cancer is increasing in those under 50 — but it is clear that the age for screening needs to be lowered. But until that happens, it’s important to be aware of factors that put you in a high-risk group…

Researchers have identified several risk factors connected with colorectal cancer, including a family history of the disease or of having precancerous polyps. About 5 percent of people who get colorectal cancer have inherited gene mutations associated with cancer development. And individuals with inflammatory bowel diseases such as Crohn’s disease or ulcerative colitis are at higher risk of developing colorectal cancer.

This is due in large part to the number of black Americans living in poverty. Poverty affects access to health care and nutritious food. The lack of both can lead to numerous diseases, including cancer, regardless of age.

Access to colon cancer screenings is important, as is watching out for symptoms such as abdominal pain, blood in the stool, constipation, diarrhea, decreased appetite and unexplained weight loss. But there are also ways to modify your lifestyle that can help lower your risk of getting colon cancer.

Studies have linked obesity with increased risk of several cancers, including colon cancer. In fact, one study demonstrated that carrying excess body fat at the age of 30 or younger could be linked with higher colon cancer risk later in life.

To battle the bulge, make sure your daily routine includes a healthy diet and some form of moderate exercise. Avoid processed foods, red meat and sugary drinks and be sure to eat plenty of vegetables, fruits and whole grains. And be sure you’re getting enough vitamin D — a low blood level of vitamin D has been connected with increased colon cancer risk.

Maintaining a healthy diet and weight also helps to prevent type 2 diabetes, another condition that can raise the risk of colorectal cancer.

Don’t smoke or drink too much

You should give up cigarettes and cut back on your alcohol consumption if you want to lower your colon cancer risk. Smoking is most often associated with lung cancer, but it can also increase your chances of getting colon cancer, as well as other cancers.

Since colorectal cancer has been linked to moderate to heavy alcohol use, try to keep your alcohol intake to no more than two drinks a day for men and one drink a day for women. Even light drinking carries some risk, so it’s best to not drink at all. By eliminating alcohol from your diet, you not only reduce your risk of colon cancer, you lower your chances of developing stomach and liver cancers, as well as liver disease.

Income and Poverty in the United States: 2018 — U.S. Census Bureau

Adiposity and cancer at major anatomical sites: umbrella review of the literature — BMJ