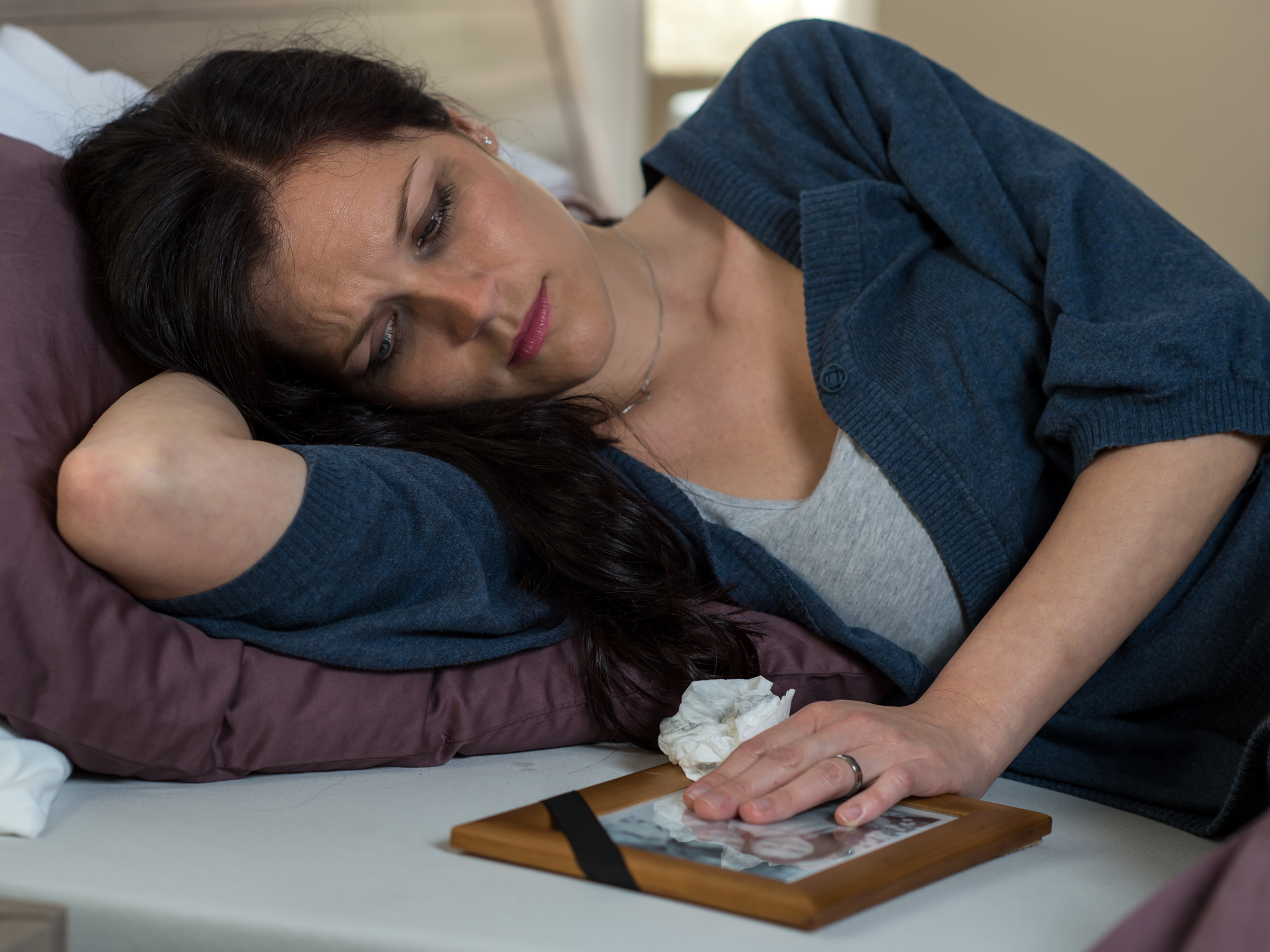 There are two things about losing Carrie Fisher, and her mother, Debbie Reynolds that stand out…

We all loved them. For a generation of people around the globe, Carrie Fisher will forever be immortalized as Princess Leia. She helped young women realize they can be both powerful and beautiful. And Debbie Reynold’s leading lady debut in Singing In The Rain was the beginning of a stellar career and a personal life of ups and down from which she picked herself up time and time again.

But the other reason is this…

We may never know the details but it’s believed that Carrie Fisher suffered a heart attack — a  cause of death that we still tend to label as male… And her mother suffered a stroke, most likely, as a result of broken heart syndrome, just a day after her daughter’s death.

Dying of a broken heart

Many factors can raise your risk of heart disease: family history of heart problems, obesity and diabetes. And researchers believe that if you lose a loved one, the grief you feel can also put your cardiovascular system at risk.

Debbie Reynolds suffered a stroke. But similar to the way a clot can block blood flow to the heart, a stroke is a brain attack where a blood vessel feeding the brain gets clogged or bursts, typically.

Scientists at Beth Israel Deaconess Medical Center found that while grief has always been associated with depression, anxiety and anger, losing someone close also appears to increase heart rate and blood pressure. People experiencing a loss also seem to have changes in their blood that would make it easier to clot, another indicator that they may be at risk of a heart attack or stroke.

“Some people would say a ‘broken heart’ related to the grief response is what leads to these physiologic changes,” said senior author Murray Mittleman, M.D. “So that emotional sense of the broken heart may actually [cause] damage leading to a heart attack and a physical broken heart of a sort.”

According to Jennifer H. Haythe, MD, assistant professor of medicine in the division of cardiology at the Center for Advanced Cardiac Care at Columbia University Medical Center and co-director of the Women’s Center for Cardiovascular Health, when someone experiences broken heart syndrome, it looks very much like a heart attack…

“But it’s actually not a heart attack because when they do a catheterization [a procedure in which a hollow tube is inserted into a large blood vessel that leads to the heart], there are no blockages of any of the arteries in the heart.”

Dr. Haythe believes that “it probably has something to do with the surge in catecholamines [hormones produced by the adrenal glands as part of the fight-or-flight response] in the stress reaction that people experience, and there’s some interaction between how those catecholamines are released and damage to the heart.”

Of all heart conditions, women are more likely than men to suffer from broken heart syndrome. But like Carrie, you don’t have to be broken-hearted to fall victim to a heart attack…

The number one killer of women

And it’s the number one killer of women… something we have a hard time grasping considering the focus on breast cancer. But in actuality, heart disease kills more women than all forms of cancer combined.

For women, heart problems pose an especially perplexing threat. Not only are the symptoms of heart attack different for women, but the medical community is finding that the mechanisms leading up to a catastrophic event are as well.

The problem is that certain kinds of conditions harming women’s hearts are undetectable with the standard cardiovascular testing in which doctors examine the coronary artery for obstructions.

When angiography tests fail to detect blocked microvessels, doctors are more likely to misdiagnose women’s symptoms or miss them altogether — until it’s too late.

The take away here is this: No one knows your body like you do. If you feel something is not quite right, keep at your doctor or switch doctors. Do not be dismissed.

Just because menopause is a natural passage, it’s not to be taken lightly. You don’t know how much of a health guardian estrogen is until you go through menopause.

In addition to hot flashes and the risk for osteoporosis, losing estrogen has a nasty effect on the lining of the arteries that can lead to high blood pressure. This contributes to stiffer arteries and problems with what is called the baroreflex — the system of nerves that tell the arteries to widen and keep blood pressure under control.

Those kinds of changes mean that the endothelium — the tissue that encloses blood vessels — doesn’t play the role it should in keeping blood pressure down. The frightening result: an increase in your chances of suffering a heart attack and stroke after menopause.

This risk is just one way menopause sets women up for heart problems. Excess weight and diabetes (often faced during menopausal years) are two more that compound the heart issue.

But giving up a sedentary lifestyle, the third most potent heart attack risk factor women face, may be the most effective way to tackle all of these threats… and more.

According to Research in Brazil, regular exercise can keep your heart and blood vessels functioning properly and steer you away from high blood pressure. It’s an incredible cure-all that seems to work to reverse almost any disease or symptom of aging… and may help you avoid a heart attack altogether.

The research revealed simple exercise, like walking, improves artery health and cardiovascular function while lowering blood pressure after menopause. And they also demonstrated that it helps keep muscle tissue bigger and stronger, keeps weight down and helps reduce body fat.

Exercise also reduces stress — and that impacts a woman’s chances of survival after heart attack. There is a sex-based difference in recovery after acute myocardial infarction. Researchers at Yale School of medicine believe it is related to the greater amount of stressful life events reported by women than men.

Though the thought of losing a loved one causes unfathomable stress, and there are myriad reasons for a heart attack, regular exercise may be the key to surviving even a broken heart.