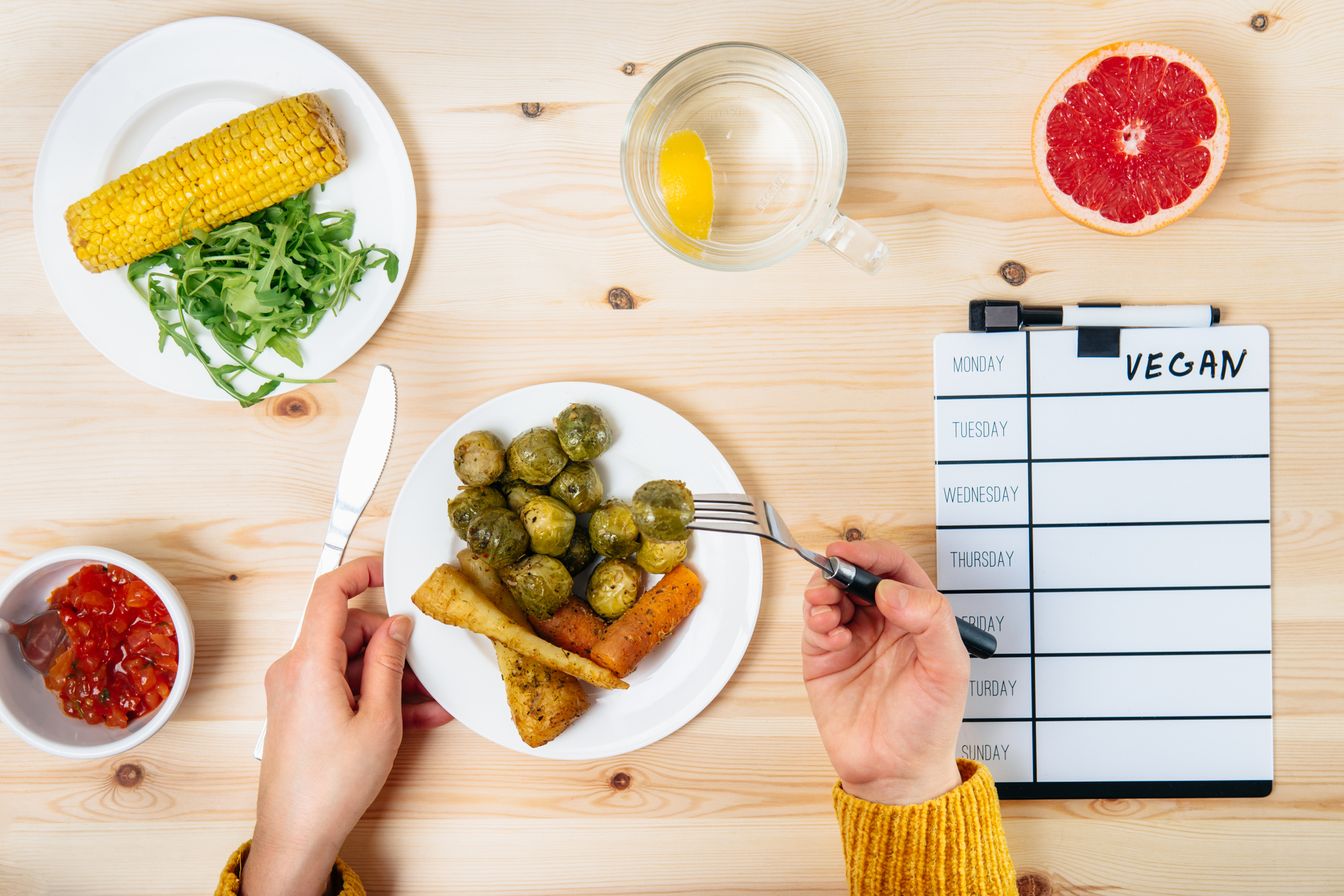 A vegan diet is all the rage right now with everyone from celebrities to scientists touting its benefits, not only for our health but for the planet as well. But while past research has found going vegan could help you lose more weight, improve insulin sensitivity to ward off type 2 diabetes, and even protect against certain cancers, the news isn’t all roses…

In fact, according to research by a team at the German Federal Institute for Risk Assessment, if you decide to go vegan and aren’t careful, vegan diet deficiencies can lead to weak bones.

But before we get to the research, let’s take a quick look at what the vegan diet is to get a better idea of the factors behind its benefits, and its risks.

So while vegetarians often still eat dairy and eggs, a vegan diet is even stricter, eliminating all animal products and byproducts to go completely plant-based.

This means giving up dairy and eggs, in addition to all meat sources of protein.

Lacking in nutrients for bone health

The problem, according to the new study published in the journal Nutrients, is that while the vegan diet could be considered health conscious in many ways, it lacks the quantities of key nutrients necessary for good skeletal health.

This means that it could lead to weaker bones.

In fact, the researchers discovered that when they viewed ultrasounds taken of the heel bones of 36 vegans, their bones were unhealthier and less dense than those of non-vegans.

To top it off, blood work showed that compared to non-vegans, those who stuck to a vegan diet were lower in three important bone health nutrients including:

“People are turning to a vegan diet not only due to compassion for animals and awareness of environmental problems but also for health benefits. Indeed, scientific evidence suggests that a vegan or vegetarian diet may protect against many chronic diseases, for example, diabetes and cardiovascular diseases or cancer,” said the study’s principal authors. “However, a vegan diet was found to be associated with lower bone mineral density, which is associated with higher fracture risk, compared to omnivores.”

So if you’ve gone vegan to grab its health benefits, it’s important to remember that while it could ward off some diseases, it could also leave your bones weak and at risk of fractures.

Supplement with bone-healthy nutrients including lysine, vitamin A and B6, or add in plant-based sources to get your nutrient fix. This means eating more soy, green leafy veggies, chickpeas and fruits like bananas, plantains, golden raisins, avocadoes and dates.

You don’t have to sacrifice your bone health for the all-over health the vegan diet can deliver. Being aware of these vegan diet deficiencies can keep you on track.

Is a vegetarian or vegan diet for you? — Harvard Medical School

Lysine: The Essential Amino Acid That Builds Collagen And So Much More — SaveInstitute

Vitamin A and your bones — Harvard Medical School