Home » Are you taking one of these medications that increase fall risk? 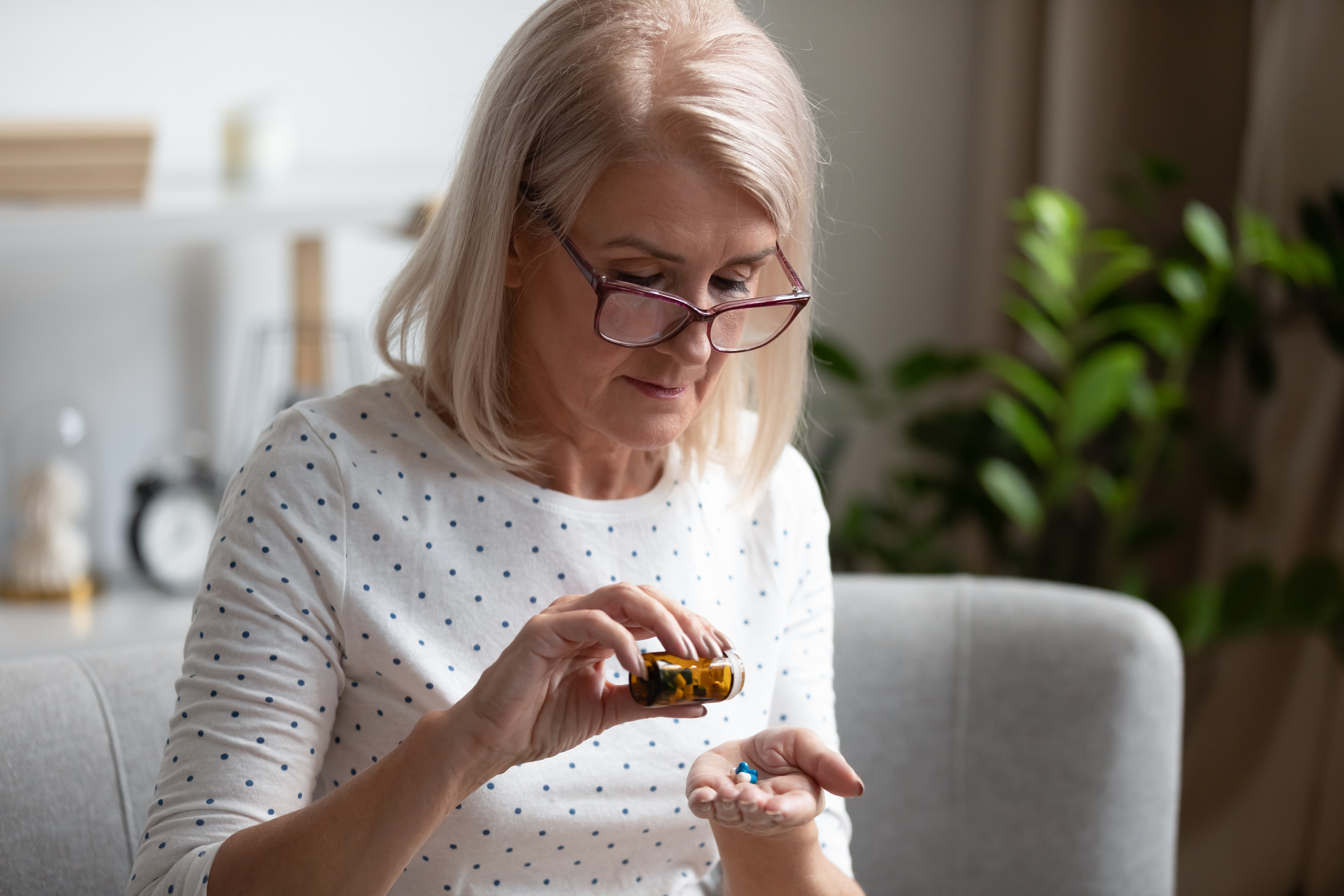 Chances are, if you’re 65 years of age or older, you’re currently taking at least one prescription drug that could cause a dangerous fall, a hip fracture, head trauma and worse.

women between the ages of 65-69 who break a hip are five times more likely to die — within a year — than women of the same age who don’t break a hip, according to published research.

According to a brand new study, the percentage of seniors for whom doctors prescribed a medication associated with increased fall risk has climbed to a whopping 94 percent.

That’s up from 57 percent just two decades ago.

And the University at Buffalo research revealed that the rate of death caused by falls in the age group more than doubled in the same time period.

I don’t think so.

We all know that falling can be a dangerous business. After all, who hasn’t slipped in their bathtub, took a tumble on their front porch, or missed their footing going down stairs?

But let’s face it, with age doesn’t just come wisdom but also more dangers from falls, since even minor accidents can cause major issues as we get older.

That slip in your bathtub you could have simply walked away from (after toweling off) in your 20s may result in a hip fracture and painful surgery in your 70s. That tumble on your porch that would have been jarring but not worrisome in your 30s could mean a serious concussion and a stay in a rehab facility in your 80s.

This increased likelihood of negative outcomes after fall is why according to the CDC, each and every year, nearly $50 billion is spent on medical costs related to fall injuries among older adults.

And that research out of the University of Buffalo found that just from 1999-2017, more than 7.8 billion fall-risk-increasing drug orders were filled by older adults in the United States.

It’s such a long list with so many common drugs, that it’s easy to see why you could end up taking a prescription that ups your risk without even realizing it.

While the majority of the prescriptions filled during the study were for blood pressure drugs, the researchers also noted a sharp rise in antidepressant use, from 12 million prescriptions in 1999 to more than 52 million by 2017.

And that was before the pandemic that has skyrocketed rates of depression and anxiety – especially in women.

Your medications and your health

These statistics make it vital to talk to your doctor and weigh the benefits versus the fall risks of the medications you’re taking.

This allows you to set up a plan to safely “deprescribe” drugs that increase your chance of falling, but provide little benefit to your overall condition. It also allows you to take the lowest amount of medicating necessary for your health and welling.

And if your doctors wants to prescribe a new drug, be sure to ask about the risks associated with it to avoid falls that can land you in the hospital or worse.

How medications can affect your balance – Harvard Medical School