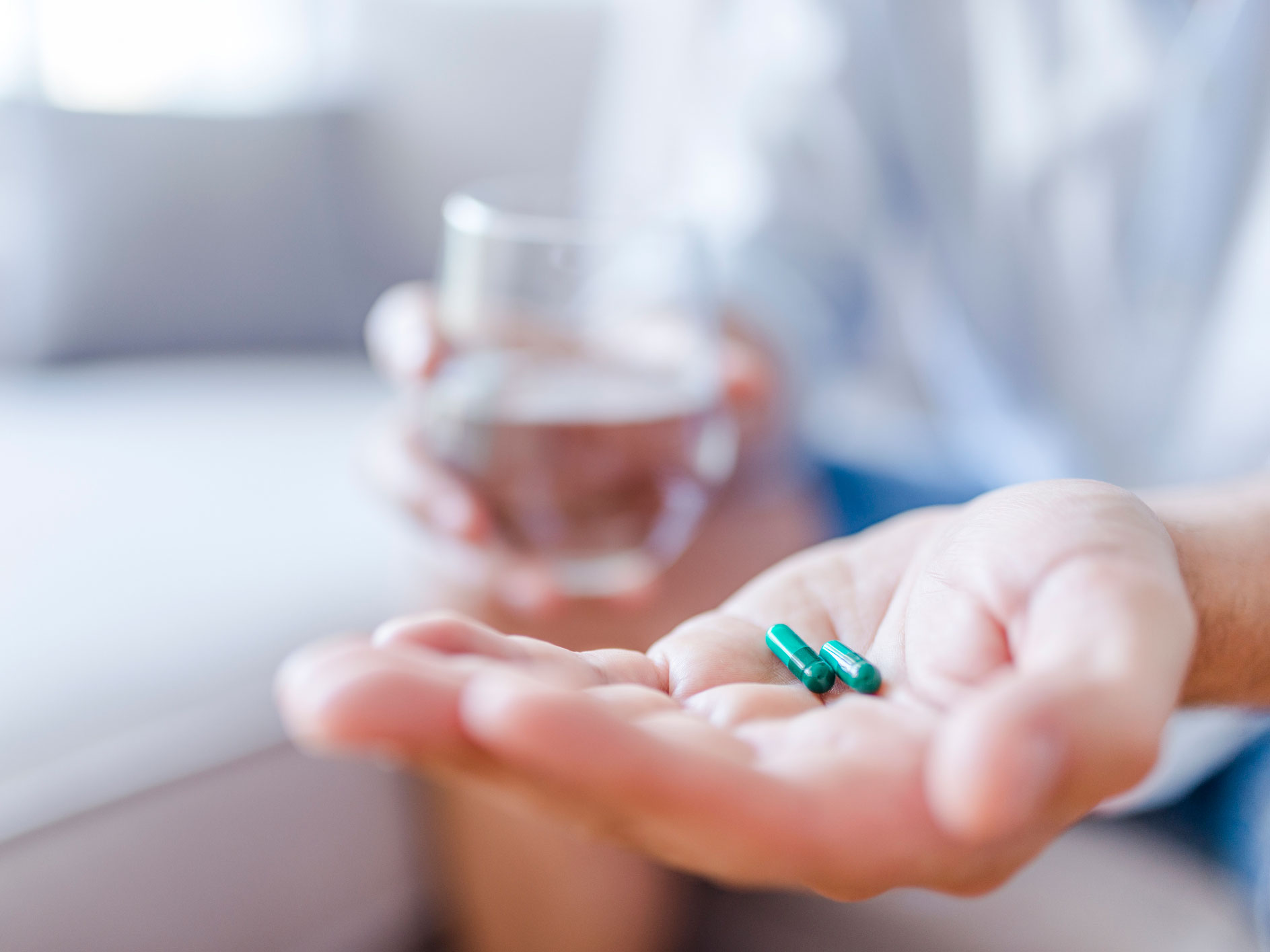 These are typically the first choice to control inflammation and pain from injury and much more.

These NSAIDs seem harmless enough, or why else would the FDA allow them to be available over the counter, right?

Well, there are a few safety concerns, including newer warnings about NSAIDs you should know about…

#1 NSAIDs 16th leading cause of death from GI bleed

Non-steroidal anti-inflammatory drugs (NSAIDs) rank first among commonly prescribed drugs for serious adverse reactions.  In fact, NSAIDs such as Ibuprofen (but not Acetaminophen), were the 16th leading cause of death in America just a few years ago, claiming more than 100,000 hospitalizations and 16,000 deaths from intestinal bleeding caused by NSAIDs.

That’s a problem for a doctor like me, who works in a busy urgent care where Ibuprofen is recommended all day long. Although I always recommend it be taken with food and for only 3 days to control the initial inflammation of the injury, still I wonder if I have hurt anyone with my recommendation. I’ll tell you why.

According to studies, from the first day of use NSAIDs increase the risk of gastrointestinal bleeding. That’s only partly due to the systemic bleeding tendency they produce, by impairing platelet aggregation. While aspirin’s effect persists for the circulating lifetime of the platelet (8 days on average), NSAIDs’ effect persists depending on the dose of the NSAID (i.e. circulating time of the drug).  Fortunately, the Ibuprofen serum half-life is approximately 2 hours. Therefore, it is rapidly metabolized and then is eliminated via the kidneys, with excretion virtually completed by 24 hours after the last dose.

The are several other mechanisms by which NSAIDs cause stomach bleeding. They can damage your gastroduodenal mucosa (lining) by a topical irritant effect on the epithelium. They also impair important barrier properties of the mucosal lining cells (parietal cells) through suppression of gastric prostaglandins, reduce gastric mucosal blood flow, and interfere with the repair of the superficial injury there.

Whereas the older NSAIDs (i.e. Ibuprofen) are 4-fold more likely to cause GI bleeds, the newer COX-2 inhibitor (i.e. Celebrex) NSAIDs are only 3-fold more likely to cause GI bleeds, but more likely than older NSAIDs to cause heart attacks or strokes.  And, taking prednisone (a corticosteroid) along with an NSAID increases your bleeding risk 12-fold. Taking NSAIDs with selective serotonin reuptake inhibitors (SSRIs) such as Zoloft, Prozac or Lexapro, your risk increases 7-fold.

These risks of bleeding with NSAIDs are enhanced by the use of alcohol, tobacco, other anticoagulants or bleeding problems, advanced age, or liver disease.

NSAIDs including the newer COX-II inhibitors (i.e. Celebrex), diclofenac, and even higher-dose ibuprofen, significantly affect the cardiovascular, renal, and respiratory systems. These NSAIDs apparently have a thrombogenic effect (despite platelet impairment) and cause an excess risk of 7–9 non-fatal and 2 fatal cardiovascular events per 1000 patients per year.

They also increase systolic blood pressure by approximately 5 mmHg, increase your fluid retention, and double your risk of hospitalization due to heart failure.

The risk of heart attack and stroke with NSAIDs was first described in 2005. It was placed in the “Boxed Warning and Warnings and Precautions” on prescription drug labels. Since 2014, the prescription NSAID labels have been revised to be more specific about this, and state that:

If you are over age 65 years, NSAID use more than doubles your risk of acute kidney injury in the first 30 days of use.

In fact, according to the National Kidney Foundation, as many as 3 percent to 5 percent of new cases of chronic kidney failure each year may be caused by the overuse of these painkillers. Once kidney disease occurs, continued use of the problem drug makes it worse.

Apparently, from 8 to 20% of adult asthmatics get bronchospasm following ingestion of an NSAID or aspirin, called “aspirin-induced asthma, and it is potentially fatal. It begins with taking an NSAID and experiencing a rapid onset of malaise, sneezing, stuffy nose, runny nose, and a productive cough. Asthma and NSAID/aspirin sensitivity may appear in the following months, causing bronchospasm, runny nose, hives/angioedema or even respiratory arrest within half to 3 hours after a dose of an NSAID.

Topical NSAIDs are much safer

One good option, to begin with, is to use a topical NSAID for pains that are close to the skin, such as the fingers, hands, elbows, feet or toes.

In a recently published peer-reviewed report, researchers assessed the safety of topical non-steroidal anti-inflammatory drugs (NSAIDs) used to control osteoarthritis (OA) pain. This meta-analysis of randomized, placebo-controlled trials found that topical NSAIDs were only slightly more likely to cause adverse events (e.g. gastrointestinal side effects) compared to placebo. The big question is will it be effective for pain/inflammation control?

If in doubt always consult with your doctor about the use of over the counter pain relievers.