Home » 4 times you should pay attention to your breathing 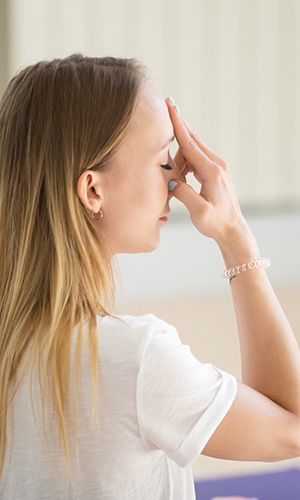 1. During occasional episodes of stress

For example, before taking an exam, competing in a sporting event or even attending a routine meeting at work.

In 2017 Ashwin Kamath of Manipal University in India and his colleagues studied stage fright before a public speaking engagement. The participants, all medical students, spent 15 minutes doing alternate nostril breathing — that is, slowly inhaling through one nostril and exhaling through the other by applying finger pressure to the side of the nose not being used. Compared with members of the control group, participants experienced somewhat less stress when speaking publicly.