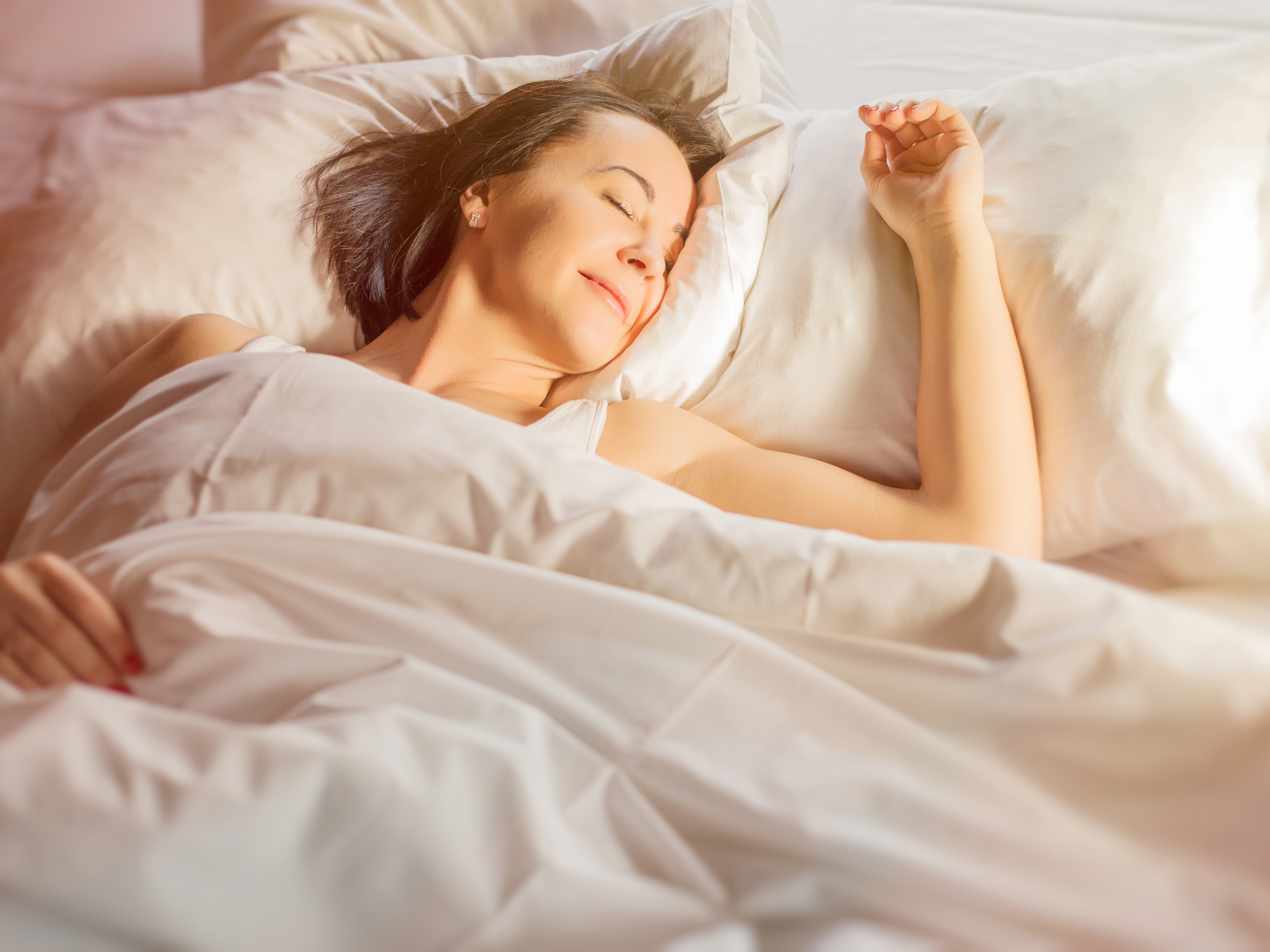 Melatonin is best known as a natural sleep remedy. Many people supplement with this hormone when they’ve been experiencing restless sleep, or trouble falling asleep. It smooths things out, and helps the brain and body settle for the night.

But research has now shown us that we should be taking melatonin supplements even if we’re sleeping well.

Because, if you start taking it soon enough, you may just be able to fend off Alzheimer’s disease…

How melatonin helps us sleep

Melatonin is a hormone that is produced by the pineal gland located in the brain, just behind our eyes. Melatonin levels rise and fall throughout the day, reaching a high in the evening and falling in the morning.

This daily rhythm regulates our 24-hour circadian cycle of light and dark, allowing us to fall asleep, stay asleep, and have enough REM (deep) sleep. Melatonin production is triggered by darkness and suppressed by light, which is why sleeping in a completely dark room is so crucial.

In 1992, melatonin became available as a nutritional supplement. Many people now use it as a sleep aid, although it’s not a sedative. Instead, it helps regulate the body’s sleep-wake cycles and makes it easier to stick to a regular sleep pattern.

As we age, our production of melatonin decreases and sleep may become more problematic. Melatonin supplements can be a safe alternative to prescription sleeping pills.

And there’s a bonus: research tells us that keeping your melatonin levels high could save you from more than just a night of counting sheep…

We now know that melatonin deficiency is one of the earliest warning signs of Alzheimer’s disease.

This is not to say, of course, that every older adult who lacks melatonin develops Alzheimer’s. But sleep disorders like “sundowning” occur in about 45 percent of Alzheimer’s sufferers.

“Sundowning” is a term used to describe a disturbance in circadian rhythm where, instead of winding down at the end of the day, a person becomes more active and agitated toward evening.

Research has shown that melatonin supplements can slow and even reverse these changes if they are started soon enough, preferably at the first sign of a sleep disturbance.

There are four mechanisms by which melatonin guards against Alzheimer’s disease:

Mild cognitive impairment (MCI) is a condition that precedes actual dementia. About 12 percent of people with MCI go on to develop dementia each year.

People who took between three and 24 mg of fast-acting melatonin supplements daily for 15 to 60 months performed significantly better on a range of cognitive assessment scales and tests of memory.

If you are in your 40s and beyond, it’s not too early to start supplementing with melatonin to protect yourself from Alzheimer’s.

The best time to take it is in the evening about an hour before bedtime.

Like most other healthful compounds, melatonin boosters can be found in abundance in food. The list of foods that contain melatonin or help your body produce more melatonin may be short, but they are all readily available and can be used in many healthy and flavorful recipes.

Foods that boost melatonin include: