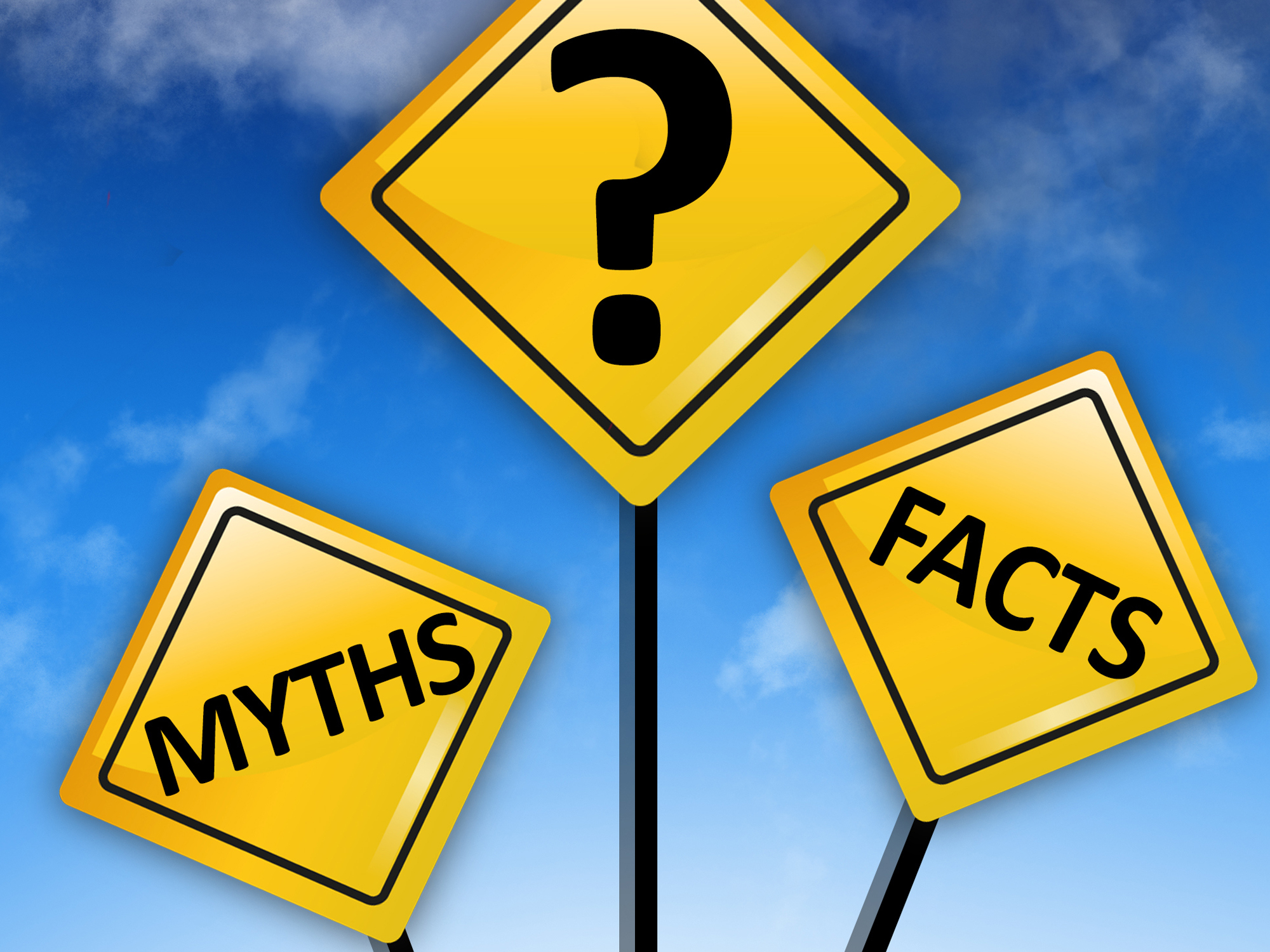 There are numerous aging myths roaming the world right now and many of them are even “backed” by mainstream science. However, these are false beliefs and no matter how supposedly “reputable” a source is… a myth is still a myth.

Let’s break some of the most popular wrong-headed ideas down so that you can remove them from your way of thinking once and for all.

Believing a myth is counter-productive to slowing the signs of aging, improving your health (now and well into your future), and living the best life you can.

Aging Myth #1: Aging is an unchangeable aspect of your genes.

This was once believed by most of the known medical and scientific world. Now we know that epigenetics (the study of changes in organisms caused by modification of gene expression rather than alteration of the genetic code itself), we can switch our genes on and off like a light switch. You can read more about epigenetics here.

Your genetic behavior is not set in stone so just because a bunch of people in your family passed away before the age of 60 doesn’t mean that your outcome will be the same. Even mainstream scientists now recognize the ability to strengthen and improve health at the genetic level.

Aging Myth #2: The thinner you are, the slower you will age.

This was a long-held belief but researchers around the world now realize it is completely false. Being thin or underweight will not mean that you are the healthiest or that you will live longer than those who are average or above average weights.

Surprisingly, those who are slightly overweight (not obese) do best. A Denmark study that lasted for 40 years and involved 100,000 participants discovered that individuals with a BMI (body mass index) between 24-27 percent had longer lifespans. Those who were obese (over 30 percent BMI) or normal (BMI between 18-24 percent) had the shortest lifespans.

Recently, you may have heard the use of “skinny fat” (the technical term is metabolically obese normal weight) describe people who are physically “normal” weight but medically unhealthy. It is critical that you avoid obesity, which is a primary biomarker for most major diseases and conditions. However, a few extra pounds now turns out to be a good thing.

Aging Myth #3: Once you use up your body’s telomeres, your body begins to fail.

Telomeres are little caps on the tips of your chromosomes. The University of Utah describes these fascinating structures as follows, “Telomeres protect our genetic data, make it possible for cells to divide, and hold some secrets to how we age. They keep chromosome ends from fraying and sticking to each other, which would destroy or scramble an organism’s genetic information. Each time a cell divides, the telomeres get shorter. When they get too short, the cell can no longer divide; it becomes inactive or it dies. This shortening process is associated with aging, cancer, and a higher risk of death.”

What most people overlook is the fact that you can regrow telomeres. I go into great detail about telomeres — and how to protect and lengthen them — in my work. I’ll put a link at the bottom if you’re interested in reading more.

Aging Myth #4: Exercise is good and the more exercise you get, the better.

Work hard in the gym or do long, sweaty jogs and you’ll live a long and healthy life. Surprisingly, this isn’t true. While it’s true that living an inactive, sedentary lifestyle is bad for your health and overall mortality — there is such a thing as too much exercise.

Overdoing it can trigger excessive oxidative damage that increases systemic inflammation. Now, you should already know the long-term effects chronic inflammation has on the delicate tissues and organs inside you. It’s one of the most deadly conditions your body can endure and definitely speeds up the signs of aging. Even mainstream media and the medical community is beginning to report about the risks of too much exercise! Exercise, as with most things, should be done regularly but in moderation to slow the signs of aging!

Aging Myth #5: Getting your cholesterol as low as possible will help you live longer.

This is probably one of the most incorrect (and outright dangerous) medical myths out there. This old chestnut has killed more people than just about anything except flu and malaria. Make no mistake about it… your body needs cholesterol! It is used for most hormones, like testosterone, estrogen, and cortisol. It’s also a sort of “wiring insulation” in your brain.

Real science (not science paid for by pharmaceutical companies that have made their fortunes pushing cholesterol lowering medication) makes it clear that people with the lowest cholesterol levels die younger than the rest of us. To blame raised cholesterol for heart damage is like saying the oil warning light caused the damage to a neglected car engine.

Aging Myth #6: You can’t do anything about aging.

There are many things you can do to hold back the signs and symptoms of aging. One of the biggest steps you must take is how you view the process of getting older. That’s right — your attitude matters. Multiple researchers have determined that having a positive or negative outlook about aging can literally impact how you age (inside and out) and how quickly it happens.

It isn’t always easy to have a sunny disposition but making the genuine effort does a lot more good than you might think! It’s really about perception. For many people, they truly don’t know themselves until they are 60 and beyond. That’s when you understand who you are and find a sort of comfort with yourself. This is when your wisdom begins to blossom as well.

No Matter Your Age, Today is a Fresh Start!

Make sure your later years hold as much good health and genuine happiness as possible. Change your attitude about getting older and find effective (but insanely simple) ways to improve your quality of life and overall health.

Living longer shouldn’t be a hardship. It shouldn’t be riddled with sadness and disease — not after all you’ve done to get to this very moment in your life.

Ditch the aging myths and read my book, How to Get Healthy for Your Next 100 Years, so you can get on with the laughter, love, and good health you deserve!