Home » Alzheimer’s to stroke: What playing an instrument does for your brain 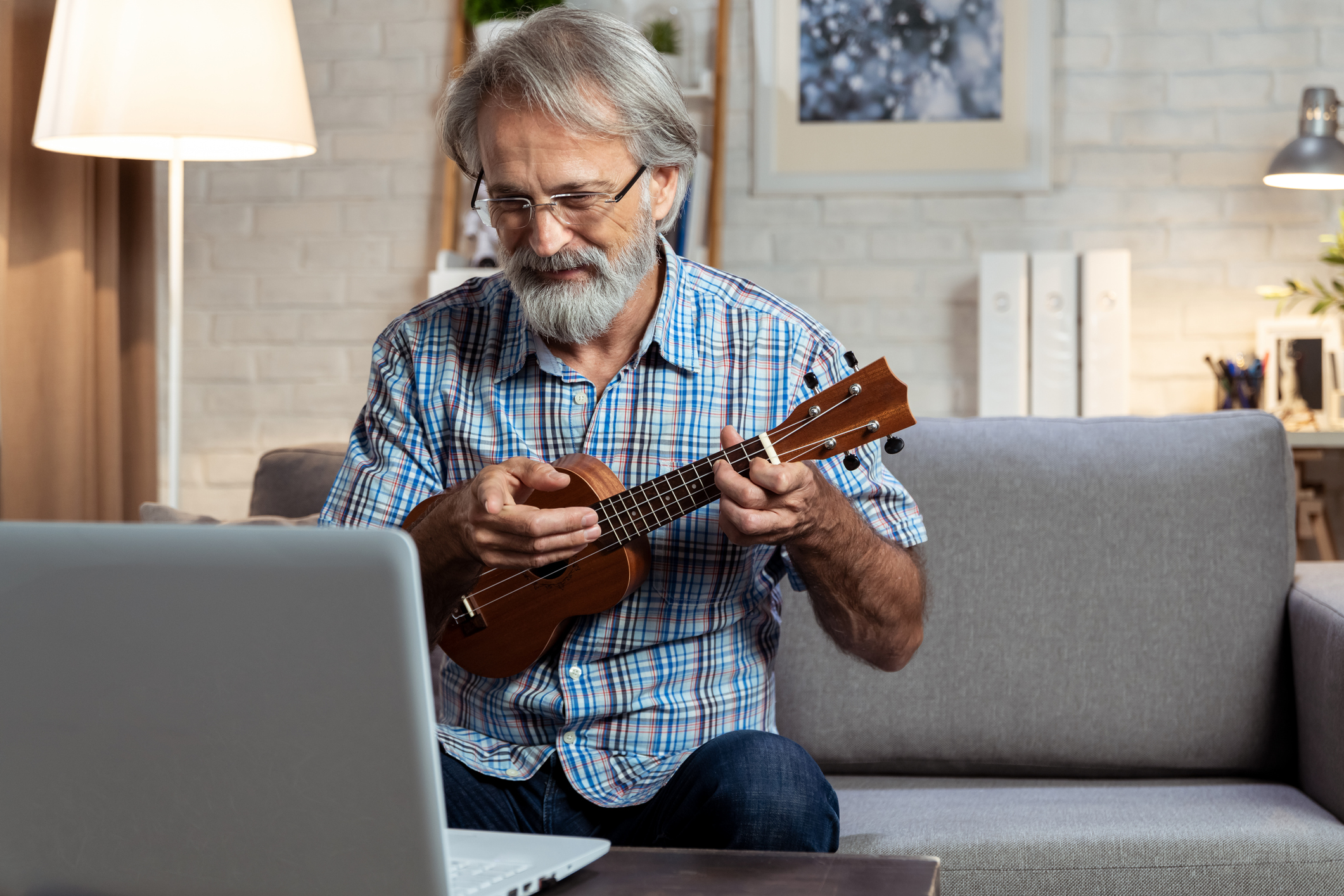 We all know that listening to the right music can have a significant effect on mood.

I’m a big believer in this, as witnessed by the massive collection of classical, vocal, pop and jazz tunes loaded onto my phone. Depending on my mood or needs at any given moment, I can listen to the right tune to help me feel calmer, happier, more focused or primed for sleep.

But playing music also improves your life in multiple ways. In fact, learning to play a musical instrument is well worth the effort — especially for your brain — even if you don’t start learning until you’re an older adult…

How playing music benefits the brain

Your brain likes being challenged, and mastering a musical instrument requires your brain to engage a wide range of cognitive processes, including the sensory and motor systems.

Studies show that learning an instrument actually increases blood flow to the left hemisphere of the brain, where language is processed.

Dr. Bernard Bendok, chair of the Department of Neurosurgery at the Mayo Clinic in Arizona, says, “We know that the more languages you know, the less your risk of dementia. And music happens to be a language.”

Research also shows that adults who have had musical training as children respond more quickly to speech as they age than those who never played an instrument.

But what if you never had piano lessons as a child? Is it too late to reap the brain benefits of learning and playing an instrument?

A few years ago, a research group in Spain set out to answer just that question.

Older adults can still benefit from learning an instrument

The Spanish researchers conducted an analysis of multiple scientific studies to assess the cognitive functioning of adults ages 59 and older who had engaged in musical practice throughout their lives.

They also conducted a separate analysis of studies where participants had only begun musical training as older adults, age 60 to 85.

Lifelong musical training was associated with cognitive benefits in the areas of attention, reasoning, and speed of information processing.

Similar benefits were seen in those who started playing music as adults, but the benefits weren’t long-lasting.

This means that playing music should be a daily habit if you want it to help protect your brain from cognitive decline.

Other benefits of playing music

The moral of the story is, if you’re over 65 and have thought about learning a musical instrument for the first time, go for it!

Not only will it strengthen your brain, but it will enhance your life and health in other important ways.

Playing music helps the brain recover from injury. After just three weeks of training on a drum set or piano, patients recovering from stroke showed significant improvement in motor control during everyday activities.

Playing music can increase our connection to others. It’s been proven that playing in a group and being required to coordinate your movements with those of other people is linked to the release of endorphins, which also help alleviate anxiety and depression.