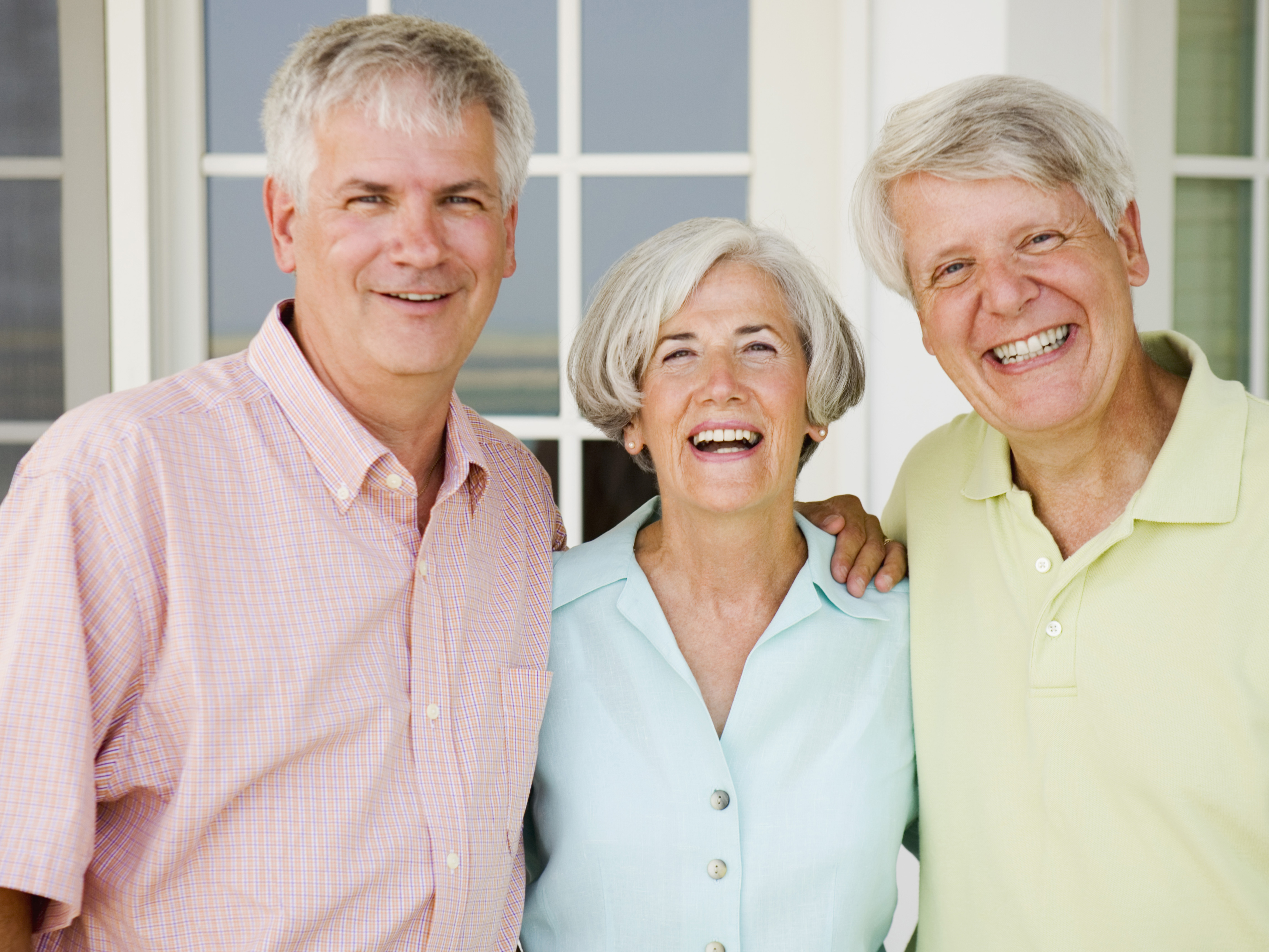 Anti-aging medicine is evolving quickly. But simply living longer isn’t enough anymore — we want vibrant, productive lives unmarked by cancer, heart disease, dementia, osteoarthritis, etc. Researchers are still learning how diet, lifestyle, environment and other elements play key roles in the aging process, and new data is helping to shed light into this ancient search for the fountain of youth.

We do know that aging is a complex process influenced by pathways such as inflammatory responses, mitochondrial function (our cells’ “engines”) and genetic expression. One exciting area of research is the fast-growing field of epigenetics, which shows that our genes can behave differently depending on external factors such as diet, exercise, stress levels, environment and many other influences. This means we have much more control over our genetic destiny than previously thought.

About 20 years ago, researchers started to notice that turning certain genes on or off in C. elegans worms could make this tiny roundworm live longer. More importantly, the worms lived healthier. C. elegans is one model organism for humans because we share many of the same genes; however, activating or deactivating those youth-enhancing genes in humans is obviously not as simple.

One approach to activating “youth” genes may be caloric restriction. Researchers have found that reducing the number of calories an animal eats can help it live longer and healthier. However, a problem with caloric restriction in humans is that it’s hard to do. But breakthrough research may have found some alternatives. One of the genes associated with longer life in worms and other organisms is SIR2, which also relates to mitochondrial efficiency – a direct measure of the aging process. Humans don’t have SIR2, but rather a close cousin called SIRT-1.

Breakthrough studies show that resveratrol — a potent antioxidant derived from sources like red grapes and wine — can interact with SIRT-1 to delay aging, at least in animals.

There’s an entire alphabet soup of genes and related proteins that can modulate aging: mTOR, p53, AMPK. Researchers are just beginning to understand how these genes function and how we can influence their expression to delay aging and prevent chronic diseases like cancer, dementia and more.

At the end of each chromosome, short DNA sequences called telomeres help protect our genetic material. However, with each cell division telomeres get shorter, reducing their ability to preserve our chromosomes. In time, telomeres fail, chromosomes degrade and cells can no longer divide, leading to cell death.

Telomeres provide interesting insights into aging. If we can preserve them, we could extend longevity and improve health. An enzyme called telomerase rebuilds telomeres, so there’s a lot of interest in compounds that naturally activate telomerase.

Would that work? There are arguments on both sides and the verdict is still out. Some people are concerned that too much telomerase might boost cancer, as malignant cells may use the enzyme to grow uncontrollably. Some researchers are investigating telomerase inhibitors to fight cancer.

Regular meditation practice has been linked to longer telomeres, as well as eating nutrient-dense, unprocessed foods. On the other hand, chronic stress, toxins and even eating preserved meats have all been associated with shorter telomeres.

There is also evidence that curcumin, resveratrol and other botanical compounds may preserve telomeres. One interesting argument suggests that compounds like curcumin, resveratrol and others are so beneficial because they help fight cancer while at the same time promoting telomere length in healthy cells, among other important effects. Indeed, science continues to uncover the numerous mechanisms of action that power some of our most precious natural health agents.

One of the most important proteins in the body, p53 guards the cell reproductive cycle. Every day, cells divide and that means DNA and its 3 billion bases divide as well. This is an amazing feat of bioengineering because DNA must replicate perfectly. Errors are mutations, which can lead to disease.

This is where p53 comes in. In concert with other proteins, p53 looks for errors and stops cells from dividing to correct them. If the errors can’t be fixed, p53 helps the damaged cell  self-destruct.

One theory is that, in response to shortened telomeres, aging cells produce more p53, which in turn puts more oxidative stress on mitochondria, our tiny cellular engines. If mitochondria are running sluggishly, aging accelerates. So another strategy to deal with stressed telomeres and aging in general, is to actively support mitochondria.

There are a number of natural ways to boost mitochondrial function and help combat aging. Mitochondria can become damaged due to free radical oxidation, toxic body burden, lack of nourishment, sedentary lifestyle and other problems. The supplement CoQ10 (coenzyme Q 10), helps mitochondria make ATP, the fuel that powers most cellular functions. CoQ10 is also a powerful antioxidant that helps control oxidative stress.

PQQ (pyrroloquinoline) is a micronutrient that also performs a number of useful functions. Similar to CoQ10, it can help mitochondria produce ATP, but it also increases the number of mitochondria, another important benefit. PQQ is available as a supplement, and found in foods like Natto, parsley, green tea and many others.

By now it’s well known that chronic inflammation accelerates aging, much in the same way that repeated friction creates heat and wears down materials. Environmental toxins, poor diets, inactivity and lack of sleep can all contribute to inflammation which in turn damages DNA, impairs mitochondrial function and wreaks havoc on other areas of health. Virtually every disease associated with age has a chronic inflammatory component: Cardiovascular disease, cancer, dementia, diabetes, arthritis.

But there is a switch that can turn inflammation on and off: A protein called HMGB1.

When we are injured, HMGB1 and other proteins send inflammatory cytokines to the area needing attention. This creates acute inflammation, which recedes as we heal.

Researchers are finding that controlling HMGB1 can help us fight chronic inflammation. From a dietary standpoint, there are two excellent foods that have been shown to control HMGB1: Mung beans and green tea.

Another protein in the body that should concern us is galectin-3. Known for its pro-inflammatory, pro-fibrosis effects, excess circulating galectin-3 has been linked to metastatic cancer, heart disease, kidney disease, arthritis, gastrointestinal diseases and a variety of other conditions related to chronic inflammation and uncontrolled scar-tissue build up (fibrosis). Galectin-3 blood tests are now used to screen for cardiovascular disease and other degenerative conditions.

Fortunately, there’s a way of dealing with galectin-3: Modified citrus pectin (MCP). Made from the pith in citrus peels, MCP binds to galectin-3, helping reduce chronic inflammation and fibrosis, as well as cancer metastasis.

By taking measures to reduce inflammation, support mitochondrial health and promote healthy genetic expression, we’re directly supporting the health of our cells. Optimal cellular health is the basis for long term vitality and healthy aging, and there are a number of habits we can adopt to secure this foundation.

My first suggestion is detoxification, starting with diet. Steer away from processed foods, trans fats, sugar, alcohol, caffeine. Emphasize high quality protein, sprouted whole grains, nuts and legumes, healthy fats and fresh fruits and vegetables. Cruciferous vegetables, such as broccoli, cauliflower and kale, should be high on the list. In addition to supporting detoxification, these vegetables contain a compound called DIM (diindolylmethane), which helps support healthy hormone balance, another anti-aging key for both men and women.

I also recommend supplementing with MCP, which in addition to blocking the effects of galectin-3, has been clinically proven to safely remove heavy metals from the body.

Gentle, regular exercise is critical to support mitochondrial health, remove toxins, boost cardiovascular health, reduce inflammation, and provide other critical benefits. Get at least 30 minutes a day – walking is excellent, as well as yoga or Tai Chi, all of which are shown to beneficially influence gene expression.  I also recommend a stress management program such as regular meditation. Anxiety generates stress hormones, which in turn cause inflammation and oxidative stress, fueling unfavorable genetic expression and mitochondrial damage.

“Aging” can be a very general term regarding the condition of our physical, mental and emotional systems. And as we know, everything is connected. From digestion, to circulation, to immunity, hormone balance, metabolism and much more, the health of one organ system depends on the function of others. So lifestyle habits and strategies that promote balanced wellness can also help slow the aging processes, and for decades, we’ve known that a nutritious diet, exercise, and stress relief foster a longer, healthier life. But now that we understand more about our complex cellular and genetic functions and how they relate to aging, we know more about how to optimize these factors for greater longevity and vitality. Specific foods, nutrients, and lifestyle practices can help address not only genetic and mitochondrial health, but overall wellness and longevity, delivering greater vitality into our golden years and beyond.