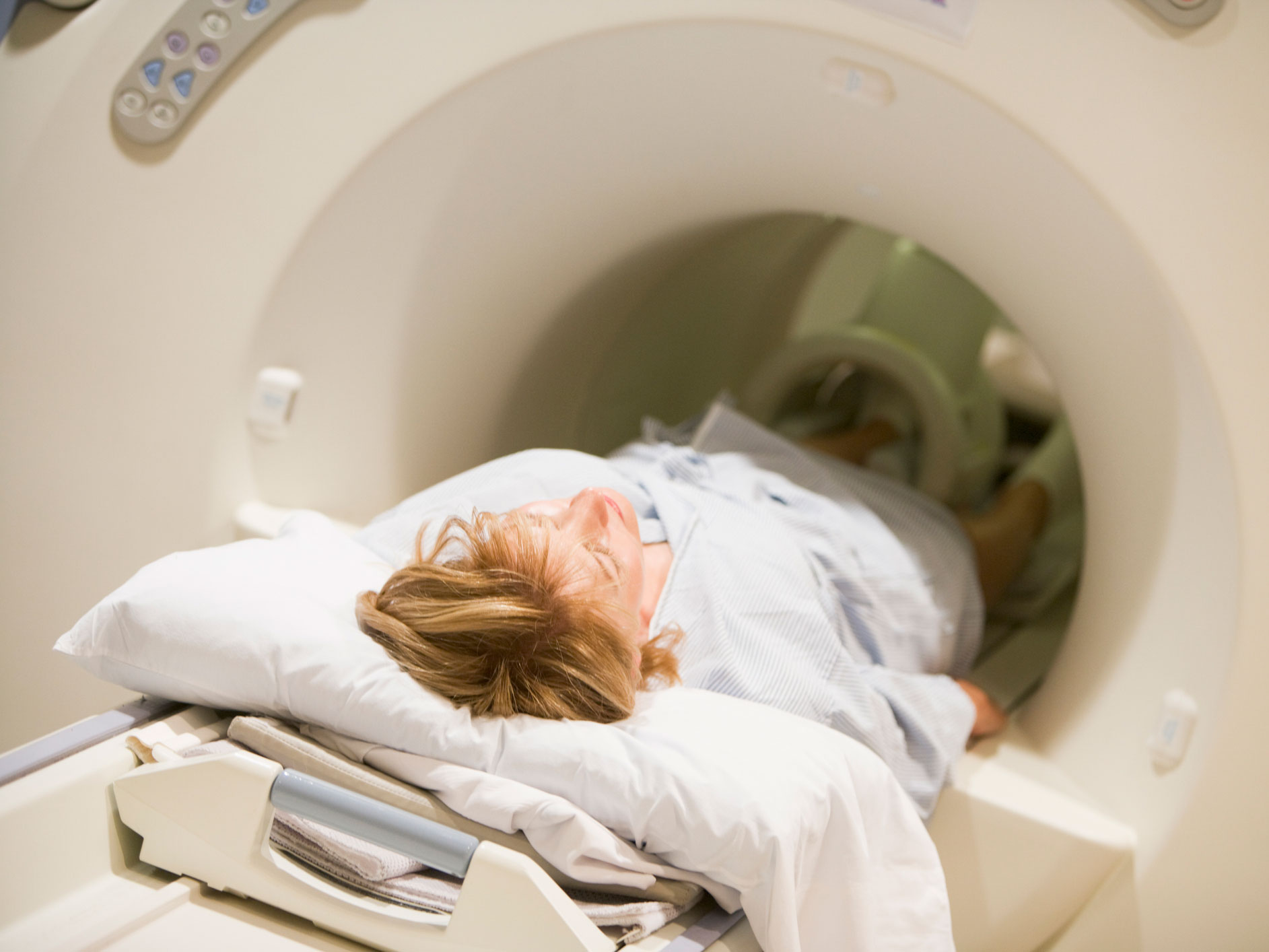 Yesterday I had to have a CT scan. I’ve been having stomach trouble for a few months so the doctor decided to check the health of my intestines by having me drink a contrast agent and then using the CT to watch its progress through my digestive system.

In addition to the contrast agent I received, the CT also gave me a dose of radiation.

Now, that may not seem like a big deal. However, due to a number of illnesses and injuries in the past two years, I’ve had a total of four CT scans and two x-rays.

And, even though the levels of low dose radiation received during CTs and x-rays is generally considered safe, that might not be the case…

The study, performed at the Wellcome Sanger Institute and the University of Cambridge, took a look at how low-dose radiation, equivalent to three CT scans, might give cancer-capable cells a competitive advantage over normal cells in healthy tissue.

You see, researchers have previously shown that our normal tissues, like our skin, are battlefields where mutant cells compete for space against healthy cells. That’s because we all have cancer-capable mutant cells that increase in number as we age.

And, although very few eventually go on to form cancer, the Sanger and Cambridge scientists theorized that exposure to radiation could tip this balance in favor of the mutant cells.

The team gave mice a 50 milligray dose of radiation, equivalent to three or four CT scans. They saw the number of cells with mutations in the p53 gene, a well-known genetic change associated with cancer, increase substantially.

According to Dr. David Fernandez-Antoran, first author from the Wellcome Sanger Institute, “Our bodies are the set of ‘Game of Clones’ – a continuous battle for space between normal and mutant cells. We show that even low doses of radiation, similar to three CT scans’ worth, can weigh the odds in favor of cancer-capable mutant cells.”

And, while this is all clearly bad news for all of us who have had multiple medical imaging procedures, there was also a bright light at the end of the tunnel…

The scientists found that giving the mice an antioxidant before radiation promoted the growth of healthy cells, which outcompeted and replaced those p53 mutant cells.

The antioxidant is known as N-Acetyl Cysteine (NAC). And, basically, you can take it prior to your next imaging to help protect your healthy cells from mutant takeover.

However, the scientists do warn that without exposure to radiation the antioxidant did not help normal cells battle the mutant clones. In other words, don’t count on long term use of NAC to help you ward off cancer.

This group of scientists only have proof it works if you take it right before exposure to radiation (though previous research has indicated NAC helps starve cancer cells and keep it from spreading in humans).

As Dr. Kasumi Murai, an author from the Wellcome Sanger Institute, put it, “Giving mice an antioxidant before exposing them to low doses of radiation gave healthy cells the extra boost needed to fight against the mutant cells in the esophagus and make them disappear. However, we don’t know the effect this therapy would have in other tissues – it could help cancer-capable cells elsewhere become stronger. What we do know is that long term use of antioxidants alone is not effective in preventing cancer in people, according to other studies.”

So, know your risks when it comes to radiation from medical procedures and prepare appropriately using NAC. Be sure to question your doctor about diagnostics that expose you to any amount of radiation to be sure they’re absolutely necessary.

Most people may not undergo 3 or 4 CT scans in a year’s time. But consider the tests you receive on a yearly basis that contribute, such as bone density, mammography and maybe a common X-ray for back pain, in case there’s a reason you may also be facing other tests that could expose you to higher doses of radiation.

To get some idea of radiation exposure based on procedure, here’s a list from the Harvard Health Publishing…


Editor’s note: Who doesn’t know someone fighting cancer? It’s everywhere! But there’s no reason to just hope it doesn’t happen to you. Potent cancer fighters exist in nature. And you can have them all at your fingertips! The best natural ways to avoid and beat cancer, including minerals, herbs, supplements, foods and proven therapies allowed in other countries — but denied to you by American mainstream medicine — can all be found in our comprehensive guide, Surviving Cancer! For a preview, click here!