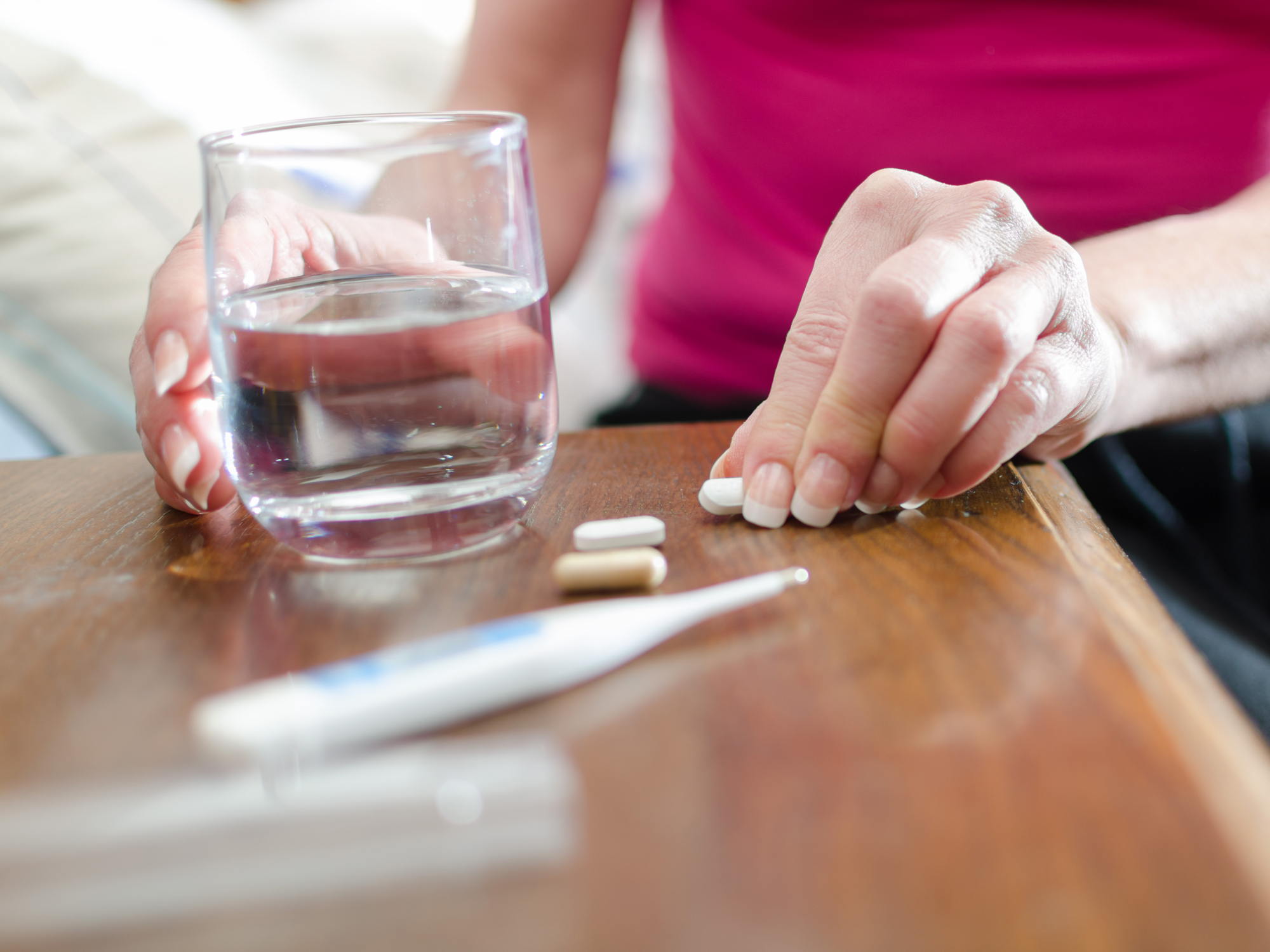 For years, people have used it to fight everyday respiratory infections like colds and flu, because it’s a proven champion of respiratory health.

Some swear by its ability to ease the coughing, wheezing and phlegm that make you so miserable when you’re sick. And at least one study shows that taking 600 mg of NAC twice per day reduces the likelihood of getting the flu by more than 50 percent.

So N-Acetyl cysteine is worth having in your medicine chest for its respiratory benefits alone. But new research shows it has another surprising but super helpful skill that makes it a must-have in your household — it starves cancer cells.

A recent clinical trial published in the journal Seminars in Oncology shows that NAC stops a group of cells (known as tumor stroma) that contribute to the spread of cancer.

Based on the results of this study, researchers believe NAC stops these cancer-spreading cells by halting the production of MCT4, a protein that feeds cancer cells. MCT4 feeds cancer cells by bringing them lactate from nearby cells, which gives them energy.

Previous research in cell cultures showed that NAC got rid of this cancer-feeding protein almost completely. But now researchers confirmed that it works in living, breathing people with cancer too.

They gave NAC to 12 people with breast cancer awaiting surgery, and they found that it slashed the amount of MCT4 in their tumors by 80 percent. Without that protein, these patients’ cancer cells would have a hard time feeding off nearby cells, which means they aren’t as likely to spread.

“High levels of stromal MCT4 are extremely worrying, as they are linked to aggressive cancer behavior and poor overall survival, so this is a very encouraging result,” said study researcher Professor Michael Lisanti. “To be able to inhibit MCT4 protein expression, in a non-toxic way, is huge step forward.”

But why can N-Acetyl cysteine fight everything from colds to cancer?

Well, when you pop an NAC pill, your body uses it to make an amino acid called cysteine, which your body eventually converts into a powerful antioxidant called glutathione. Glutathione is known as the “mother of all antioxidants.” And as you know, antioxidants protect your cells and DNA from free radical damage. Scientists believe this may be way NAC can help with colds, cancer and many conditions in between.

Even more benefits of NAC

Now, this was a small study, so it’s too soon to say if NAC will work for people with other types of cancer or even other people with breast cancer. But one thing is for sure, NAC has a lot of proven benefits that may inspire you to add it to your supplement collection regardless…

I already told you how NAC can ease short-term and long-term respiratory problems, but that’s only a small piece of the NAC puzzle…

Studies show it can help with acetaminophen poisoning, angina, heart disease, HIV and AIDS. It’s also been around for a long time and has been used by a lot of people, so it’s considered one of the safer supplements you can take. If you take it orally, possible side effects are nausea, vomiting and diarrhea.

So if you want to try N-Acetyl cysteine, you’ll most likely reap some benefits — especially during cold and flu season. And hey… who knows? It might keep cancer in check too. At the very least, it’s exciting to know there’s potentially another non-toxic form of cancer prevention and treatment on the horizon.