Home » Could a big breakfast including cake really be the easiest weight-loss hack? 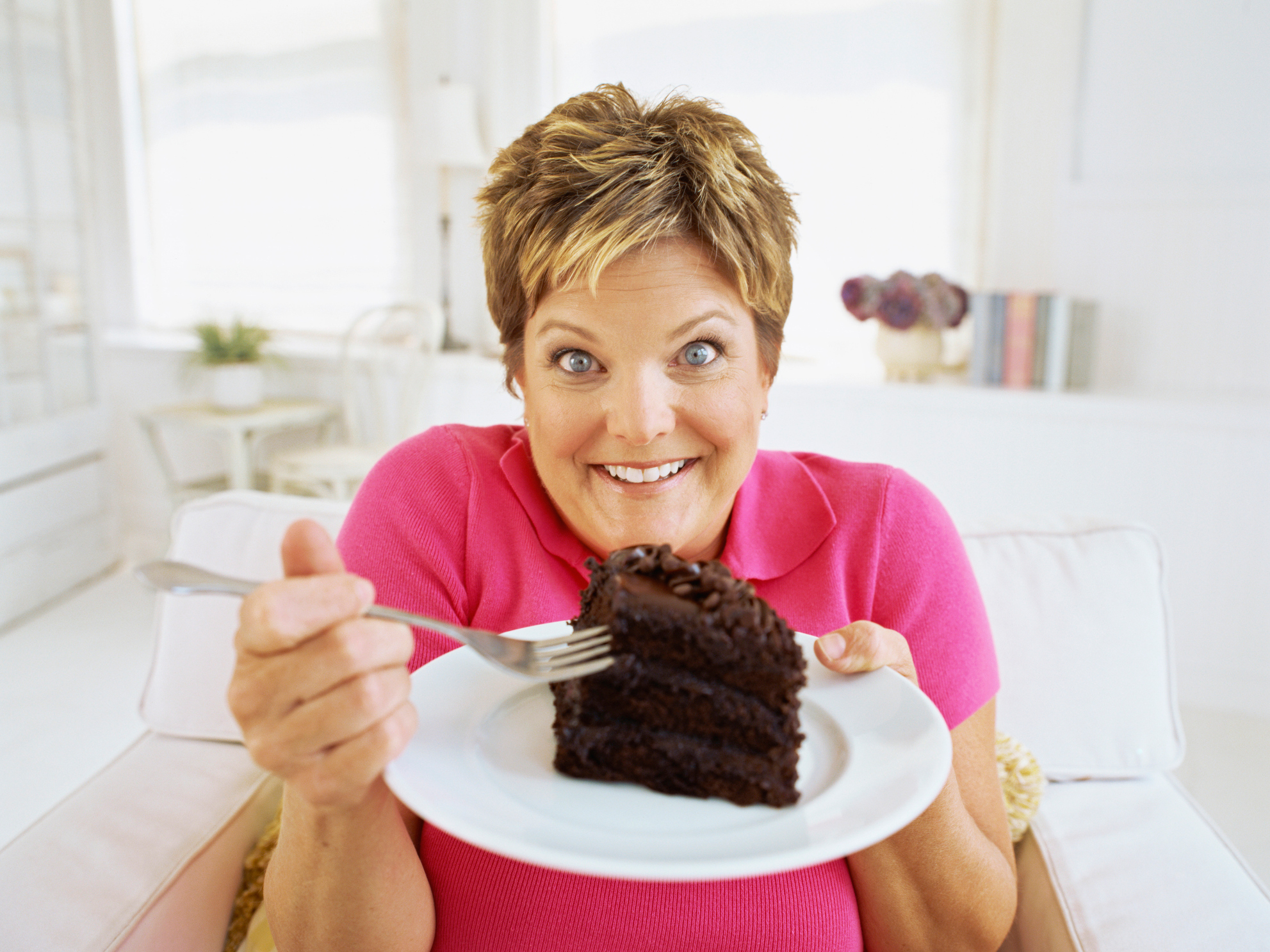 You’ve probably heard it a million times: “Breakfast is the most important meal of the day.”

I know I heard it every weekend as a kid, every time my mother sat me down at the table before letting me run outside to play.

Well, it turns out that this bit of wisdom is absolutely correct, especially if you’re watching your weight.

If you eat steak and eggs for breakfast, your body will burn more of those calories than it would if you ate the same meal for dinner.

Not only that, but eating more in the morning, especially protein and healthy fats, will help regulate your blood sugar levels, even if you are diabetic.

And, get this: chocolate cake to start your day may help you keep off the weight you’ve lost!

Hard to believe? Not ready to break out the cake yet?

Let’s take a look at the research behind these claims.

New research published in the Journal of Clinical Endocrinology and Metabolism shows that eating a big morning meal rather than a large dinner may prevent obesity and high blood sugar.

“Our results show that a meal eaten for breakfast, regardless of the number of calories it contains, creates twice as high diet-induced thermogenesis as the same meal consumed for dinner,” said Dr. Juliane Richter of the University of Lübeck in Germany, the study’s author.

In other words, in the morning, our body expends twice as much energy digesting food and storing and using nutrients, as it does in the evening.

The researchers also found that blood sugar and insulin spikes were less after breakfast than after dinner. And, eating a low-calorie meal in the morning increased the subjects’ appetite for sweets.

Israeli researchers found that, when people with type 2 diabetes ate a breakfast containing protein and fats for a period of 13 weeks, their blood sugar levels dropped, along with their blood pressure.

“The goal of a weight loss diet should be not only weight reduction but also reduction of hunger and cravings, thus preventing weight regain,” said Dr. Daniela Jakubowicz, principal investigator of an Israeli study that puts an interesting twist on dieting.

Nearly 200 non-diabetic obese adults were randomly assigned to eat one of two low-calorie diets. Both diets had the same number of calories but differed mainly in what they ate for breakfast.

One group ate a 304-calorie breakfast with only 10 grams of carbs. The other group ate 600-calorie with 60 grams of carbs, including a small sweet, like a cookie or a piece of chocolate cake

Related: 10 foods that make your brain a decade younger — and you still eat cake

The “dessert with breakfast” diet had 45g of protein, while the other had only 30g.

Halfway through the eight-month study, participants in both groups lost an average of 33 pounds. But in the second four months of the study, the low-carb group regained an average of 22 pounds per person, while those who ate dessert with breakfast went on to lose another 15 pounds each.

And, the “hunger hormone,” ghrelin, dropped by 45.2 percent in the chocolate-for-breakfast group, compared to a drop of only 29.5 percent in the low-carb group.

Getting started with a protein-rich meal

Besides that chocolate cake, you’re going to need some high-protein breakfasts to carry you through the morning with even blood sugar, low appetite and plenty of energy. Here are a few easy recipes that won’t take a bite out of your morning to prepare!

Editor’s note: The key to successful weight loss is your passion to be healthy. But if keto and other pop-up diets are too restrictive for you,  just get back to the basics: Learn how part-time health nuts are doing it by following just 7 basic fundamentals that cover ALL the bases… My favorite is #7: Indulge occasionally! For the rest, click here!