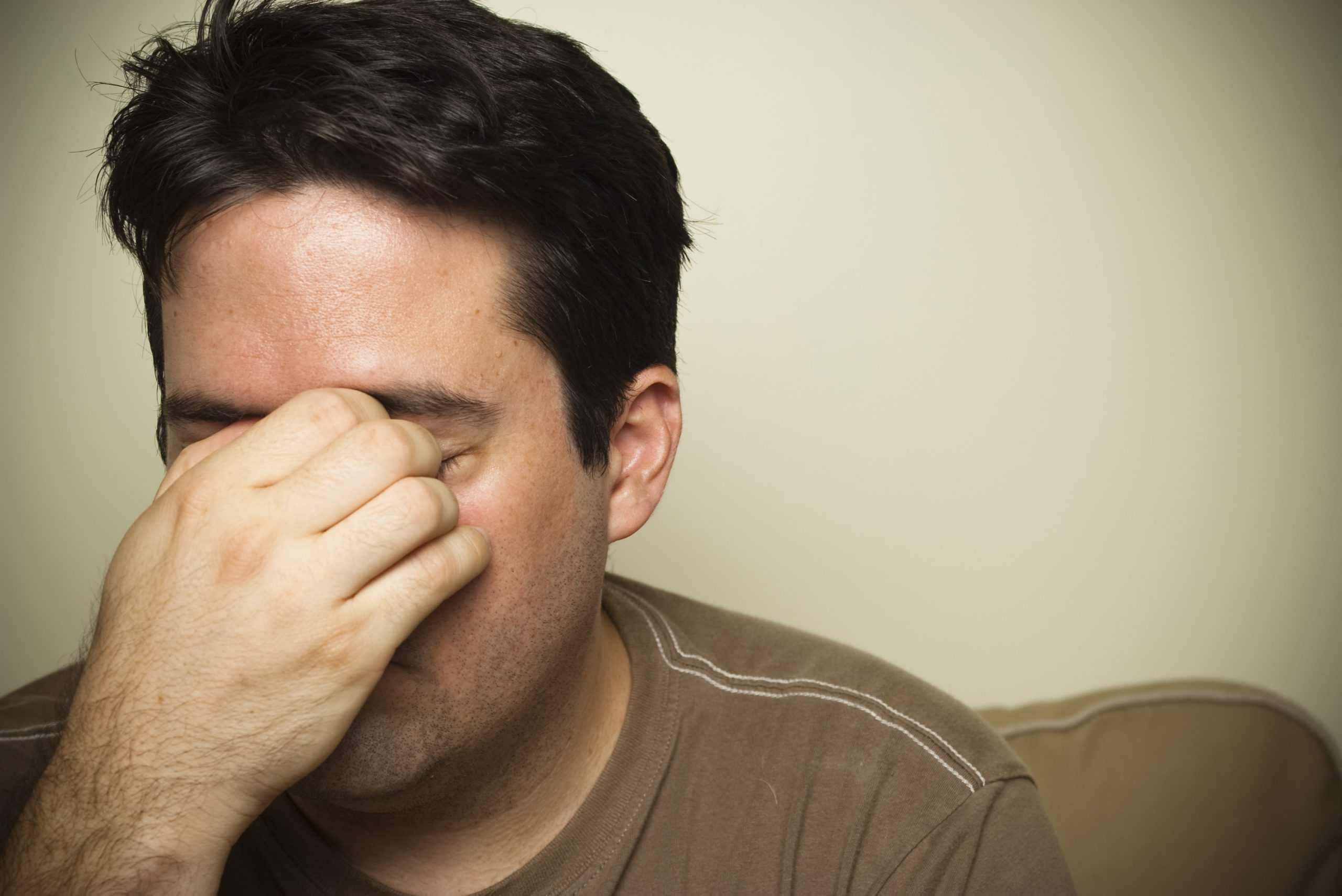 If you’re one of the people who live with chronic rhinosinusitis, also known as sinusitis, i.e., continuous nasal congestion, inflammation and sinus pressure, you’ve probably experienced how it can interrupt your daily life.

And it’s not even the runny nose or sinus pressure that’s the most disruptive. “Brain fog” or the inability to concentrate can make everyday tasks almost impossible for some.

“They can’t be productive, thinking is difficult, sleep is lousy. It broadly impacts their quality of life …”, says Dr. Aria Jafari of the University of Washington.

Dr. Jafari is part of a research team that has found a link between chronic rhinosinusitis and brain activity.

When it feels like your head is stuffed with cotton (I know, I’ve been there!), it’s really hard to think clearly.

But Dr. Jafari and a team of researchers have found a link between chronic rhinosinusitis and brain activity that may open the doors to new and better treatments.

The researchers found 22 subjects living with chronic rhinosinusitis and 22 control subjects with no sinus inflammation. Using MRI scans, they compared blood flow and neuron activity in the brains of these two groups.

In those with sinus inflammation, the MRIs revealed lower functional connectivity in the frontoparietal network (used for attention and problem solving), as well as in the salience network, which manages external stimuli, communication and social behavior.

People with sinusitis also showed higher functional connectivity in the default mode network, which is linked to mind wandering.

“The subjective feelings of attention decline, difficulties to focus or sleep disturbances that a person with sinus inflammation experiences might be associated with subtle changes in how brain regions controlling these functions communicate with one another,” says otolaryngologist Kristina Simonyan from Harvard University.

In other words, it may not be just a head full of mucus that’s making you unable to sleep or concentrate on work. It may be the changes that inflammation brings about in your brain.

This new research doesn’t show that chronic sinus inflammation directly causes changes in brain activity. But Dr. Jafari and his team agree that the association between the two is strong enough to warrant further investigation.

They urge medical professionals to be mindful of the mental health symptoms that go along with this disease which is so much more than a minor inconvenience to so many.

Relief for the inflammation of chronic sinusitis

While research continues into the connection between our sinuses and our brain, there are plenty of things you can do to get relief from the inflammatory symptoms of chronic rhinosinusitis.

We know that decongestants and NSAIDs (non-steroidal anti-inflammatory drugs) can be dangerous for your heart.

Dr. Mark Wiley recommends the use of a neti pot as a natural and less toxic alternative to over-the-counter sinus medications.

It’s also a good idea to include foods and spices that have anti-histamine and anti-inflammatory properties, like:

Ginger: Research from a 2008 study published in International Immunopharmacology suggests that ginger can modulate the immune response to inflammation.

Turmeric: Not only is turmeric a natural anti-inflammatory, but it also has antibacterial properties. In an animal study, the use of turmeric’s active compound curcumin returned the sinus epithelial tissue to normal and reduced cellular inflammation in rats with sinusitis.

Omega-3 fatty acids: Known for dousing inflammation, increasing consumption of these healthy fats can be a big help. Plus, they are already confirmed as being a brain health essential nutrient. You can get omega-3s in fatty fish, fish oil, or the more bioavailable and cleaner option — krill oil.

Black cumin seed oil: Black seed oil, as it’s more commonly known around the globe, was found to be an effective treatment for symptoms of allergic rhinitis. In a study of 66 patients, symptoms including nasal congestion, inflammation, nasal itching, runny nose and sneezing were relieved during the first two weeks of taking it.

Evaluation of the efficacy of curcumin in experimentally induced acute sinusitis in rats — Ear, Nose and Throat Journal