Home » Brisk walking, telomeres and how 60 may be the new 45 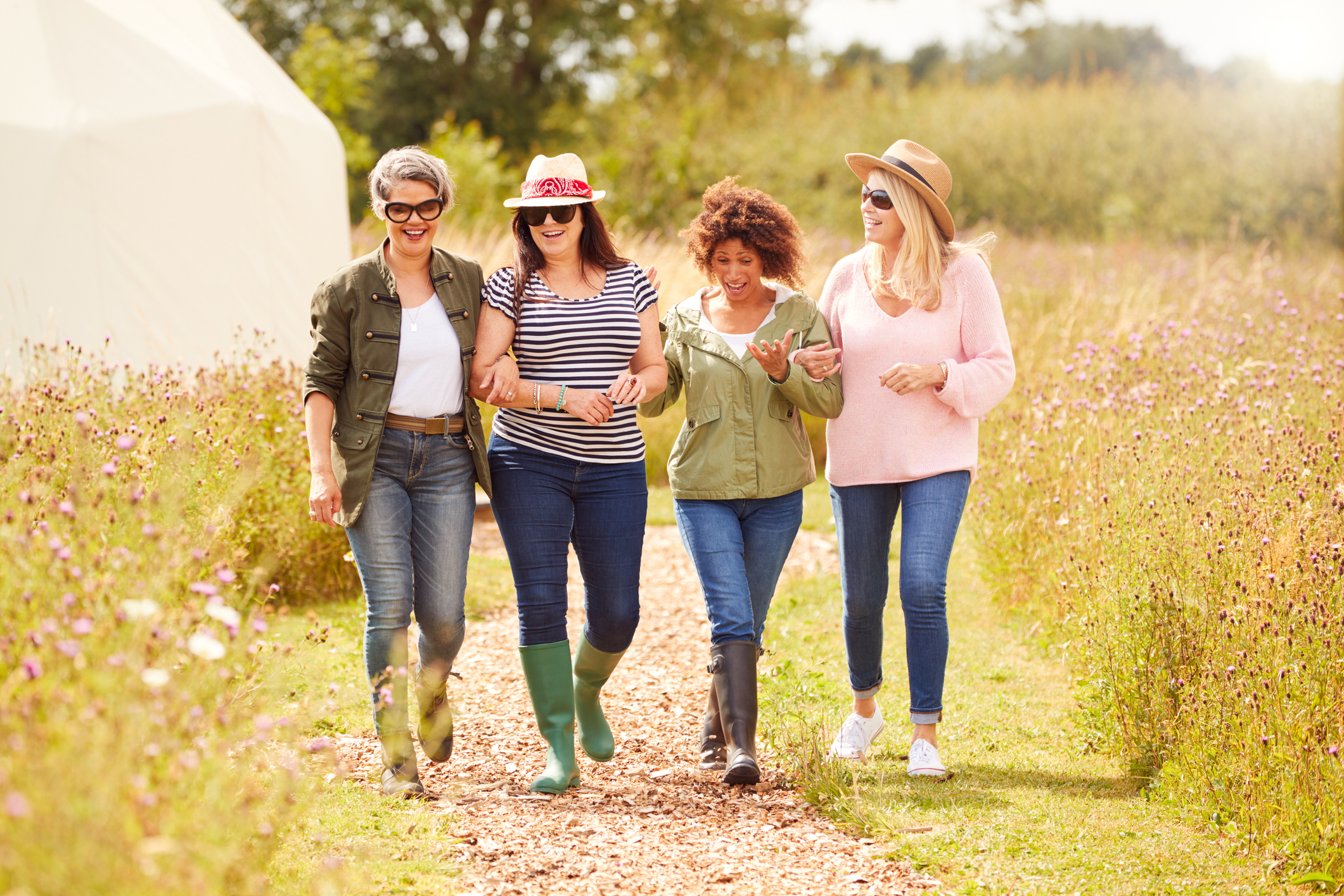 I love a good brisk walk. It boosts my energy and metabolism, keeps my heart and blood pressure healthy, and sharpens my mind. Plus, it helps keep my immune system in tiptop shape.

Now, a huge study using the genetic data of more than 400,000 U.K. adults, found there is a clear link between walking at a brisk pace and slower biological aging.

A link so strong, in fact, that a lifetime of brisk walking could shave more than a decade off an individual’s biological age by midlife.

Here’s how they came to this conclusion…

A brisk walk could be key to slower aging

Walking is one of the healthiest habits to fall into. But when you pick up the pace, something amazing happens to your telomeres, little DNA caps that work like harbingers of aging.

Telomeres are the “caps” at the end of chromosomes that protect them from damage. Their role has often been compared to how the cap at the end of a shoelace keeps it from unraveling.

Each time a cell divides, these telomeres become shorter, until finally, they become so short that the cell can no longer divide. At this point, apoptosis, or cell death is triggered. That’s why scientists consider LTL a strong biomarker for biological aging.

Short telomeres are synonymous with aging, frailty, disease and death, so you want to keep yours long for as long as you can — and walking briskly just may do the trick.

The researchers found that a faster walking pace was associated with longer telomeres — regardless of the amount of physical activity — and could translate to the equivalent of turning your biological age back 16 years.

Now, this isn’t the first time you’ve heard walking has positive health benefits. But this study is the first of its kind to compare genetic data with both self-reported walking speeds and actual measured movement intensity by wearable tracking devices.

“Previous research on associations between walking pace, physical activity and telomere length has been limited by inconsistent findings and a lack of high-quality data,” says lead author Dr. Paddy Dempsey, a lecturer and research fellow at the University of Leicester. “This research uses genetic data to provide stronger evidence for a causal link between faster walking pace and longer telomere length.”

Dempsey noted that the data from wrist-worn tracking devices also supported a stronger role of habitual activity intensity, or faster walking, in relation to telomere length.

“This suggests measures such as a habitually slower walking speed are a simple way of identifying people at greater risk of chronic disease or unhealthy aging, and that activity intensity may play an important role in optimizing interventions,” he adds. “For example, in addition to increasing overall walking, those who are able could aim to increase the number of steps completed in a given time (e.g., by walking faster to the bus stop). However, this requires further investigation.”

Remember, the study showed a lifetime of walking could possibly turn back the clock as much as 16 years. That means start now to make up for lost time if you’ve not been beating the path.

Walk after dinner, during your lunch break and consider parking out in left field so you have further to walk to shopping destinations or when you run errands or go to the office.

As far as step counts go, you’ve probably heard the mantra that 10,000 steps a day is the goal for optimal well-being. But one study actually found that taking 7,000 steps a day is enough to lower the risk of premature death by 50 to 70 percent.

If you can add in extra steps, that’s great, but be sure to pick up your pace for maximum benefit.

If you consider yourself a slower walker, try picking up your pace until you hit roughly 3 miles an hour. A good way to judge if you’re walking “briskly” enough is if you’re able to sing. If you’re still able to hold a conversation but you can’t sing the words to a song, you’re walking at a good enough clip to make a difference in your health.