Home » A cardiologist’s take on eggs, cholesterol warnings and the new study 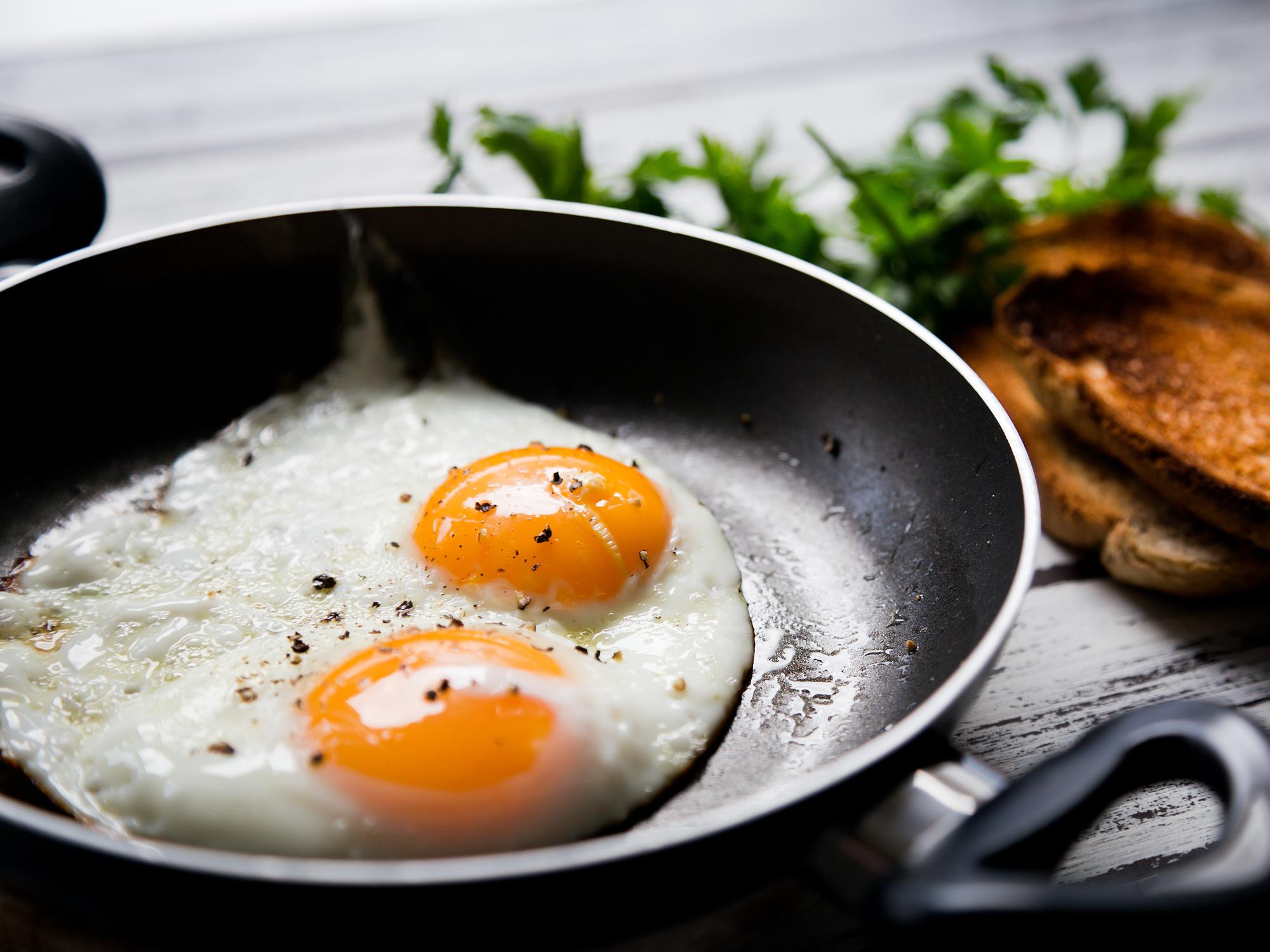 If you’re like me, you grew up fearful of eggs. Full of cholesterol. And saturated fat. A direct, powerful cause of heart disease.

But an egg also delivers 6 grams of complete protein, loads of B vitamins, zinc and choline. At around 75 calories, eggs even provide omega 3 fatty acids, calcium and antioxidants. All important for general health.

Still, with so much conflicting information out there on eggs, it’s easy to see why many people may be nervous about them.

Especially when yet another report comes out, like the new study published in JAMA this month, that examines the associations of dietary cholesterol or egg consumption with cardiovascular disease (CVD).

Are eggs good or bad for you?

Let’s start with cholesterol. A large egg delivers around 180 mg of it.

In the past, dietary guidelines advised limiting cholesterol intake to 300 mg per day, 200 mg if you already had heart disease. That recommendation is now gone, with no specific limits placed on cholesterol intake.

But will the JAMA report put that recommended dietary guideline back in place? After all, the conclusion of the researchers was that higher consumption of dietary cholesterol or eggs was significantly associated with a higher risk of cardiovascular disease.

Related: The health benefits of eggs

According to Dr. Frank Hu, Chair of the Department of Nutrition at the Harvard Chan School of Public Health, it may have rekindled the debate, but, “For those who are generally healthy, low to moderate intake of eggs can be included as part of a healthy eating pattern, but they are not essential.”

In fact, an additional statement at the school’s site suggested that the findings of the study should be interpreted in the context of several previous studies, which have shown that low to moderate egg intake is not associated with a higher risk of CVD in generally healthy people.

What really matters about cholesterol?

Turns out the relationship between food and blood cholesterol is much more complex and more dependent on the intake of saturated and trans fats as well as simple/processed carbohydrates — rather than cholesterol per se.

That doesn’t mean eating high cholesterol foods, like eggs, with wild abandon is now OK. It just means that when it comes to blood cholesterol, it’s the overall quality (and quantity) of the food that matters, rather than the level of one single nutrient.

How about saturated fat? A diet low in saturated fat and zero trans fats has been shown to yield significant cardiovascular health benefits.

Put that all together, and eggs certainly seem to fit with a heart-healthy diet. And extensive research looking at egg consumption and heart disease, much of it coming from Harvard, seems to back that up. Which is why the doctors at Harvard Medical School, based on what we know today, haven’t really changed their thoughts on eggs.

While you were focused on cholesterol, you missed this…

But there’s more to health than heart disease. And this is where it gets tricky: The choline in egg yolks just might be a double-edged sword.

Choline is a water-soluble nutrient that is related to B vitamins. It supports brain function and helps keep metabolism active. It’s recognized as an essential nutrient but recommended daily intakes have not been agreed upon. Eggs are an especially rich choline source — with one egg supplying as much choline as 6 ounces of chicken.

Choline is also a driver of TMAO production. And if you read our TMAO blog, you know TMAO is a bad actor, enigmatic of the complex relationship between our gut bacteria, food, and health. TMAO has not only been found to promote blood clot formation, but it’s also been linked to a heightened risk of cancer development and more aggressive cancer progression.

In omnivores, TMAO levels have been shown to spike after eating eggs. However, other research has documented blunted TMAO responses in vegans fed animal foods (because the makeup of their gut bacteria is different).

So how do I put all of this together?

Eggs might be fine from a heart disease perspective, but intake should still be limited for overall health — especially in people who also eat other animal-based foods.

One thing that’s important to note is that rather than coming from the food we eat, most of the cholesterol floating inside our bloodstream is actually manufactured by the liver.

So, what do I, a cardiologist, do? I try to follow a whole food plant-based diet. I’m not perfect at it, but I’m getting better. I eat Step One Foods every day. And I limit my egg consumption to, at most, two eggs per week.