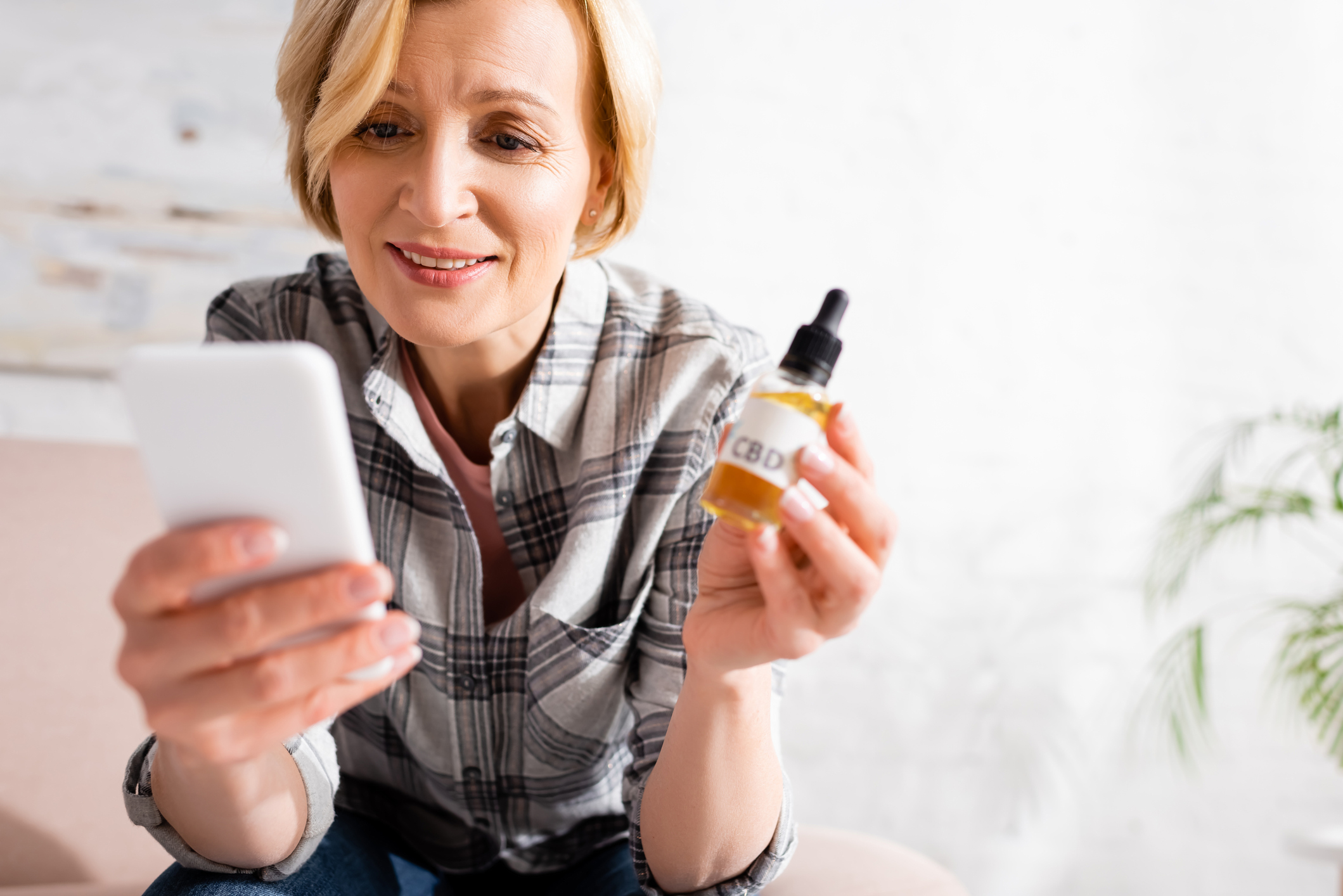 Plaques in the brain are a hallmark of Alzheimer’s disease that accumulate over time, as the disease gets worse and worse. Memories are wiped away, movements become stiff and even walking is difficult due to the damage these plaques wreak.

And while there are now drugs that treat Alzheimer’s, they have nothing that gets to the actual pathophysiology of the disease itself to help rid the brain of those plaques — and fight off the disease at its source.

At least, there was nothing we knew could do this until the results of a brand new study were published…

The research pitted CBD or cannabidiol against those Alzheimer’s plaques.

If you haven’t heard of it (or have heard of it, but wondered what it is), CBD is a natural compound extracted from the Cannabis Sativa or hemp plant. Unlike marijuana, it contains virtually undetectable amounts of THC (the part of marijuana that causes the high), so it’s possible to leverage its health benefits without worrying about psychoactive side effects.

And that’s exactly what the researchers from the Medical College of Georgia at Augusta University did.

The team used mice in the late stages of Alzheimer’s in mice.

The team utilized a two-week course of high doses of CBD and monitored what happened to specific brain proteins that are vital for clearing out those beta-amyloid plaques, as well as the level of Alzheimer’s induced behavior in the mice.

When it comes to restoring the function of two proteins that are key to reducing the accumulation of beta-amyloid plaque and improving cognition, CBD proved to be effective.

Despite being administered in the late stages of the disease, when so much damage has already occurred, cannabidiol was able to amp up both the levels and the function of proteins known as TREM2 and IL-33.

In fact, they discovered that treatment with CBD increased levels of IL-33 by seven times and TREM2 a whopping 10 times.

These two proteins work in synergy to stimulate the brain’s immune cells to consume not only dead cells, but also debris like those plaques — think Pac-Man chomping his way around the video screen.

And if that weren’t enough, the team of researchers also found that CBD also reduced levels of the immune protein IL-6, which is associated with the high inflammation levels found in Alzheimer’s patients.

So in other words, it puts out inflammatory fires in the brain, while sending in a team of housekeepers to clear out the trash. And the studies showed that the result was improved cognition.

The results were so clear and promising that the researchers are even looking into ways to get CBD more directly to the brain, such as with inhalers to try to take the benefits of the natural compound to the next level.

And they also plan to test in early stages of the disease to see if those plaques could be prevented completely.

But for now, it’s worth noting that CBD had a definite effect. It was the one thing that’s actually now been shown to target the actual pathological changes that Alzheimer’s causes in the brain.

Editor’s note: This ‘Sacred Plant’ has been used for at least 4,755 years to relieve everything from pain to bad moods. Isn’t it time you discovered it? Click here to join the major revolution happening in the health industry right now!