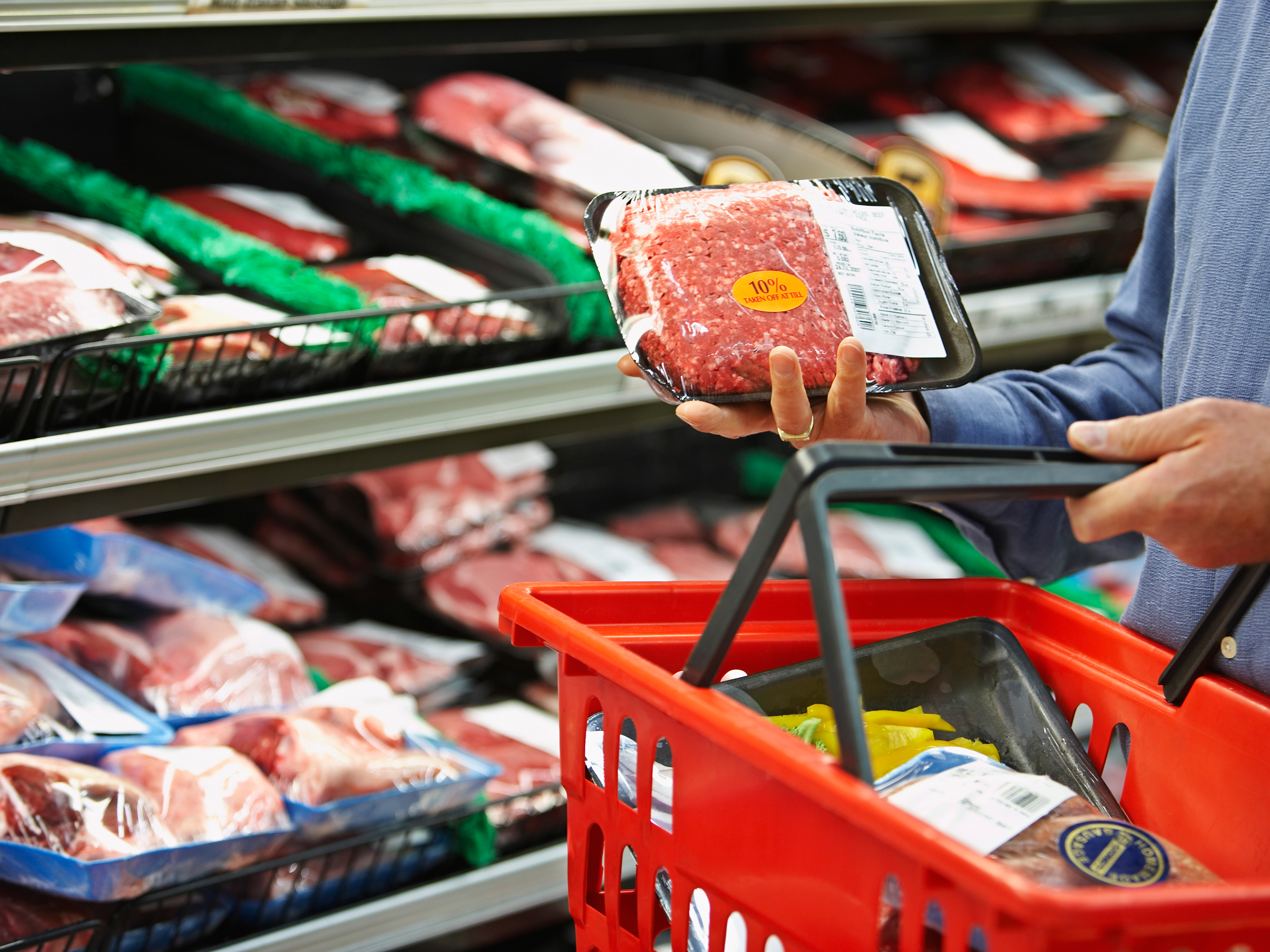 When the World Health Organization (WHO) announced several days ago that processed meats and red meats can cause cancer, many of my friends turned to me and asked, “Margaret, what are you going to eat now?”

I have to admit I was taken aback — by my friends ideas of what I ate. I have followed a paleo diet many years now and I don’t consider processed meats — or any processed foods — part of my paleo way of eating. The meat I eat is grass-fed, pasture-raised and comes to me in its most natural state. So I have no intentions of changing the way I eat. My health has improved far and above what it ever was before I became a paleo fan.

But it’s a common misconception that eating paleo means consuming mass quantities of meat. If you’ve been reading my posts, you know I advocate a well-rounded diet that includes vegetables and fruits. Meat is part of that diet, including chicken, fish and some red meat. However, I know there are some people who went paleo as an excuse to eat meat, meat and more meat. And they’re the ones who need to change their ways — somewhat.

As far as the cancer claims, let’s look at some facts…

Consider dietary research performed at Emory University in Atlanta. In their study, the researchers decided to test the idea that the processed food most of us eat is a key reason colorectal cancer has become such a huge health problem. In the U.S., this type of cancer kills about a thousand people a week and is the second leading cause of cancer death.

In the three-year study, the researchers looked at the bowel health and diets of more than 2,300 people ages 30 to 74. The results showed that eating a paleo diet — sticking to fruits, vegetables, seeds, nuts, meat and fish — offered the best protection against colorectal cancer. Compared to people eating a typical western diet, the cancer risk for women eating paleo was cut by 29 percent. For men, the paleo diet reduced risk by 51 percent.

The Emory scientists conclude: “The Western dietary pattern is associated with higher risk of colorectal neoplasms. Evolutionary discordance could explain this association.”

In other words, eating foods that are closer to the diet humans evolved to consume can help the body stay cancer-free. But the “Western dietary pattern” — a diet filled with grains and sugar that have had their beneficial nutrients removed during processing — makes the body more likely to fall victim to disease.

And most of the processed meats eaten in the Western diet fit this bill. Paleo Way expert nutritionist Nora Gedgaudas criticized the World Cancer Research Fund and said there was a “potentially huge” difference between McDonald’s hamburgers, hot dogs and nitrate-laced bacon, and grass-fed meat.

“Red meat consumption was not separated in any way from whatever else anyone was eating or doing to their health (alcohol intake, sugar consumption, grains etc. or other lifestyle factors),” she said.

She also added, and I agree, that red meat should only come from 100 percent pasture fed animals, and not from commercially processed meat.

About these “new” cancer classifications

The overview of this evidence of a link to bowel cancer comes from a 2011 analysis by researchers at the World Cancer Research Fund (WCRF), who combined results of several studies.

Their evidence suggests that it’s most likely the processing of the meat, or the chemicals naturally present within it, that raises the cancer risk.

But still you need to know what your RISK is if you eat processed meats like salami, bacon, sausages and hot dogs that have been classified as a Group 1 carcinogen. That seems really scary, but while other substances in this same classification include alcohol, asbestos and tobacco smoke, they do not all share the same level of hazard. As Dr. John Ioannidis, chairman of disease prevention at Stanford University, said in a New York Times interview, “The risk attributed to smoking, for example, is many orders of magnitude greater than the risk associated with eating red meat.”

Red meats, like beef, pork and lamb, were given a Group 2a classification, meaning these meats are considered a “probable” cause of cancer.

I found a great visual at Cancer Research UK that helps explain the risk levels quite well: 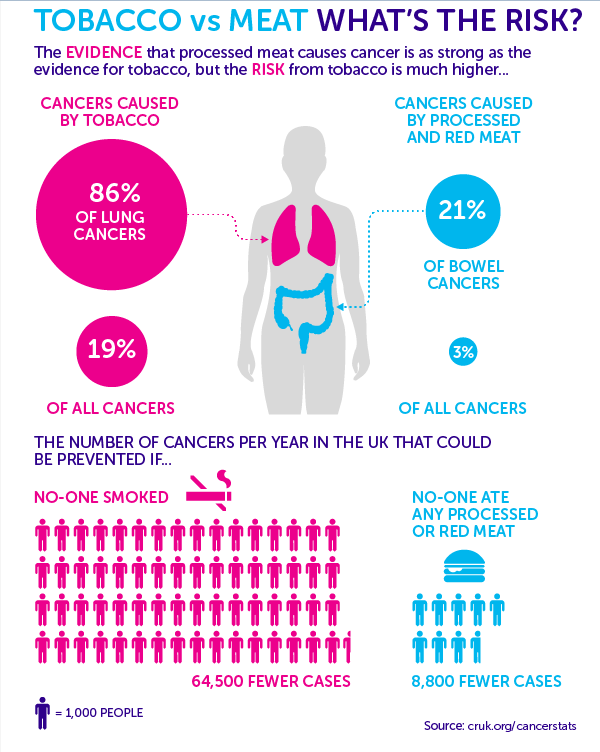 Now these stats are based on the number of cancers in the UK , but people are people, so I think it gives you a pretty good idea of risk. Compared to the big scary cancer risk from smoking, the risk of cancer from processed meats does not seem as scary.

So what would I tell you? Stay away from processed meat anyway (and all processed foods!), and if you eat red meat, do so in moderation, which is what we’ve been advised to do for years. Add more free-range chicken and cold water fish to your diet. There’s no strong evidence linking fresh white meats such as chicken, turkey, or fish to any types of cancer. And don’t forget the all-important fruits and vegetables which are chock-full of anti-cancer properties.